Birth of the DIY Malaria Detector

For Pieter van Boheemen and his two friends, what started off as a hobby developed into a company. The trio... 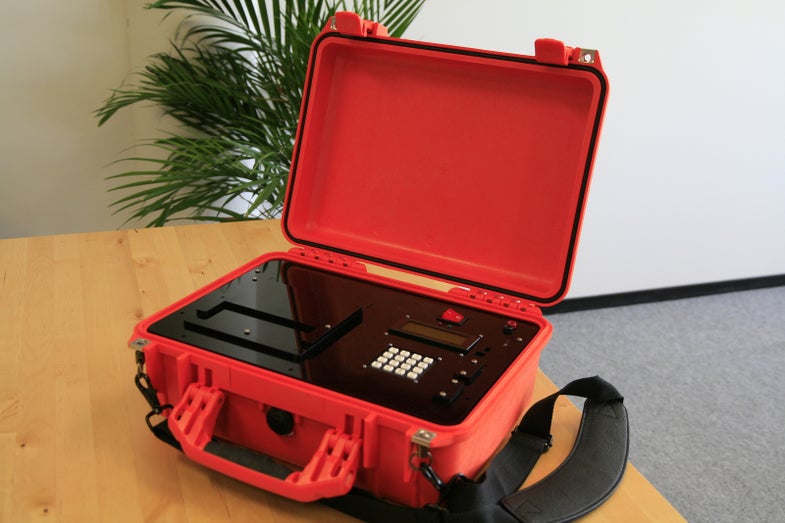 For Pieter van Boheemen and his two friends, what started off as a hobby developed into a company. The trio was tinkering with a homemade DNA copy machine, called a PCR machine, which they had made out of a hairdryer and an Arduino microcontroller, when they stumbled onto a powerful application—a faster, cheaper, more accurate test for malaria.

“We literally built the first device on the kitchen table,” says team member, Wouter Bruins. “To be honest, if it hadn’t worked the first time, we might have dropped the project altogether. Thankfully, it worked.”

Van Boheemen, Bruins, and Jelmer Cnossen named their prototype and the company Amplino. The device uses a technique called qPCR, or quantitative polymerase chain reaction, which is an update on a biotech staple since the 1980s. PCR machines are able to duplicate highly specific segments of DNA (you can see how here). Scientists can use it to diagnose disease by taking a blood sample and copying DNA specific to an individual pathogen. If the disease causing pathogen is present, the PCR will register lots of DNA. Alternatively, if the pathogen is not present, no DNA will be found. The problem is that it takes hours. But qPCR only takes minutes because it simultaneously copies DNA while identifying it with a chemical that makes the pathogen’s DNA fluoresce.

The Amplino requires neither a lab nor a technician. The examiner gets a pinprick of blood from a patient, puts it in a cartridge and then loads it into the machine. Other rapid diagnostic tests already exist, but none have the same sensitivity. “What’s different here is that we can test for specific strains of malaria and use GPS (Global Positioning System) to track cases,” says Bruins. The results are recorded in Amplino’s database and tracked on a map to help healthcare workers predict potential outbreaks.

In 2010, 1.5 billion diagnostic tests were needed, but only 155 million tests were delivered the following year, according to the World Health Organization. “There’s a lot of people who still need help,” says Bruins.

Last year, Vodafone awarded the team €40,000 to commercialize the prototype. The endorsement brought in new investors and opened doors to the medical establishment. The Johns Hopkins Malaria Research Institute in Macha, Zambia approached the team for field testing. This spring, they’ll pilot the device under the hot, unpredictable conditions of the Zambian savannah. The team hopes to follow up on the tropical island of Sumba, Indonesia.

Amplino is scheduled for production in three years at roughly $250 each. “I don’t see many issues production-wise. We’re already in talks with a group in China. But bringing it to the field is the challenge,” says Bruins.