Is a diet based on your genome the future of nutrition? 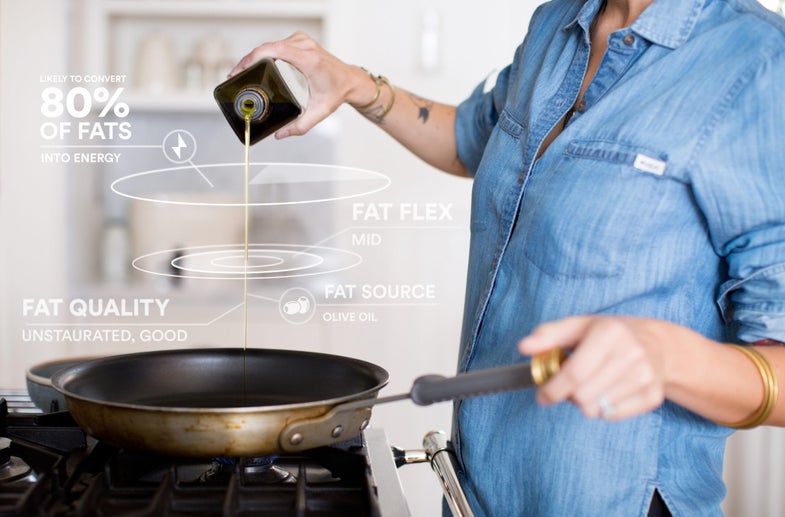 Dieting in the United States is a multi-million dollar industry. Over the past few decades, there have been diets that focus on increasing protein, eliminating fats, lowering calories—you name the food group, a diet fad has been centered around it. It’s clear that Americans want to lose weight, but we are far from mastering the art. A new California-based company is working to get at the root cause of why it believes diets fail: None of them focus on the dieter’s unique genetic makeup. Habit‘s “personalized nutrition” program would analyze a person’s DNA to create an individualized food plan and deliver those ingredients to the user’s home. The company officially launches today, with its services beginning in early 2017.

A main focus behind any diet plan that focuses on weight loss is to decrease the number of calories a person ingests. But a growing body of research suggests that one of the reasons diets often fail is that the same foods can affect people in incredibly different ways–the same meal provides more calories for some and less for others, and can spike glucose levels at varying degrees depending on the individual. For these reasons, it’s hard to create a diet that will work for everyone. That’s why many scientists are turning to the idea of personalized nutrition or nutrigenomics: Analyzing our DNA to figure out what foods will make us healthiest.

“We have always taken a one size-fits-all approach to dieting, and most [dieters] try and fail,” says Alan Greene, a pediatrician and physician-advisor to Habit. He says understanding the complexities of our biologies first and figuring out the blueprint that fits it best will lead to success in an industry that has most often failed.

Habit plans to use genetic markers to identify your ideal meal, and send that meal directly to your door. Customers receive a blood sample kit. After a DIY finger prick, you send your blood samples to a lab where they are used to identify a series of biomarkers that look for genetic variations in your DNA that affect how you break down and metabolize foods.

Customers are also sent a drink called a “metabolic challenge.” Meant to represent a typical American diet, the drink is a cocktail of fats, sugars, and carbohydrates that “challenges the system.” After consumers drink the beverage, they take another series of blood samples which test their blood sugar and lipid levels to see how well their bodies withstand the fat and sugar. Finally, consumers provide a series of body metrics like height, weight, and waist circumference as well as lifestyle habit like how often a person walks, runs, or exercises. All of this analysis leads to a personalized meal plan of foods that works best for the user’s body.

When Habit launches its first home testing kits and food delivery services in January, it will likely be the first personalized direct-to-consumer complete nutrition program, suggesting foods not based on calories, nutrient-type, or quantity, but on how your own personal genetic makeup responds to food, and providing customers with food deliveries, follow up testing, and nutrition coaches. For example, some consumers (those lucky few) could be advised that their bodies process carbohydrates best, while others could be told that they are something called a protein seeker and would thus benefit from a diet high in protein and low in carbohydrates and fat, as their bodies have a harder time processing those sugars and refined carbohydrates. Others may find they are particularly fast metabolizers, and need to eat more calories than most people. The biomarkers can tell you other, more subtle things too, like how well you metabolize caffeine.

Science seems to back up this idea. In a 2015 study in the journal Cell, researchers gave 800 people the exact same meal and then tested their glucose levels soon after. They found that despite the meals being identical, the glucose levels among the group varied drastically. This was true not only for foods high in sugar like ice cream but also in foods with lower glycemic indexes, like whole-grain bread. This study also found that a genetics-based personal meal plan helped to decrease post-meal glucose levels overall.

Other studies have found similar results, and the idea of personalized nutrition is currently a large area of research. However, doing this kind of testing is quite expensive, which is what Habit’s CEO, Neil Grimmer, wanted to change. For him, expensive DNA testing and food tailoring helped him lose 25 pounds and brought his body back to his former triathlon-racing self. His goal for Habit was to make this kind of service affordable for everyone. Habit currently costs $299 for the initial testing, diet recommendations, and a coaching session with a nutritionist. Food and follow up testing, which can be done two to three months after, is not included in the initial cost.

Still, Habit is in its early stages and in a similar light researchers are still attempting to uncover all the factors that influence how we digest and metabolize food. As such, the Academy of Nutrition and Dietetics does not recommend nutrigenetic testing as a means of providing dietary advice on the grounds that it does not have enough evidence-based studies to prove effectiveness.

Studies also show that the gut microbiome could have a significant effect on how we break down foods, as well as what nutrients and calories we extract from them. Further, depending on what a person eats, the gut microbiome can change, potentially altering what might be suggested as the best food to eat for that person’s body. Habit doesn’t currently analyze a consumer’s microbiome or take that into account. Greene and many others have agreed, research into the microbiome is still in its infancy and as significant of a role it might play, it’s impossible to make accurate recommendations based on the current research. The company says it plans to stay on top of the research and include further testing like this when the science is ready.

For now, the research alone on personalized nutrition and nutrigenomics makes Habit seem promising as an idea if the science follows through. It remains to be seen whether consumers will enjoy, and follow through with, the foods that they are meant to eat. But Greene notes that the idea of food and nutrition as medicine has long been neglected in western medicine, and it’s about time for that to change. Perhaps Habit, with its consumer focused approach, will achieve what Hippocrates lectured long ago: “Let food be thy medicine and medicine be thy food.”