Why You Can’t Stop Eating Cheetos

A recent article in the New York Times Magazine delves into the science of junk-food craving. 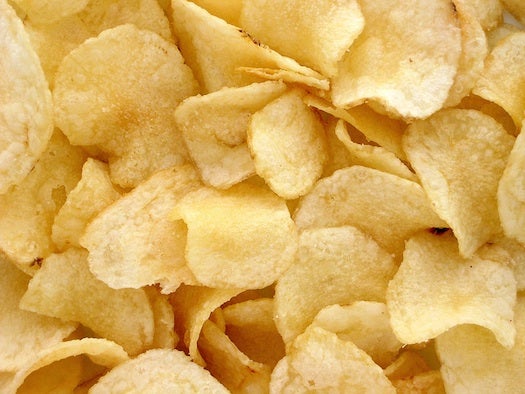 In a recent article in the New York Times Magazine, food scientist Steven Witherly describes Cheetos as “one of the most marvelously constructed foods on the planet, in terms of pure pleasure.”

The cheese puffs’ greatest quality, Witherly says in the article, is its ability to melt in your mouth. “It’s called vanishing caloric density…If something melts down quickly, your brain thinks that there’s no calories in it…you can just keep eating it forever.”

This deception, writer Michael Moss tells us, isn’t accidental: snack food companies do a lot of research in order to design foods that fool your mind and bewitch your taste buds into a constant state of craving–a state industry insiders call “the bliss point.” To achieve this “bliss point,” Moss writes, food designers pay close attention to something called “sensory-specific satiety.”

“In lay terms,” Moss says, sensory-specific satiety “is the tendency for big, distinct flavors to overwhelm the brain, which responds by depressing your desire to have more.” To avoid this, successful junk food products like Coca-Cola and Doritos consist of “complex formulas that pique the taste buds enough to be alluring but don’t have a distinct, overriding single flavor that tells the brain to stop eating.”

The problem, of course, is that eating a lot of junk food has consequences. The act of eating Cheetos may be purely pleasurable, but the feeling you get when you realize you’ve just eaten an entire bag of cheesy orange puffs is less so.

And that’s just the short-short-term: though Moss doesn’t say how much the junk food industry may contribute to obesity today, it’s clear that America has an obesity problem, and that problem has grown with the rise of the industry: Over the last three decades, obesity rates among American adults have more than doubled, from 15 percent in 1980 to 36 percent in 2010. During the same period, rates of obesity among elementary-school-age kids and teenagers have risen even more sharply, from about 5 percent to 6 percent to more than 18 percent.

A long-term study of the weight and eating habits of 120,877 men and women in 2011 found that the biggest weight-inducing food was the potato chip:

The coating of salt, the fat content that rewards the brain with instant feelings of pleasure, the sugar that exists not as an additive but in the starch of the potato itself — all of this combines to make it the perfect addictive food.