Could We Give Criminals Corrective Brain Implants?

Instead of the death penalty 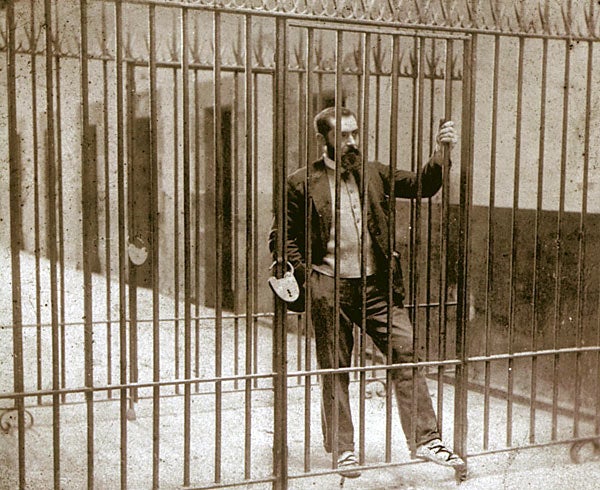 In A Clockwork Orange, the narrator, Alex, commits a heinous crime. In prison, Alex is offered a behavior modification program in exchange for a shortened sentence. The treatment takes away Alex’s ability to make his own decisions—his violent nature is conditioned out of him.

In an article published this week in Motherboard, writer Zoltan Istvan (whose campaign for President we have covered previously) makes a case for a similar piece of technology: a brain implant that could turn the worst criminals into upstanding members of society, rehabilitating them in a way never before possible.

The technology is already almost there, he argues—thousands of people use implants to treat deafness or epilepsy or Alzheimer’s. Some new forms claim to alter people’s moods. And with millions of government dollars pouring into brain research, this sort of implant must be right around the corner. He continues:

I called an expert—Amanda Pustilnik, a professor at the University of Maryland law school and a senior fellow for law and applied neuroscience at Harvard Law School.

Her takeaway? “The story is speculative and interesting, but it gets a bunch of things wrong,” she says.

First, Istvan misunderstands the purpose of the death penalty. If we just wanted to control people’s behavior, then we would just keep them locked up; the death penalty exists as the ultimate punishment, for those who have acted so far beyond the social contract that they can’t be forgiven. It’s not a practical matter, Pustilnik says—it’s an emotional one, one in which society seeks retribution. “The idea that a brain implant could control behavior misses the point. These are people we already control,” Pustilnik says. To Pustilnik, brain implants wouldn’t provide a viable alternative to the death penalty and certainly wouldn’t satisfy its supporters.

There are also lots of pragmatic issues surrounding brain implants in criminals, Pustilnik says. One is that the technology is nowhere near as advanced as Istvan claims. “In two decades, maybe we’ll have something better than we can imagine now—it’s fun to speculate. And maybe if those devices work the way the article hypothesizes, the social norms about punishment will change and it won’t be so retributive,” she says. But based on the information currently at hand, “we are so far away from anything that could control behavior.”

Even if we did have personality-altering devices readily available, implanting them would be an ethical and legal minefield. That’s because a prisoner could not consent to such a procedure from a legal perspective. “Even if a prisoner were to consent, that is highly suspect because it’s not consent that is fully informed or freely given. If a prisoner’s choice is accept the brain implant—along with the accompanying risk and invasion of his physical and mental self—or to spend rest of his life in prison, that’s a highly constrained choice from which it’s not possible to get free consent,” Pustilnik says. Doctors or surgeons bound by current U.S. law of informed consent would be barred from performing such a procedure, as it would deprive a prisoner of his cognitive liberty, covered by the First, Fourth and Fifth Amendments.

“Criminals are not neurologically different than the rest of us.”

Pustilnik also disagrees on the nature of those who commit crimes. “Criminals are not neurologically different than the rest of us—they are a product of environment and opportunity,” she says. Maybe one in a million criminals is violently psychopathic, she says, and they probably need to either be incarcerated or have some sort of technological intervention that might control them. “But the average criminal smoked a little weed, or stole a car, or shoplifted, or never had good behavioral modeling at home so they punched someone in the face. Most people don’t need brain implants. They are not them—they are us.”

So maybe brain implants aren’t the answer to today’s criminal justice problems. To Pustilnik, the best way to use technology to help criminals is to better use what we have now—finding better ways to implement body cameras or GPS ankle bracelets (along with the copious data they produce) could be a huge asset to law enforcement. Or, she adds, the government could help provide recently released convicts with supportive housing and mental health services. That, she says, could go a long way towards stopping the cycle of reoffending criminals.

“There’s such a sexiness around neuroscience, and I love it, but that sometimes deflects us from easier, cheaper, more effective things we could do more efficiently, both now or in the future,” Pustilnik says.