The DHS Is Getting A Wearable Radiation Detector

A Pipboy for the pre-apocalypse 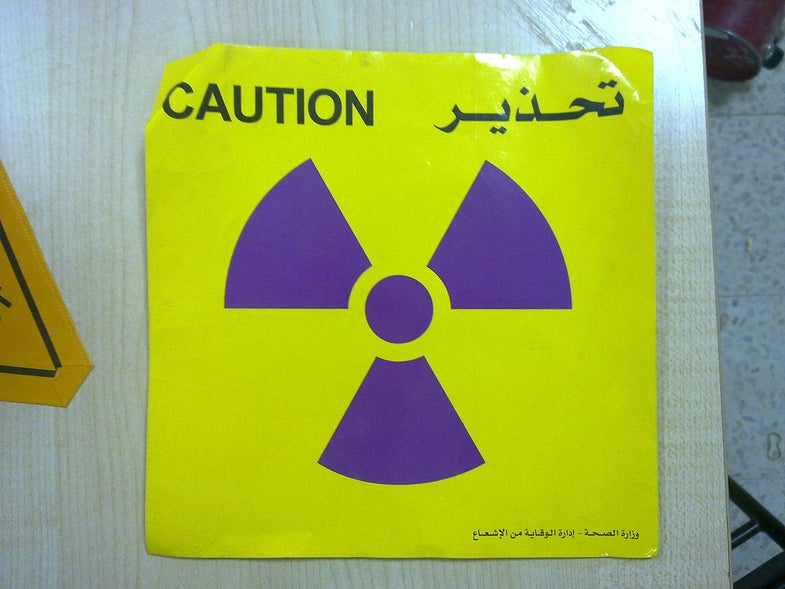 The easiest way to detect nuclear material is typically when it’s already too late. By the time seismographs, infrasound sensors, and radiation readers pick up on a blast, it’s already happened. Catching a nuclear weapon before it goes off is a lot trickier, which might be why the Department of Homeland Security (DHS) is looking at some rather unconventional ideas. The latest: a small, wearable radiation detector. Think of it like a FitBit, only instead of telling its user about calories burned, it lets them know if they’re close to any nuclear weapons.

Huban Gowadia, Director of the DHS’s Domestic Nuclear Detection office, last Thursday blogged that the Department has awarded a multimillion dollar contract to develop such a device. The DHS is calling it the “Human Portable Tripwire.” She writes:

The device will be used by the Coast Guard, U.S. Customs and Border Protection, and the TSA. The project has been in the works for a while; the DHS posted the first notice of the contract in June 2014. The original solicitation called for a system “capable of detecting and identifying radiation/nuclear threats, storing the identification results, and communicating those results in real-time (wired and/or wireless)” to ReachBack, a chemical and radiation threat analysis center. In September, the DHS awarded the $24 million contract to FLIR Detection.

With luck, the devices will help detect threats better than current practices. Without luck, well, we can always play Fallout in preparation.