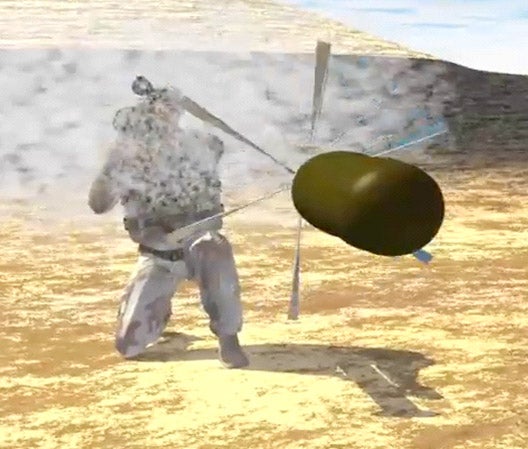 For 99 years, armored tanks have been a part of modern battlefields, shrugging off bullet fire and sending footsoldiers running for cover. The development of anti-tank weapons is almost as old, with people struggling to create new tactics and new weapons that can stop the lumbering warmachines. Countries especially want anti-tank weapons light enough to be carried by a single person into battle, but powerful enough to punch through modern tank armor. For years, DARPA’s been quietly working on a human-portable anti-tank railgun. And now, it appears, China’s working on one too.

Essentially, the weapon will use electricity to bend metal into the specific deadly form needed as it’s fired. If built, a person firing the weapon could adapt their attacks if the vehicle they’re attacking survived one type of shot. Beyond that, details of the weapon in American publications are sparse, but David Hambling at Popular Mechanics appears to have found a paper by Chinese researchers that details a very similar weapon. He reports:

Is imitation the deadliest form of flatery? Here’s hoping the battlefields of the future don’t find out.