Students in Florida have recreated the Bard's world in immersive 3D 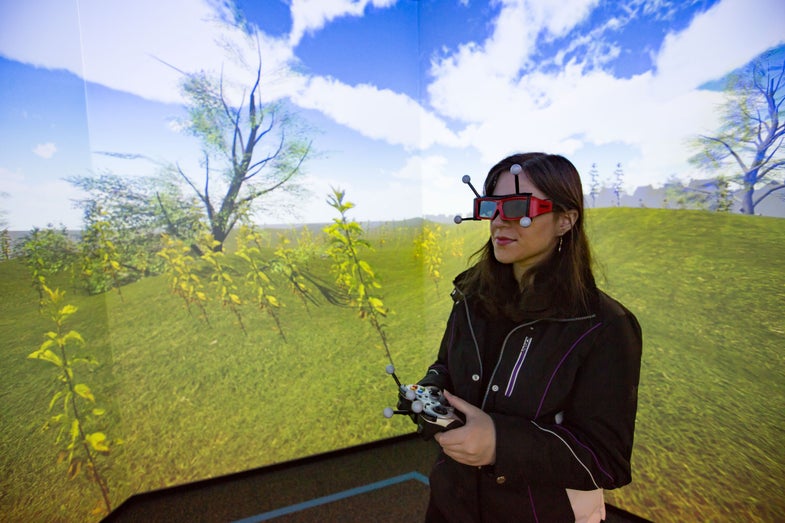 If you’ve ever visited London’s Globe Theater–or seen pictures of it–and wondered what it must have been like in Shakespeare’s time, you no longer need a time machine. Florida International University in Miami has built a virtual-reality facility called the I-CAVE (Integrated Computer Augmented Virtual Environment), which will serve as a center for research in 3D modeling and new ways of presenting educational tools. And the first installment for I-CAVE is a virtual reality experience that recreates the Globe Theater as it would have appeared in 1598.

To do that, a team of architecture students first had to model the virtual environment based on historical drawings of the southern London region. Computer science students then turned those models into a textured, animated interactive experience. And finally, theater students added their voice acting expertise to the project.

Visitors to the I-CAVE will enter a room with giant, high-resolution screens, and don VR goggles. The main VR explorer’s goggles have motion sensors, so they control the experience, though three other people can tag along, too.

The experience may be a shock for some, David Frisch, the English grad student project lead explained in a news release. According to Frisch, going to the theater in 1500s England was no high-brow experience. Rather, “It was loud. It could get rowdy and crazy, and people would throw tomatoes at performers during plays.” (Probably not tomatoes, which weren’t widely cultivated in the Old World until later, but some produce.)

Visitors can interact with other characters, such as a “snobbish Englishman” and a vagabond, as they explore the Globe Theater’s original site and gaze out to the London Bridge. The students who helped create the virtual reality center hope that it provides a new and engaging way to learn about the Bard.