Can A Smarter Gun Prevent A Massacre?

This one has been gathering dust for a decade 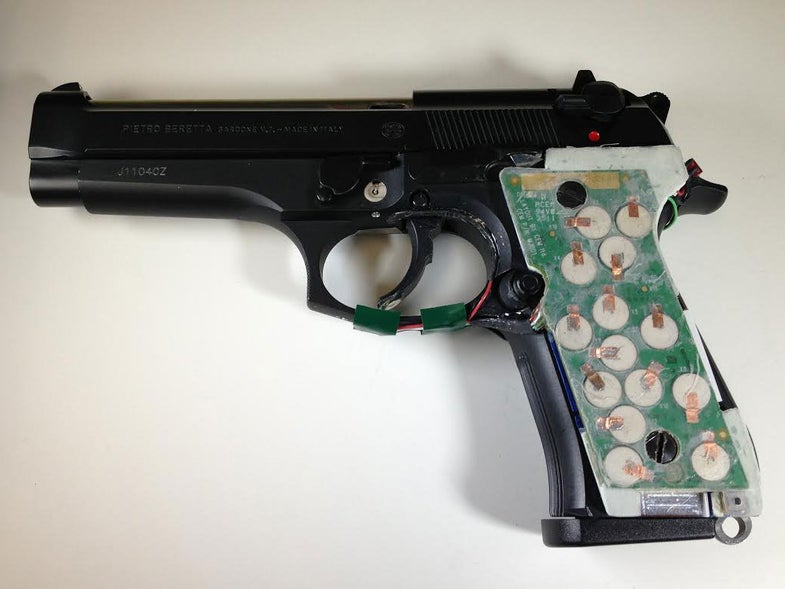 In the wake of another mass murder in the United States, which left 14 people dead at a holiday party in San Bernardino, California, plenty of smart people are asking: What can we do to stop the shooting?

Any mention of gun control is met with Second Amendment outrage. Criminal background checks have proved fallible (as in the Charleston, South Carolina church shooting this summer). And no amount of mental health screening seems to work either. One solution to gun violence, however, has been sitting in a cabinet in a New Jersey lab for nearly a decade.

Michael Recce, a former Intel engineer, designed one of the most novel smart guns ever conceived in the early 2000s. It relies on what’s called reflexive behavior. Our brains are wired to perform certain tasks the same way each time, whether it’s swinging a golf club or signing our names. We unwittingly apply the same pressure, the same stroke, the same follow-through.

Recce’s technology recognizes those factors for each gun owner, along with biometrics like the size of your hand and the distribution of length among your fingers, to make a gun that will only fire when its owner is holding it. With the help of the New Jersey Institute of Technology (NJIT), he and a few others have been trying to get it made ever since.

“We proved that your pressure the gun grip, when pulling the trigger, is the summation of brain and physical activity, and that it happens the same way every time,” says Donald Sebastian, NJIT’s senior vice president of research and development. and the man tasked with bringing Recce’s gun to consumers. 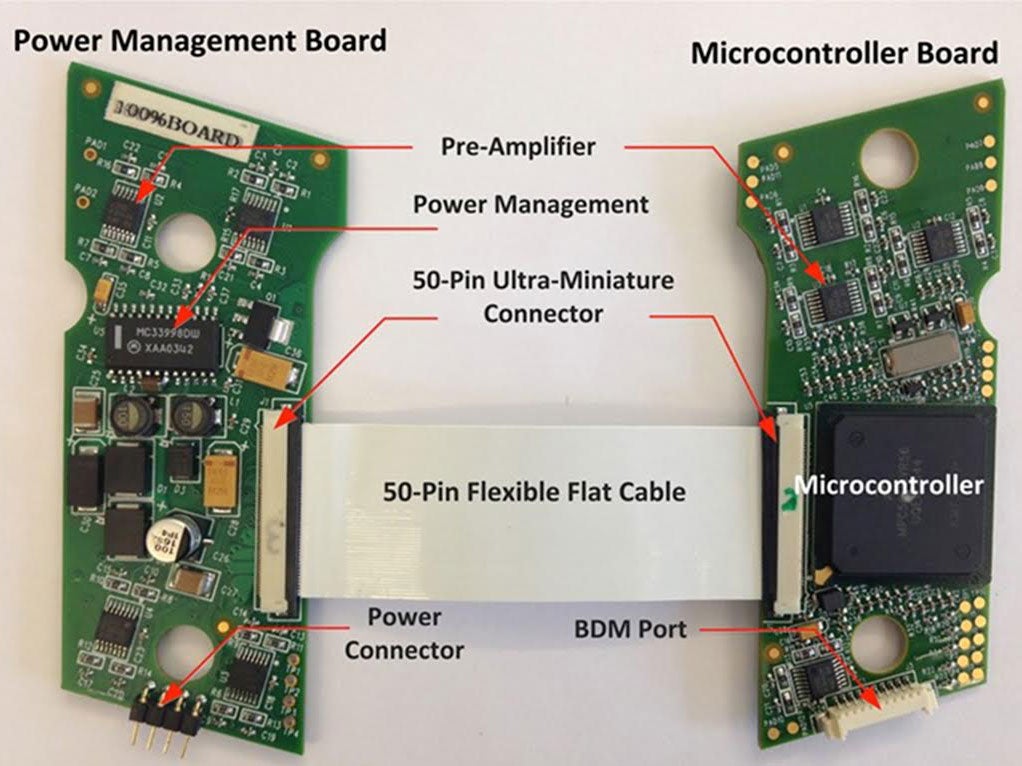 Gun owners have balked at other smart guns because of their fallibility in emergencies. A weapon that requires an owner’s fingerprint to fire may not line up when faced with a home intruder and an unsteady hand. Guns that use radio frequency identification technology require the owner to wear an RFID chip on a wrist band, which might get lost or be hard to find in a crisis. But Recce’s gun actually knows it’s owner.

And that type of technology would have prevented Adam Lanza from firing his mother’s Bushmaster AR-15 rifle inside the Sandy Hook elementary school in 2012. It could have stopped Dylan Klebold and Eric Harris from gunning down 15 fellow students at Columbine in 1999 with guns bought by a friend. It would have left two New York City cops alive instead of executed in their squad car, in 2014, by a career criminal using a stolen handgun.

And it might have prevented the California slaughter, carried out by a couple using two assault rifles bought by another person. (It is still not clear how the couple obtained those guns.)

Illegal guns are used in one third of all mass shootings, according to Mother Jones, which looked at 62 such incidents that took place between 1982 through 2012. It found that less than a quarter of the 143 weapons used in the killings were legally-obtained guns. The majority, of course, were legal.

While no reliable figures exist on the number of illegal guns on America’s streets, consider just one city: Chicago. In the first six months of this year, cops took 3,470 illegal guns off the street. Two years ago, in a special report on gun violence, the Department of Justice noted that 40 percent of state and federal inmates told researchers in 2004 that they had obtained their guns on the black market, from drug dealers, or by stealing them.

The technology in Recce’s gun, which can be fitted to assault rifles, would make those guns useless to those criminals. Even if privately re-sold, Sebastian says the weapon, in theory, would require reauthorization through a licensed dealer.

That the technology isn’t already on gun store shelves is a problem of politics and money. After the NJIT received $1.5 million a decade ago to develop the biometric sensors, and another $250,000 to create the control system that blocks the firing mechanism during unauthorized use, the money has dried up.

“We lost all the public [funding] and we can’t get private funding because no one believes pro-gun activists would ever allow this smart gun to see the light of day,” says Sebastian. It’s happened before. In 2014, German gunmaker Armatix introduced a .22 caliber smart gun that uses RFID technology and found dealers in California and Maryland willing to sell it. That is, until protests and death threats forced those same stores to remove the iP1 from their shelves (Armatix filed for a chapter 11-style restructuring earlier this year).

Still, with the proper funding, Sebastian believes, NJIT could produce a field-tested, evaluated, and ready-for-market smart gun in two years. It could also produce grips and firing mechanisms that could be retroactively installed on other guns. And it’s the type of personalized technology that gun owners might actually find palatable.

But until the cash flows from investors or donors, the smart gun’s disassembled parts continue to sit in a cabinet drawer. It doesn’t even have a production name. “I don’t care if you call it Aunt Sally,” says Sebastian. He just wants to see it get made.