The new Google Earth lacks some important tools for researchers

Fortunately, Google says it will keep the classic desktop app up to date 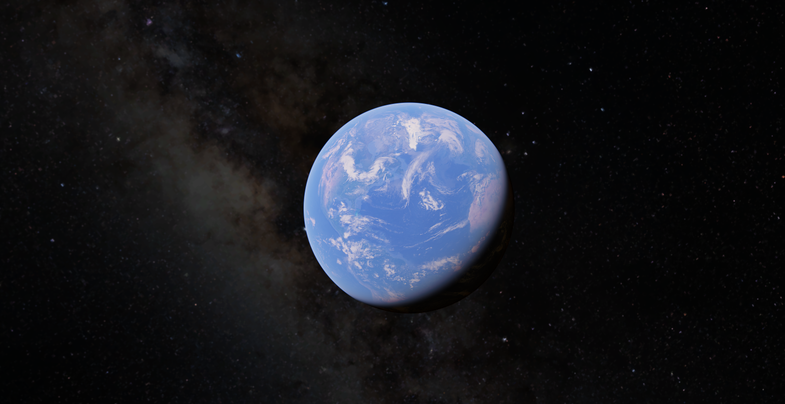 The world is right in the palm of your smartphone-holding hand. Google Earth rolled out a new version of its venerable globe this week, first for Chrome and Android, and later for other browsers and iOS. It is a gentler, lighter Google Earth, a slicked-down tool for exploring and sharing beautiful snippets of the world. Unfortunately, it’s also missing all the niche features that Google Earth an invaluable tool for reporters and investigators across the world for over a decade.

“I first started using Google Earth when it launched and I was a researcher in Seoul,” said Melissa Hanham, who now works as a researcher at the James Martin Center for nonproliferation studies. “At the time I heard about a location where North Korea had launched a missile, and all I knew was it was near a town of Musudan Ri. So I opened Google Earth, I found the town, and just started searching all around until I found the missile pad, and that’s when I became a Google Earth evangelist.”

Hanham now has a formal relationship with Google Earth. While it’s not a paid connection, she is a member of the Google Earth outreach trainer’s network, providing instruction and creating training materials. Google works with nonprofits—like the World Wildlife Fund—that aim to do good with satellite imagery, and it appears to be a mutually beneficial relationship. Google gets to tell compelling stories about the work people do with its utility, and the NGOs get to request more and better imagery so they can do better work.

Google Earth maintains a site devoted to case studies of nonprofits using the technology for good, like mapping slums in India or tracking deforestation in Indonesia, which may have required a special eye towards posting cloud-free satellite images.

“Of all the tools we use, Google Earth is used by far more than any other than Chrome” said Aric Toler, an analyst at bellingcat, a digital journalism outfit that uses open source intelligence, like satellite imagery on Google Earth, to track conflicts around the world. “There’s a lot of really neat features, like historical imagery, so you can track the construction of something, or if you’re looking at an old video you can see if a Mosque is still there or if it’s been bombed out. It’s kind of like it’s time travel.”

After Malaysia Airlines Flight MH-17 crashed in Ukraine in the summer of 2014, from what was ultimately discovered to be a missile attack, Toler and bellingcat used Google Earth to find the spot where the Russian anti-air team launched the fatal missile. “Almost every geolocation we do is with Google Earth so it’s kind of hard to think of any that weren’t done with it,” Toler said. “For example, when we looked at the launch sites for the missile that shot down MH-17. When they fired the missile, it burned a field, so we looked at Google Earth historical imagery and compared the location over time. You can see on one day it’s totally fine, and on a later day it’s burned to hell because they fired a missile.”

Toler says Google has funded bellingcat twice: with a grant a couple years ago, and presently through a Digital News Initiative. The direction isn’t editorial; Toler says he’s interacted with the Google Earth team and conferences an via email, but it’s really the utility of Google Earth as a tool that matters above all.

“A big reason why it’s great is we can make it easy for our readers,” Toler said, “just open up Google Earth and put in these coordinates yourself, you’ve got the site, you can see it for yourself”

And that utility means Google Earth isn’t just a way for observers to track the world, but to add evidence to policy arguments.

“You can actually do analysis on the elevation change over an area,” said Hanham, “so we used that once when we were debunking some myths about underground Tehran facility.”

“In February 2015, NCRI, National Council for the Resistance of Iran sort of made this press statement that there was this secret underground centrifuge facility in downtown Tehran,” Hanham said, “using just Google Earth we could debunk a lot of things about that. We could look at that location and use the time slider bar and see that there wasn’t a ton of construction going on like they said, there was no ventilation for secret underground facility.”

Another feature missing from the new Chrome version is the historical imagery and the time slider, which make it hard to compare change over time in the same location in the browser app. Another invaluable feature that’s on the desktop version and missing from the new app is are annotation tools, where users can drop pins, draw lines, and makes shapes. The markup and annotations can then be easily shared and edited without performing a lot of time-consuming math.

And the functionality of Google Earth has led to some other interesting uses. It plays nice with 3D modeling app, SketchUp (which was formerly owned by Google), so Hanham’s used the combination to import images from Google Earth, mocked up buildings, and figured out their heights from the shadows alone. Hanham even has a tutorial on how to do it.

When asked about limitations, Hanham immediately went to legal constraints, not technical ones. Google is a United States company, so it has to follow the laws of the U.S. when it comes to imagery, which have some weird quirks.

“There’s the Kyl-Bingaman amendment,” Hanham said, referring to an amendment to a 1997 Defense Authorization Act, which prohibits U.S. companies from selling high resolution satellite imagery of Israel. “What it means to me is I just go get imagery from other places to look at Israel.”

Besides Google Earth, Toler and Hanham mentioned Bing, WeGo, and Russia’s YanDex, which have their own mapping services with satellite imagery. For places where US law requires poor resolution, like Israel or military installations like the NATO airbase at Volkel in the Netherlands, researchers can get satellite images from other countries. . (Volkel is a suspected storage location for NATO nuclear warheads, used to appear pixelated on Google Earth and Google Maps, but when I checked on Google Earth this afternoon with the new Google Earth, it appeared without any obstruction.) Wikipedia maintains a list of satellite map images with missing or unclear data, some of which can be found on some mapping services but not others. Future site of the Burj Khalifa

Take in 2005, this picture shows the location of the world’s tallest building, before it was built.

Another limitation is that interest dictates what’s available. There’s a lot of images where people are, in cities like London and New York, and in the conflicts that get a lot of attention, like parts of Syria and Eastern Ukraine. When it comes to less widely publicized conflicts, it can be hard for journalists with a narrower focus to get the same benefit from Google Earth.

“I was working with some Iraqi journalists and also some Afghan journalists, working for local radio stations,” Toler said, “they said they wanted to track this mansion that was being built by this governor because he’s reportedly corrupt, but the newest satellite imagery available to us is from 2002, before the U.S. invasion. What open source research can you do when the latest image was before war destroyed the country?”

It’s possible to buy satellite images that aren’t integrated into Google Earth, but it’s expensive. Hanham says the imagery at Geo4NonPro, a crowdsourced imagery analysis site maintained by the center for nonproliferation studies, cost $60,000, and Toler cites a figure of $3,000 for an image strip from DigitalGlobe. That’s a prohibitive cost for many, so they’re left with what’s already purchased by a company and put online. Which means, as Toler puts it, “The availability is either fantastic or horrid depending on what you’re looking at.”

Still, Toler and Hanham both sang the praises of the Google Earth desktop client as they know it, what Google is dubbing “the classic Google Earth,” and while they have played with the new release of Google Earth for android and Chrome, they’re sticking to the old version of the program until new features get added.

“There’s little things, that aren’t really present in the Chrome version of Google Earth,” Toler said, “There’s a service that’s Google called Panoramio, which has geotagged photos taken by users who submit them. For example, if you’re trying to cross-reference video and see if it was at a specific factory, you can put an overlay in Google Earth of photos normal people took in the area and uploaded.”

Google is aware of its strong contingent of power users, and while the new release seems aimed at a broad base of casual users, Google wants to make sure the power users don’t feel left behind.

“New Earth has a lot of amazing features around story telling but it doesn’t yet have all the features that some people are accustom to in Earth 7 that we recognize are important to a lot of people,” a Google spokesperson said, “So, we’re planning to maintain the classic Earth 7 apps as we build out this kind of functionality in the new Google Earth.”