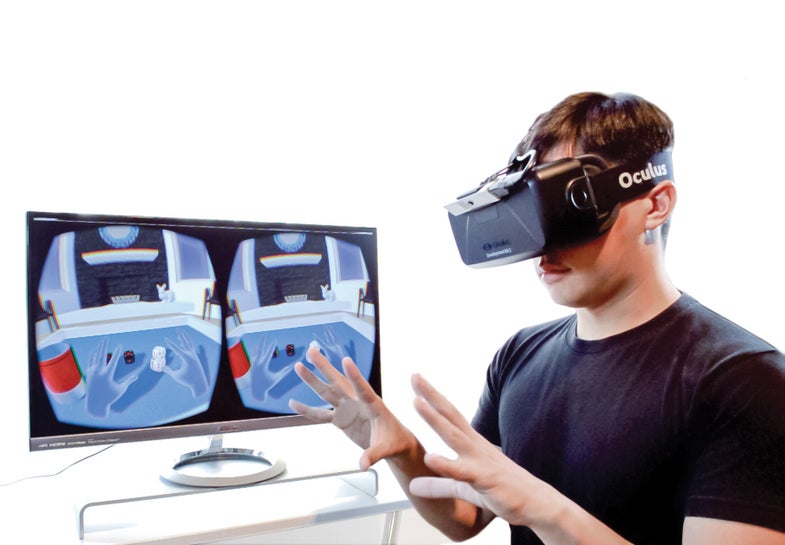 Nimble Sense could let VR users grab and throw a digital object or even pluck the strings of a virtual guitar. Courtesy Nimble VR
SHARE 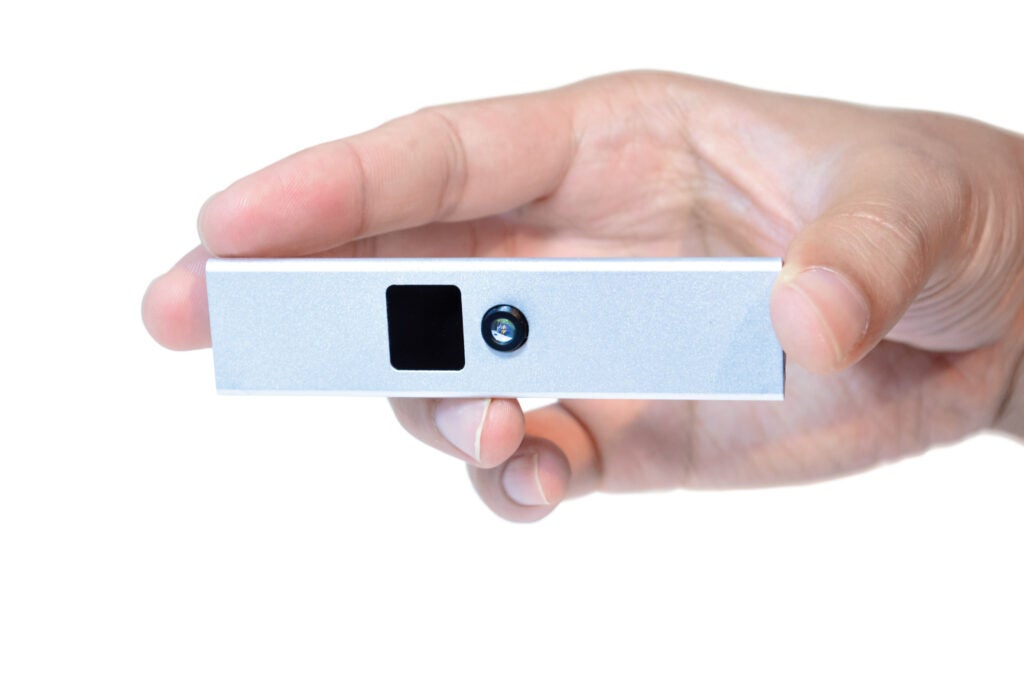 When peering through a virtual reality headset, players can’t see their hands–or use them to interact with their digital surroundings. To solve VR’s interaction problem, software developers Robert Wang, Chris Twigg, Kenrick Kin, and Shangchen Han formed a start-up, courted investors, and got to work.

The four had spent years working with motion-tracking camera systems and developing algorithms that monitor and analyze skeletal structure. With their experience, it didn’t take long to craft software that tracks joint angles and knuckle placement to create realistic virtual hands. But they couldn’t find a camera sensitive enough to pick up such data. “We played with them all,” Wang says. “There was no depth-sensing camera good enough for VR hand tracking.” Existing videogame motion trackers, such as Microsoft’s Kinect, are designed to detect large objects, such as a bouncing 8-year-old several feet away, not subtle hand movements.

The team set out to design its own specialized camera, Nimble Sense, small enough to fit over an Oculus headset and with a field of view optimized for VR. It monitors users’ hands, and software then digitally mimics every gesture. Facebook-owned Oculus VR was so convinced it bought the start-up, Nimble VR, last December. Now, the developers are working to make Nimble Sense even better. “There are still a lot of interesting problems left to be solved,” Wang says. 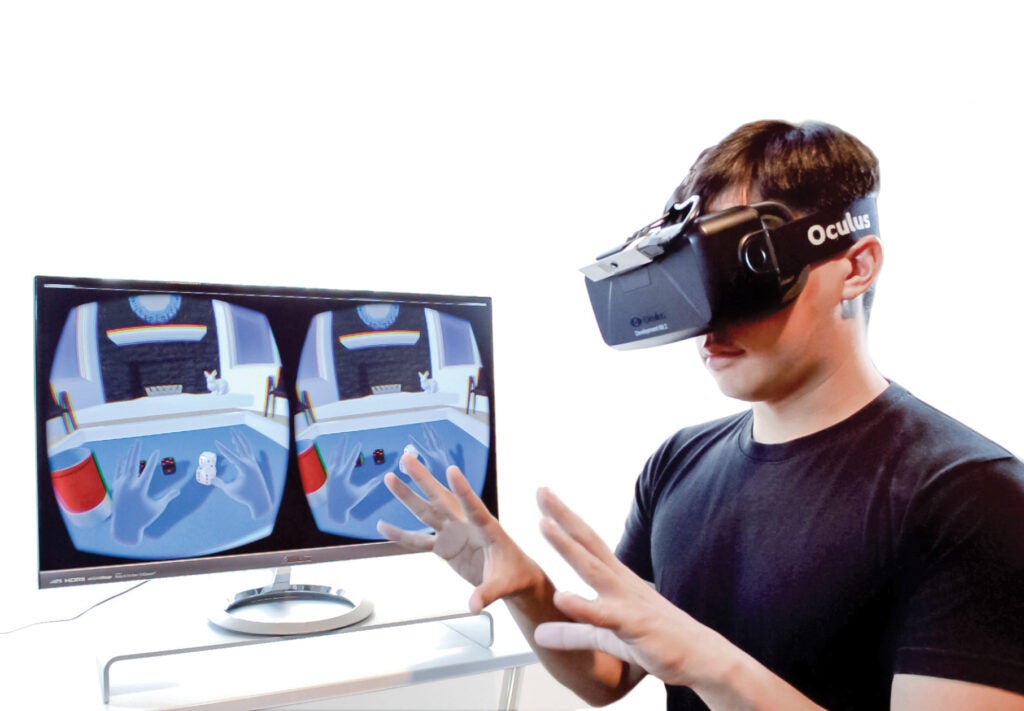 Nimble Sense could let VR users grab and throw a digital object or even pluck the strings of a virtual guitar.