Ouya’s Sale Is The End Of The Crowdsourced Console 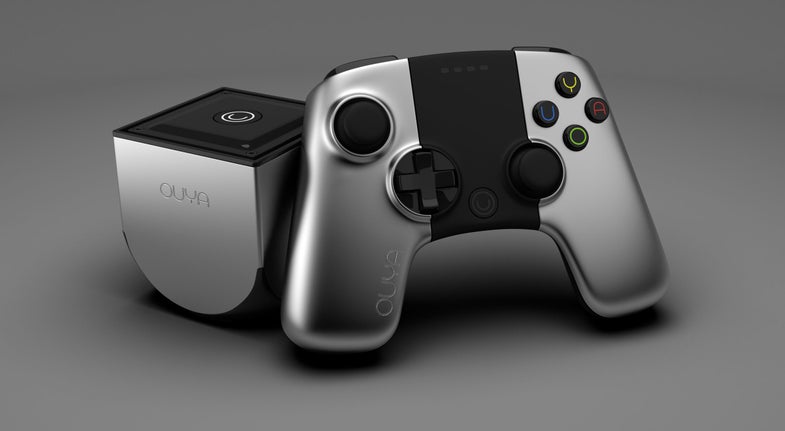 The Ouya console, looking ready to be absorbed by Razer. Ouya
SHARE

Ouya, the most-crowdfunded video game console ever, has officially been sold to Razer, and the dream of a crowdfunded console has gone along with it. To truly prove that a internet-supported, fourth-party game console could enter the mix, Ouya needed to stand on its own two legs; this acquisition by a company best known for computer peripherals shows they just couldn’t do it.

The Android-based cube didn’t make a big splash with consumers: its most popular game, Towerfall, only sold about 7,000 copies, and around 58,000 copies of the console were shipped at launch. For comparison, even the ill-received Wii U sold more than 890,000 units in the first six weeks. Ouya now has around 200,000 users two years after their successful Kickstarter campaign, Razer told TechCrunch. Their Kickstarter initially broke records: at the time, Ouya was the fastest campaign to reach one million dollars, doing so in just 8 hours and 22 minutes.

Despite having 36,000 registered developers, the game makers didn’t seem to take the console seriously either. Towerfall developer Matt Thorson gave Eurogamer an ambivalent quote last year when asked about sales on the underdog console, saying, “being the best game on Ouya isn’t a huge deal, but it is nice.”

Razer has also tried to harness the power of the crowd, crowdsourcing a monstrosity of a “video game tablet” in 2013. Razer took to social media, letting “millions of gamers” determine final specifications for the tablet.

This is Razer’s first acquisition. They’ll support Ouya hardware and software for the next 12 months, but make a push (in the form of incentives) for users to migrate towards other Android-based consoles like Razer’s Forge TV. Other manufacturers like Nvidia and even Amazon are also banking on Android TV becoming a more mainstream platform. The Nvidia Shield hopes to appeal to a more hardcore gaming crowd with Gamestream, software that allows players to stream their games from their PC to a TV, while Amazon has partnered with Gamefly to bring popular titles to the Fire TV.