An unknown Galapagos tortoise species may be lurking in museum bones

An island visited by Charles Darwin may have been home to two, not one, giant tortoise species. 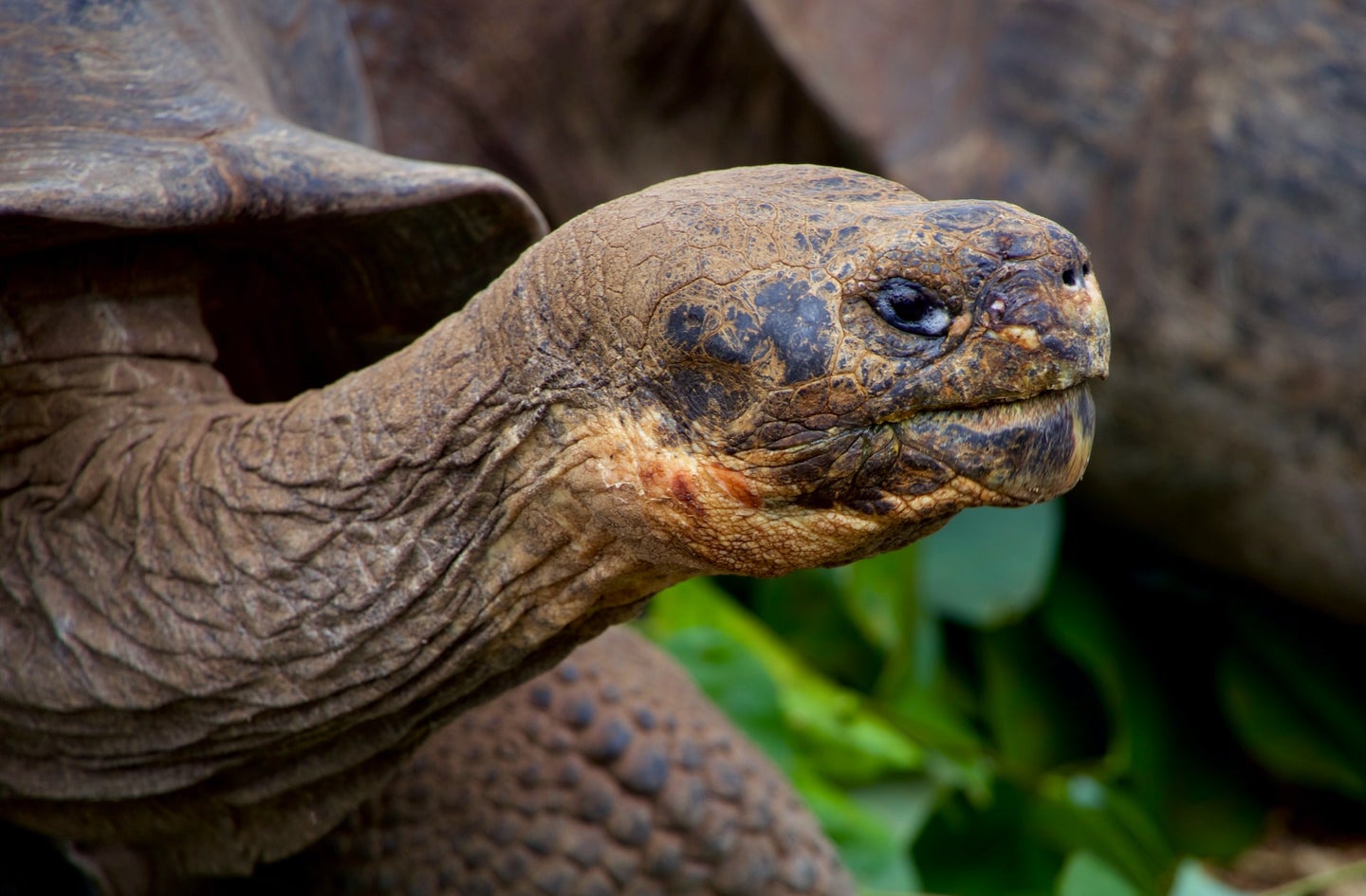 A giant tortoise, one of several species living among the Galapagos Islands.
SHARE

Long ago, a single lineage of tortoises colonized the Galápagos archipelago in the Pacific Ocean. Those tortoises spread out among the islands, and soon the populations grew apart, making each inhabited island home to a distinct species of Chelonoidis tortoise. Or so biologists thought.

The Galápagos island that Charles Darwin landed on, San Cristóbal, was thought to be home to only one species: Chelonoidis chathamensis. But researchers have found that a second, now-extinct lineage of tortoises possibly lived alongside the surviving ones. If the new findings are confirmed, the extinct lineage will keep the species name C. chathamensis, and the still-living tortoises on San Cristóbal will need a new one. The research was published in Nature’s journal Hereditary in February.

“Just when we thought we knew everything about the Galápagos tortoises,” lead author Evelyn Jensen, a molecular ecologist at Newcastle University, told VICE. “Surprise! There’s more things. We have to rework our entire understanding.”

To get to their stunning conclusion, researchers examined old, damaged tortoise bones held by the California Academy of Sciences. The bones were originally found in 1906 in a cave in the central part of San Cristóbal. The team sequenced the reptile’s mitochondrial DNA and looked for possible discrepancies between the living and dead tortoises. That information didn’t quite match up.

Genetic markers from the cave bones weren’t found in the living tortoises, signaling that two lineages once shared San Cristóbal. The still-living tortoises likely dominated the lowland areas of the island, while the second lineage lived in the highlands until their extinction in the mid-20th century, according to the authors.

The Ecuadorian government is delighted by the news of a new species. The country’s environment minister, Gustavo Manrique Miranda, tweeted out a warm welcome: “Good news! Genetic studies carried out by the University of Newcastle, Yale, the Galápagos Conservancy, and other institutions revealed that San Cristóbal Island in the Galápagos is home to a species of giant tortoise not yet described by science.” Ecuador’s Ministry of Environment, Water, and Ecological Transitions, also tweeted out news of the discovery.

[Related: How to turn your garden into a tortoise sanctuary]

But there’s still room for doubt. The findings need to be confirmed with follow-up studies. The authors of the paper write that “based on the data in hand, we can confidently conclude that there was a previously unrecognized mitochondrial lineage.” But without genetic data from cell nuclei, they add, “it is unclear whether this lineage persisted as a distinct entity until its extinction in the 20th century.”

Jensen told VICE the researchers need to sequence longer stretches of DNA from more bone samples before they can confidently rename the current living tortoises. Those bones exist in museum collections around the world, and they might hold the necessary genetic information to reveal the truth about these tortoises.

“It’s a treasure hunt, basically. These bones in the backs of warehouses, museums,” Jensen said. “Those museum specimens are completely changing how we’re conserving the species, and the insights we can get for that.”