It's super-tiny, about the size of your thumbnail. 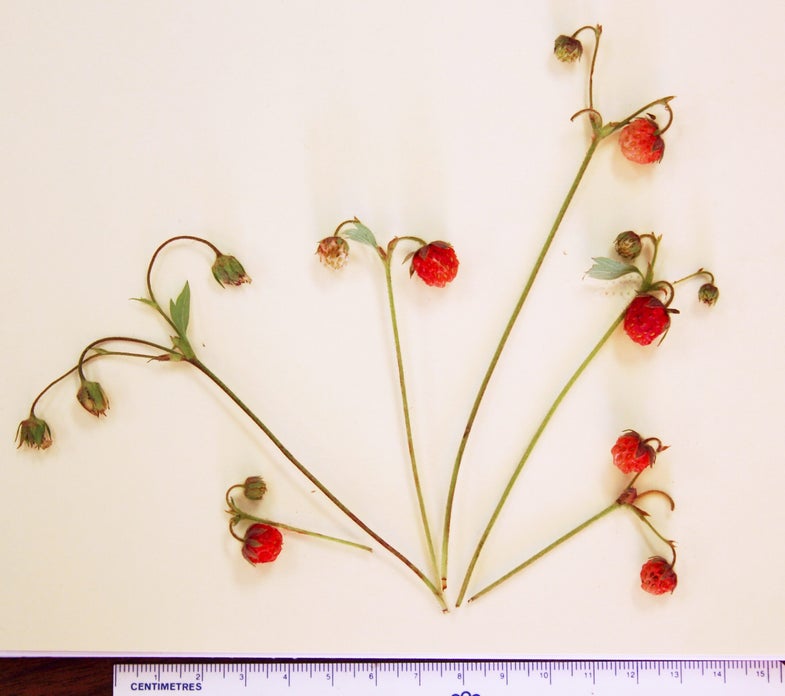 Can I get this job? Researchers have discovered a new species of wild mountain strawberry. It grows in the Cascade Mountains of Oregon, at elevations of 3,000 feet to about 5,000 feet.

The U.S. Department of Agriculture has already squirreled away a sample of the strawberry in its plant bank in Corvallis, Oregon. The U.S. agency manages the bank as a repository of genetic diversity for edible plants.

Other subtle differences set the “Cascade strawberry” apart. It has tiny hairs on the upper surface of its leaves and has comma-shaped, instead of teardrop-shaped, seeds on its surface. (Scientists actually consider each of those “seeds” a separate fruit. They’re called achenes.)

Want to see and taste the new fruit for yourself? Hikers may find the berry growing on the western, wetter side of the Cascade Mountains, off the Pacific Crest Trail, Hummer tells Popular Science. It grows only in Oregon. Hummer suggests rubbing the leaves to feel if there are those telltale hairs. Some may be able to spot the hairs and the seed shape, although Hummer suggests a pocket magnifying glass for those with “older eyes.”

The berries, which ripen in August, are edible. Hummer doesn’t make them sound particularly tasty, however. “Flavor-wise, it had a sugar-acid mix. It has a white interior. It’s soft,” she says. “It would take a lot of developing to make a commercially viable fruit out of it.”