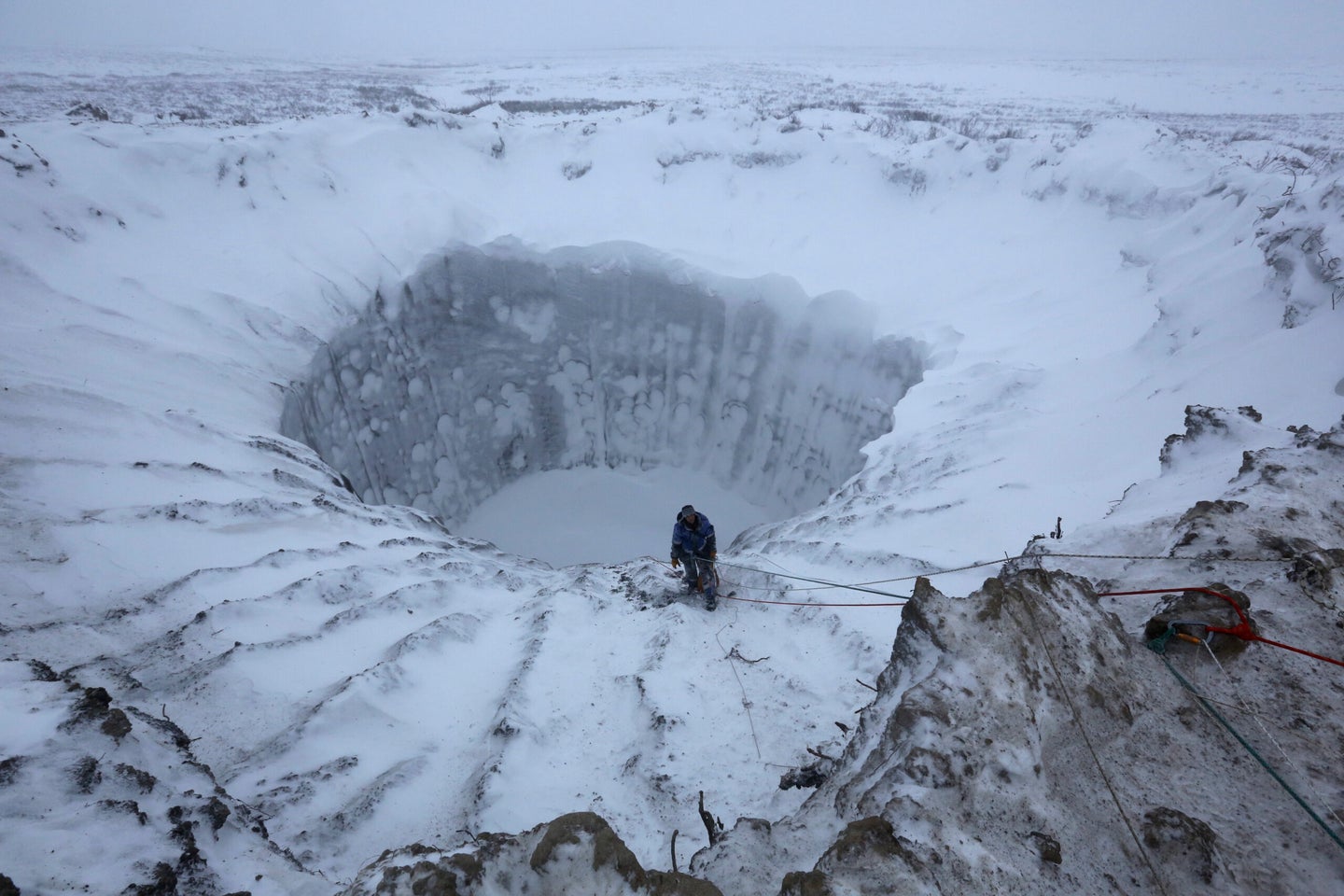 A member of an expedition group stands on the edge of a newly formed crater on the Yamal Peninsula, northern Siberia November 9, 2014. REUTERS/Vladimir Pushkarev/Russian Centre of Arctic Exploration
SHARE

They’re baaack… Remember those weird craters that suddenly appeared in Siberia last year? They just showed up in the middle of nowhere, unannounced and unexpected. At the time, scientists got some awesome exploration pictures that don’t AT ALL look like they could be the start of a Hollywood horror movie.

Now, dozens of new craters were just discovered on the Yamal peninsula in Russia. One of the researchers compared the find to mushrooms, which mysteriously pop up in groups. We still aren’t sure exactly what caused the craters, many of which were first found by reindeer herders, but the leading theory involves methane, a potent greenhouse gas, exploding from the ground.

One source of methane is decaying organic matter, and there’s plenty of that trapped in the permafrost (a permanently frozen layer of ground underneath the top soil in polar regions). When permafrost melts the organic matter decays, potentially releasing large quantities of methane gas. Last time, researchers found some evidence that the craters were perhaps caused by methane exploding into the atmosphere as its permafrost prison melted in warming temperatures.

But as awesome as these craters are, it is also entirely possible that they were caused by something slightly less dangerous than methane gas (or alien invasions). Last time around, some people suggested that the craters were pingos, crater-like formations that appear in the frigid regions of the world. Pingos occur when water seeps into the permafrost and freezes. Because water expands when it freezes, the ice pushes the overlying soil up into a mound. If the ice melts when warmer temperatures arrive, the soil sinks down into the space where the ice used to be, creating a crater.

Yet that doesn’t explain the elevated methane levels that researchers found last year when they went into the craters. Scientists are anxious to get back out to the remote area and see what’s causing them, but trekking into the remote Siberian countryside isn’t easy. Until they get out there, we’ll just have to wait and see