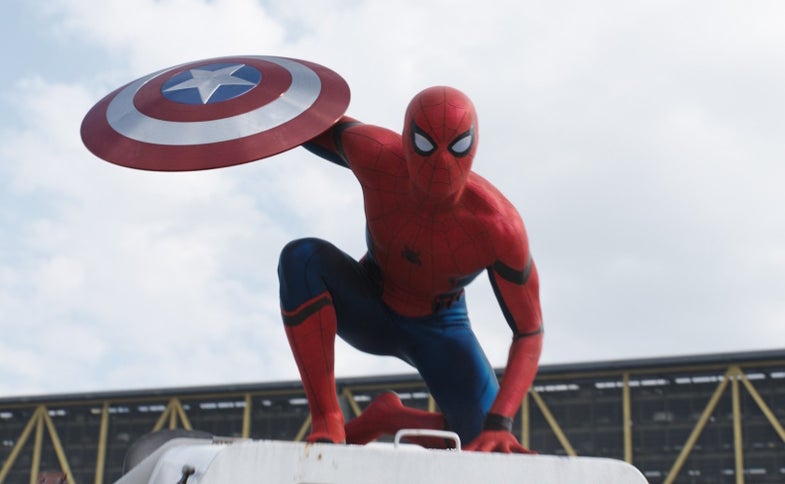 Captain America’s vibranium shield is as iconic as the super-soldier Steve Rogers himself, possibly more so. Though, as Spider-Man points out in the latest Marvel movie, Captain America: Civil War, the shield “doesn’t obey the laws of physics at all.” The arachnid from Queens has a point: Anyone who’s seen Captain America engage in battle will know that he’s able to absorb blows of any caliber with his shield, bounce it off multiple walls, and have it make its way back to him like a boomerang. Much of what Cap’s shield can accomplish makes little sense in the grand scheme of science, but one person has brought the shield one step closer to reality.

The shield shown in the video tutorial belonging to Hacksmith (whom we’ve had the pleasure of sitting down with) is made of aluminum, so don’t expect to absorb blows from Thor’s hammer Mjölnir any time soon. But using electromagnets, Hacksmith was able to accomplish some of the magnetic shield attaching we’ve seen from Cap in recent Marvel movies.

Often, we see the Captain forcefully attaching his vibranium shield to the outside of his left forearm. And in Avengers 2: Age Of Ultron we even see Steve Rogers tossing his shield at a nearby enemy and summoning it back to his forearm from a distance. While bouncing a giant metal shield off of a wall may prove quite a bit more difficult in real life, attaching the shield to one’s arm is possible. Adding a little bit of science to the impossible vibranium shield.

As it states in the video, Hacksmith is running two electromagnets each at 66 volts. At this voltage, each electromagnet can lift 660 kilograms (1,455 pounds)–allowing for double that to be lifted. Unfortunately switching on the electromagnets won’t attract the shield at a distance. Having the shield stick to your arm via magnets requires the metal disk to be somewhat near the magnet.

This all means that you can’t use magnets to summon the shield to you, but it can be caught out of midair using the strong electromagnets. Now if only Hacksmith could bounce the shield off a few walls and recover it like in our reverse GIF. Perhaps we’ll see this in the next video.