The Stakes Are Higher Than Ever In The New ‘Ghostbusters’ Trailer 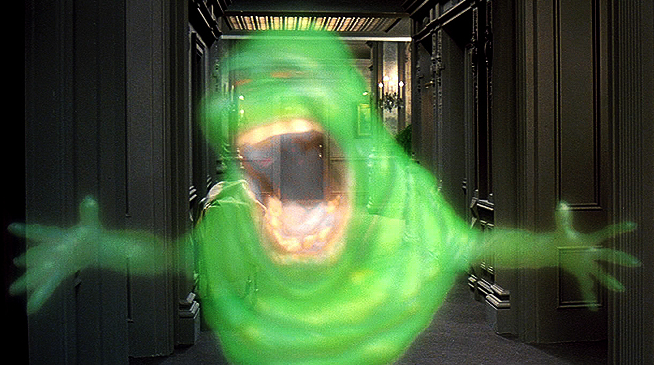 If the second trailer is anything to go by, we now know something of the plot of Paul Feig’s highly anticipated Ghostbusters, which opens on July 15.

A plethora of howling larger-than-life ghosts can be seen swirling around the New York subway system and Times Square since, as Kristen Wiig explains, “Someone is creating a device that amplifies paranormal activity.” Best of all, one of those ghosts is Slimer! Besides comic badass Melissa McCarthy having a showdown with Slimer in the trailer, she can also be seen crowdsurfing the mosh pit of a rock concert where a dragon-like creature emerges. But it’s actually Kristen Wiig who can be seen getting slimed by the projectile vomiting of what appears to be a floating zombie mistress. To our delight, Macy’s Day Parade balloon monsters and even the Stay Puft Marshmallow Man make a scary-cute appearance at the end of the trailer.

The stakes are higher than ever for the Ghostbusters as Kate McKinnon’s character claims that the recent ghost problem is actually more like a full-out “apocalypse.” Meanwhile, The White House seems more than eager to keep quiet in order to avoid mass hysteria.

Despite initial protests from some Ghostbusters fans over director Feig’s choice to remake the original film with an all-female cast, this time, it seems like the best man for a job is a woman. At the beginning of the trailer, cast member Michael McDonald states: “Whatever it is, no one should have to encounter that kind of evil — except you girls. I think you can handle it.” Also, perhaps it’s no coincidence that this Ghostbusters sequel contains a role reversal, where it’s Chris Hemsworth — as the Ghostbuster team’s perky and bespectacled male ‘Janine’-like secretary — who is the one answering the phone.

So who you gonna call?