Jupiter is that little dot getting closer and closer... 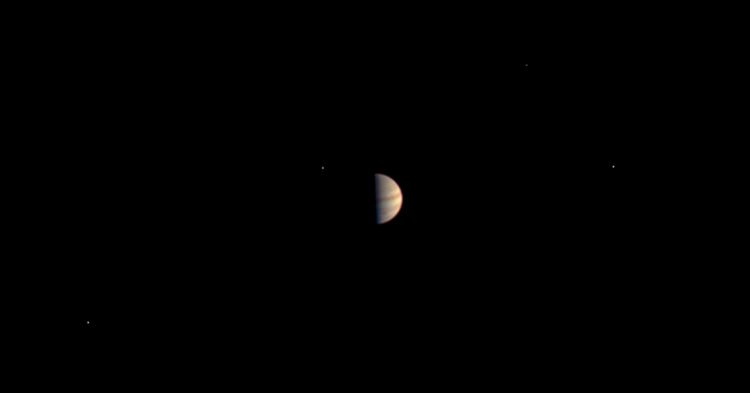 NASA has released Juno’s vacation photos from its approach to Jupiter. Unfortunately they’re about as exciting to look at as that description sounds. And that’s too bad, because the fact that we have these photos is incredible.

See, we’ve all been spoiled by gigantic telescopes that can shoot high resolution, profile-pic quality images of stars billions of miles away.

But that’s from the high tech equipment near-Earth, like Hubble. For these pictures, tiny little Juno didn’t have those advantages. It also had many more hurdles to cross.

Think of it as the difference between a photographer on a hill with a powerful lens and tripod, and yourself in the back of a pick-up truck bouncing down the road with a disposable camera you bought at a gas station. That’s what Juno had to work with for the approach (it will take better pictures in August).

Juno was spinning through space for years before it came into a close enough range to take these pictures. It nailed the composition dead center, and it took 84 photos per frame in different parts of the light spectrum. If Juno’s approach path was off, or its rotation was too fast, all of these images would have been blurry and useless. And they’re not—they’re in great focus (despite Jupiter being only 40 pixels wide at most). To top it all off, the camera on Juno was designed with a lot of other necessities in mind besides high-res images, so we’re lucky we got these at all.

It was really nice of NASA to invite us over and share several gigs of photos from their most recent trip. We can’t wait to go ourselves some day, maybe.