Here's how to fix it 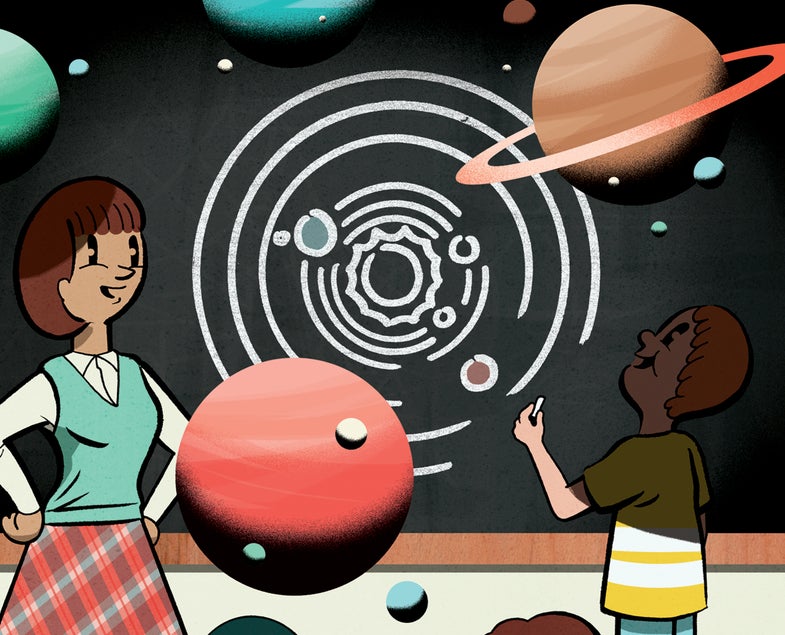 In 2012, a shocking 69 percent of American high-school graduates failed to meet college-readiness benchmarks in science. And in a 2010 paper about math and science achievement, the U.S. ranked last out of the eight countries studied (including England, South Korea, and Hungary). So not only are we unsuccessfully teaching basic knowledge to our kids, but many other nations have figured out how to do it better than us, too. There is no doubt about it: The way the U.S. teaches science simply doesn’t work.

The good news is that a new approach to education could turn these embarrassing statistics around. For the past two years, 26 state governments have collaborated with teachers to develop The Next Generation Science Standards for grades K–12. The standards reflect 20 years of research that show that people learn better through experiences than through memorization. Educators have known this for a while: A 2005 National Research Council report found that teaching is more successful when students are aware of how they learn. A report the council published two years later, written by a committee of 18 science-education experts, concluded that current science-instruction methods are outdated because they significantly underestimate children’s ability to think in a sophisticated way.

How will the implementation of these standards change the classroom? Students will memorize fewer facts; instead, they’ll work to better understand key concepts by asking questions and designing experiments to find the answers. In other words, since scientists don’t just sit around memorizing stuff, students shouldn’t either. Here’s an example of how the new approach will play out: Today, instructors might teach the phases of the moon by showing students photos and demonstrating with a model of Earth and the moon. Under the new standards, students would be shown pictures and then build their own models and discuss with classmates why the moon seems to change shape in the sky. They might get their models wrong at first, just like real scientists. But that’s how people learn best.

Since scientists don’t just sit around memorizing stuff, students shouldn’t either.The new standards will create some challenges—for instance, educators will need to adopt a more flexible teaching style. But the effort will be worth it. The standards will create better scientists and engineers, and—perhaps just as important—they’ll benefit even students who pursue nonscientific careers. Everyone is a science consumer. We must constantly evaluate new information that affects our lives, whether it’s the latest news story on a nutrition study or a report on the psychology behind gun violence. Citizens vote for ballot measures and legislators that influence scientific research and policy, too. Although all 26 states are required to consider the standards, only a handful (including Rhode Island and Kansas) have officially instituted them so far. Those that don’t are doing a disservice to their students and, in the long term, hurting all of us. Every state in the union needs to get on board.