The future of personal assistants 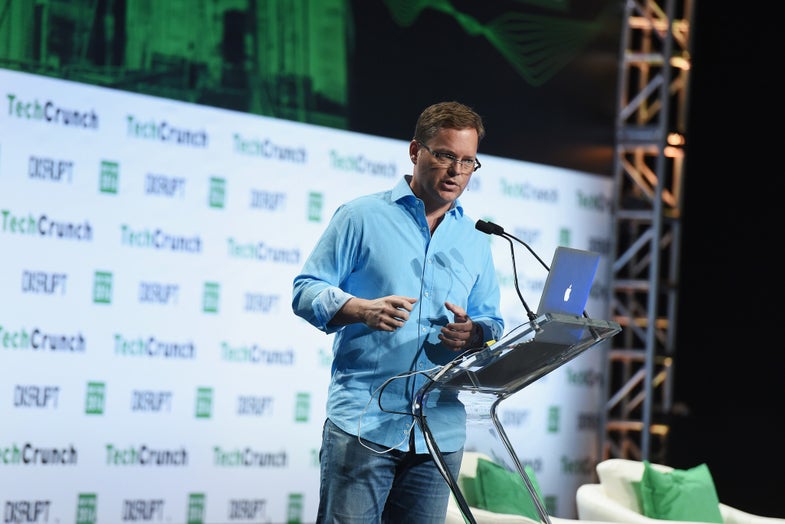 While Siri may only respond to certain commands and doesn’t remember the last thing you ask, you can make extremely specific requests of Viv, like “Will it be hotter than 70 degrees after 5PM tomorrow in San Francisco” or “pay David 20 dollars,” and Viv can answer follow up questions. We caught up with Kittlaus at the Pioneers Festival in Vienna to ask a few questions about how he’s disrupting the virtual personal assistant market.

Popular Science: You helped start Siri and you’ve got a deep understanding of how most assistants work. How does Viv pick up where others leave off?

Dag Kittlaus: Every platform like Viv today basically has a product manager that figures out what the new feature should be. Then a developer codes – hard codes in most cases – a command, “If someone asks about this, do that.’ The problem is you can’t scale that to the world. What Viv does is allow for third party developers to go in—almost like a Wikipedia for AI—and use a set of pretty simple tools to build whatever they want. That allows Viv to scale from the dozens of things that other assistants can do today to thousands, tens of thousands, to who-knows-how-many capabilities. That’s the big leap forward. Viv lets thousands of people from around the world teach it new things simultaneously.

PS: You’ve mentioned that your secret sauce is Viv’s ability to write its own commands. In effect, it’s a program that writes itself. How will that make for a better experience?

DK: In every other case, for any system like it, the individual developer needs to tell the machine step-by-step what to do. The standard is to teach an AI something and then train it to get better and better. You can’t do that when there are tens of thousands of services, particularly when many of them are working together in ways you’d never anticipated. Being able to recognize a user’s intent through natural speech and dynamically write commands in response to that is one of our big leaps forward. That capability paired with lots of services could transform what you use an assistant for, and the frequency with which you depend on it. That is the big thing.

PS: If that’s your big advantage, what’s the big disadvantage? And how do you think you can overcome it?

DK: So we have a two-sided marketplace model – that’s a chicken or egg proposition. We need a user-base and we need developers to create services. Also, we’re competing against companies that have a billion users already. Already a lot of people have gotten involved even before we’ve developed a large user base. Now it’s up to us to get distribution going and create additional draw for developers. Many of them have lots of ideas and see potential business models. We are inundated – completely inundated – with interested parties.

PS: You said you’re making a consumer version. Why?

DK: Yeah, we are. Though Viv will hopefully be in a lot of places, we’re also building a consumer app that will be far beyond most of the other systems. The goal is to create a consumer benefit from day one. Then we just need to keep pressing on creating long-term incentives for developers to participate prior to having 100 million users lined up.

DK: Vastly simplified interaction with everything. I was speaking to a guy last week who’s in his mid-sixties. He was asking me what I was doing. I was explaining it and he interrupted me. He said, ‘Oh, all this techie stuff—I just don’t get it.” I said, “The whole idea behind this is that you don’t have to get it anymore. All you have to do is talk to it.”

Language is this innate, natural interaction mode for all of us. The more things you talk to – in situations and scenarios that make sense – the simpler things get to operate or interact with. What we’re talking about is a world where you’d like to be able to talk to everything and have your assistant do everything.

PS: In that perfect world, what could I talk to?

DK: Well, anything that makes sense. Anything that today has a complex interaction. You’ll be talking to your car; people are already starting to do that. In the US, we waste a billion hours of commute time each year. Imagine sitting in your car and you’re Christmas shopping, talking to your assistant about different presents. Imagine ordering food so it arrives just after you arrive back at your house. You’re also going to talk to talk to your mirror in the morning when you’re getting ready for work. They have the displays ready; they should be out soon. With Viv in your mirror, you could pull up headlines about topics you’re interested in. You could look at images. You know, ‘Pan that up on that one a little bit. Zoom in right there.’ I mean, who knows? There are medical applications, too. It’s all open territory.

PS: What’s the craziest application someone has approached you with?

DK: I had a guy tell me today that the first thing he wants to do is create an application that would allow anyone to code programs with natural language, no actual coding necessary. That’s pretty far out.

PS: Could Viv ever become a true companion?

DK: Without a doubt. I think that intelligent assistants – and hopefully Viv is the winner in this game – will be so commonplace that our kids will ask us how we ever got along with them. My kids ask me how I went to college without a laptop. You’re going to have your digital right hand man, so to speak, and it’s going to be so common for you to delegate the mundane tasks of your life that you can’t imagine life before it. That is the long-term goal. With Viv, we’re going to finish what we started.