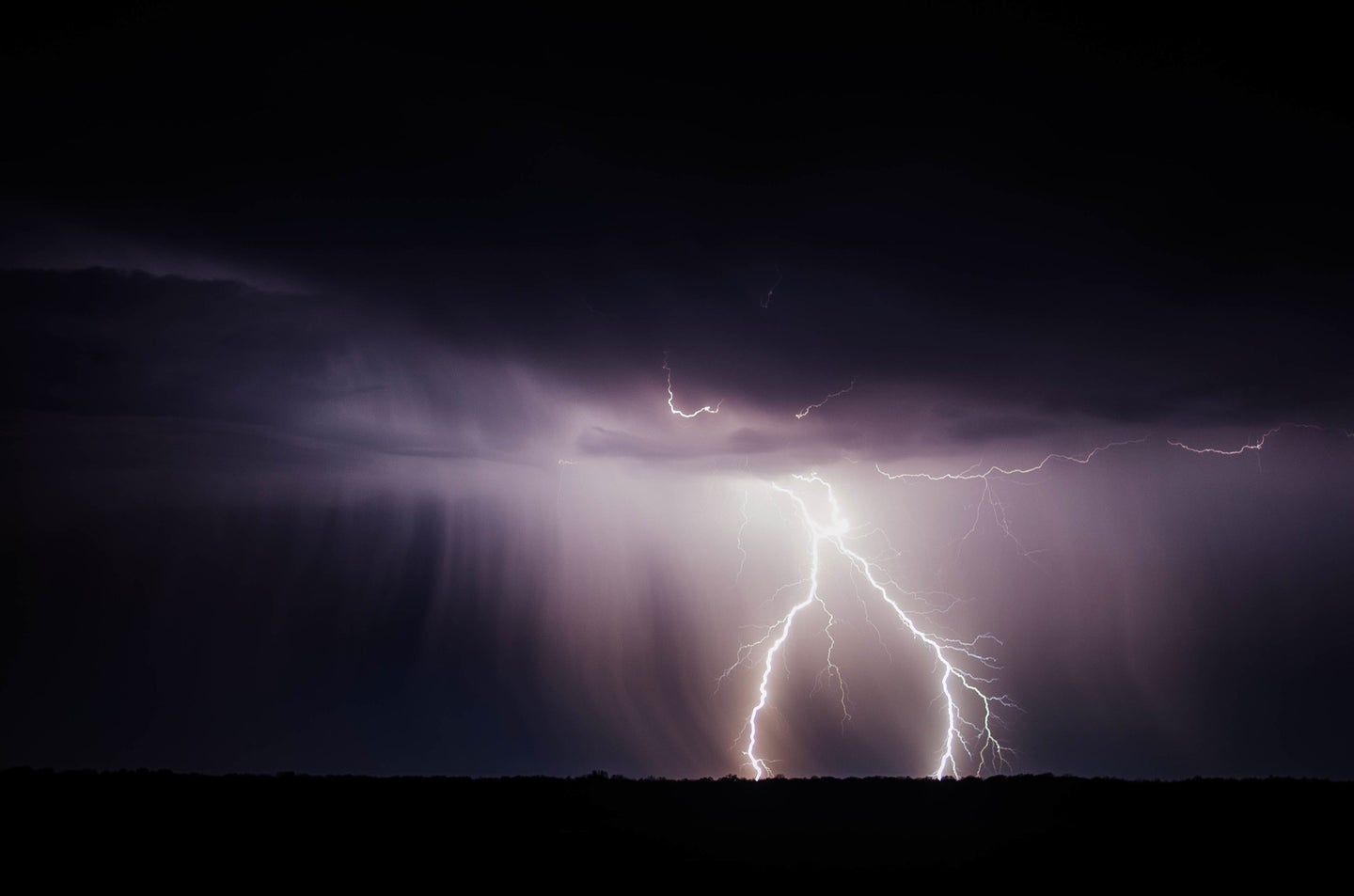 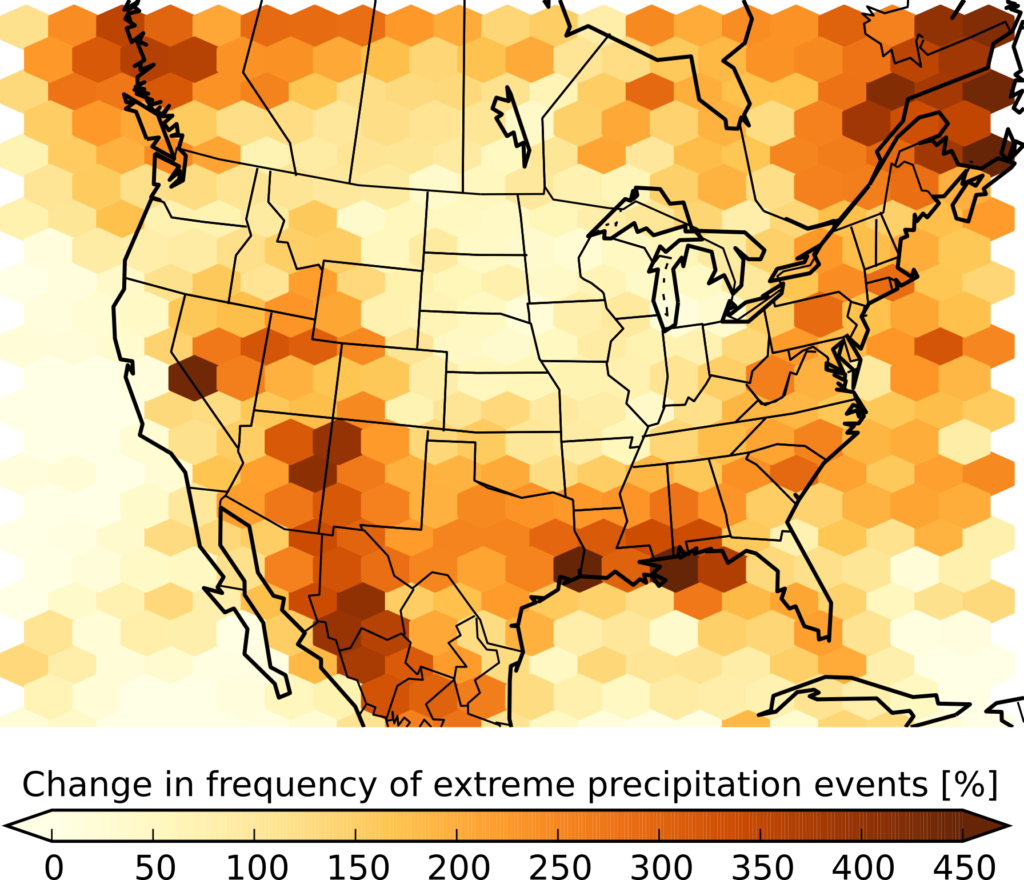 This map, produced by researchers at the National Center for Atmospheric Research in Boulder, Colorado, shows how much more often severe rainstorms are predicted to occur around the United States by the end of the 21st century as compared to the period from 2000-2013.

Warmer air holds more moisture. This simple physics principle could become a problem through the rest of the 21st century. As global climates get hotter and hotter, atmospheric scientists predict that extreme weather events will become stronger and more frequent. In a paper published today in Nature Climate Change, researchers used climate data from 2000 to 2013 to predict that certain regions of the United States will see four times as many extreme rainstorms by the end of this century, and that rainstorms will increase in intensity by up to 70 percent.

“Think about the most intense thunderstorm last summer. In the future climate in some places in the United States, you’ll get as many as five of those [each summer],” says lead study author Andreas Prein, a scientist at the National Center for Atmospheric Research in Boulder, Colorado. This pattern follows the increasing storm frequency and severity that scientists have seen over the past 50 years, Prein tells Popular Science, and he and his colleagues at NCAR think this trend is likely to continue.

In addition to the number of storms increasing, Prein and his colleagues have predicted that the intensity of storms will increase by as much as 70 percent in some parts of the country, with coastal regions being most affected. That means that a rainstorm that dumped three inches of water in 2000 would drop more than five inches in 2100. And while those coastal regions present extreme cases, they are not total outliers. “On average it’s still 35 to 40 percent,” Prein says, “which is still a very large amount of water.”

The shadows cast from these thunderstorms really are #EarthArt. pic.twitter.com/swSwjiyUfm

The modeling software used by Prein and his colleagues is extremely high-resolution, so this particular simulation took NCAR’s computers a year to run. One other limitation of the software, Prein says, is that it can’t account for uncertainties like slowing rates of global warming. “With these simulations you just have one realization of the future,” he tells Popular Science. So while these simulations are accurate given climate trends from 2000 to 2013, the future is not sealed.

Prein says that one of the most important ways to tackle this looming problem is to reduce greenhouse gas emissions, which would slow global warming down. Since warmer air can hold more moisture, rainstorm frequency and intensity will increase as temperatures continue their upward trajectory. Slowing down global warming could help combat this.

Assuming we don’t slow the rate of global warming, though, Prein says communities will need to enhance stormwater infrastructure to become more resilient in the face of these super-rainstorms. This would include building larger drainage systems to get water out of cities, as well as enlarging water storage areas. “Our current reservoirs are not built for these kind of storms,” Prein says.

He points to Boulder, Colorado, as an example of a city that is well-equipped for current weather patterns but will struggle under future scenarios. “We had a significant flood in 2013. It didn’t destroy Boulder because we’d built up this resilience. The question is whether we can handle 40 percent increases.” And this issue of climate resilience is not just technological, but also financial. Some cities simply won’t be able to afford the cost of flood-control infrastructure upgrades.

But again, these scenarios are based on the assumption that climate trends will continue as they have since 2000. The researchers’ next step is to incorporate uncertainty into their simulations, allowing them to look at a future in which weather systems have been altered by climate change. As with their newest study, this next one will take a long time to complete. “I guess it will take another year,” says Prein. Hopefully things won’t have gotten too much worse by then.