Jeff Bezos Finds Apollo 11 Rocket Engines on Seafloor, Plans to Go Get Them

Renowned space fan and would-be space explorer Jeff Bezos is the latest billionaire with his head in the deep ocean.... 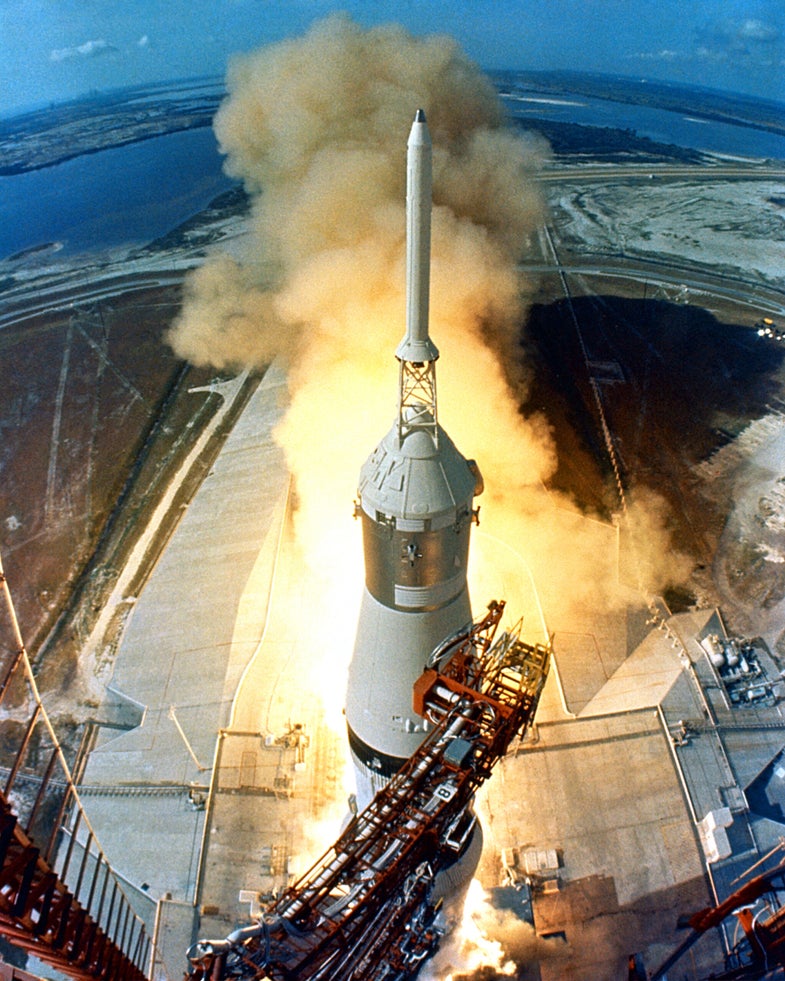 Renowned space fan and would-be space explorer Jeff Bezos is the latest billionaire with his head in the deep ocean. This time it’s not to reach the seafloor, but to dredge up the massive Saturn V engines that powered Apollo 11 to the moon.

Bezos, who is CEO and founder of Amazon as well as the rocket company Blue Origins, said in a statement last night that he’s located the engines and is planning to go fetch them.

“Using state-of-the-art deep sea sonar, the team has found the Apollo 11 engines lying 14,000 feet below the surface, and we’re making plans to attempt to raise one or more of them from the ocean floor,” he said in a statement on his blog.

The engines in question are the Saturn V’s F-1 engines from the rocket’s first stage. The F-1 provided 1.52 million foot-pounds of thrust and burned 6,000 pounds of kerosene and liquid oxygen every second, the most powerful single-chamber liquid-fueled rocket engine ever built. They fell to the Atlantic as the Saturn V’s second stage fired to lift the Apollo spacecraft out of Earth’s orbit.

It will not be easy to bring these behemoths to the surface — they’re huge, heavy, fragile, probably broken and covered in more than 40 years of sea sediments. Over at Cosmic Log, Alan Boyle details some of the particular problems.

But retrieving them, and then probably putting them on display, would be quite a feat — and an impressive intersection of space and ocean engineering. Good luck, Bezos.