In a world of rapidly evolving threats, every branch of the military is looking for a way to respond as... 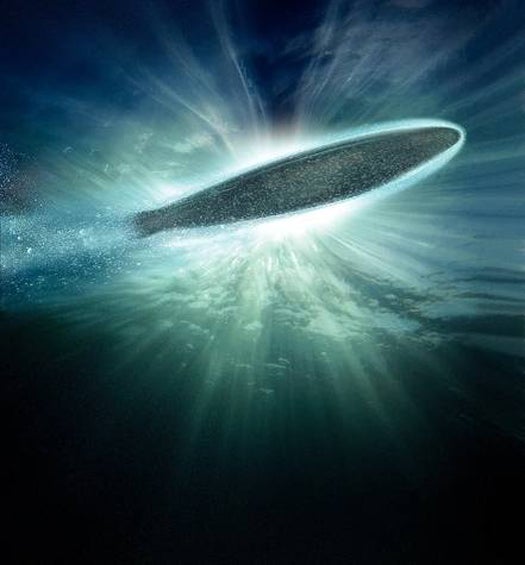 In a world of rapidly evolving threats, every branch of the military is looking for a way to respond as quickly as possible. But whereas the Air Force, Army and Marines can simply fly to whatever hot spot flares up next, the Navy, by its very nature, still needs to sail. That’s where the Underwater Express comes in.

Currently, the Navy’s fastest submarine can only travel at 25 to 30 knots while submerged. But if everything goes according to plan, the Underwater Express will speed along at 100 knots, allowing the delivery of men and materiel faster than ever.

The DARPA program, first announced in 2006, has finally reached the testing phase. Electric Boat, the company contracted to design the Underwater Express, is producing a quarter-scale model of the speedy sub, to be tested next year off the coast of Rhode Island.

The sub utilizes the phenomenon known as supercavitation. Supercavitation is the process wherein an object moves so fast through the water that it creates a gas bubble around itself, nearly eliminating drag. Unencumbered by the high drag of water, the object is free to speed along at much higher speeds than otherwise possible. Supercavitation has been known since the end of World War Two, and the Soviets succeeded in creating a torpedo that utilizes supercavitation for high-speed travel, but so far no one has succeeded in scaling the effect up to the size of a whole submarine.

If next year’s tests work out, Electric Boat will begin assembly on a full-sized, 100-foot-long Underwater Express.