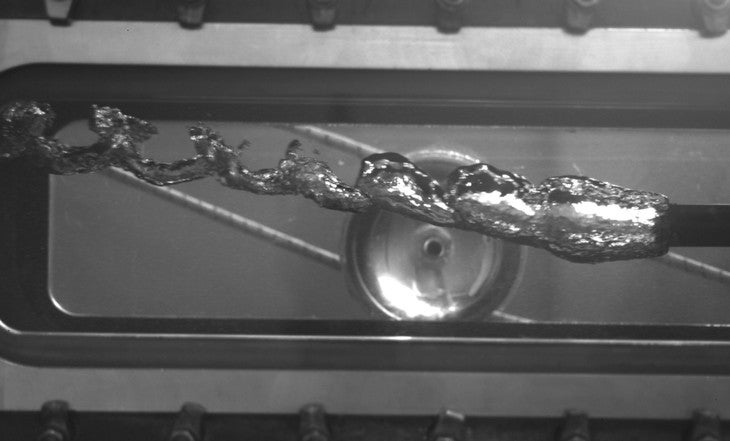 Things travel faster through air than they do through water. This would be irrelevant information for sea-bound submarines, were it not for the phenomena of supercavitation, where a submerged vessel creates a bubble around itself and then speeds through the sea. A Russian torpedo that released bubbles traveled as fast as 230 mph. Now, a team of researchers at Penn State are working on adapting the same science to a submarine.

Supercavitation only works so long as the body of the submersible remains dry. The Russian supercavitating torpedo did this by releasing a gas from the nose, enveloping the body in air and keeping it dry as it sped through the sea. But that bubble fluctuates, and if the skin of the vessel gets wet, there’s a chance for drag. The Penn study focused on modeling the flow of that gas, and keeping the body inside dry even as the gas pulsed around it.

By modulating the release of the gas, the researchers were able to change how the pulsing happened, and sometimes stop it altogether, creating a frictionless bubble for a super-fast underwater vehicle.

Military submarines are bundles of constraints, discrete tubes holding people, electronics, and weapons underwater, traveling slowly and secretly beneath the waves. Supercavitation promises not just faster torpedoes, adding to the peril for submersibles, but also faster submarines themselves, turning the vast stretches of open sea into an express route between two points.