When the temperature goes up, so do the numbers of healthcare infections. 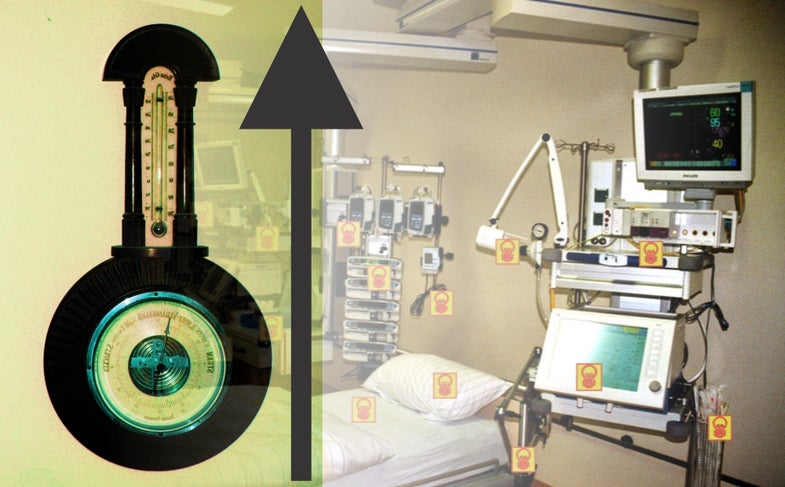 Infection prevention and control is tough. Ensuring that hospital patients don’t catch infections is not easy, particularly when invasive procedures are involved. Even with the best practices in place, these unfortunate incidents occur. But since the 1990s, a curious trend has been seen in which the number of problems increase when the weather gets warmer.

The first observations occurred with the bacterium Acinetobacter. There seemed to always be more troubles in the summer compared to the fall and winter months. The apparent reason was a rise in the density of these bacteria in warmer climactic conditions. The trend appeared to be consistent not only for this bacterium but others suggesting this was a more universal phenomenon.

A closer inspection of the species showed there was no difference in the target; the lungs, gastrointestinal tract and bloodstream all had the same trend. The only common factor was their general physiological appearance; they were all Gram-negatives. This trend appears to be the same globally as studies in Germany, China, and the United States all have similar outcomes.

Finding the link between seasonality of infections and Gram-negative bacteria has been difficult. One possible option is the skin. Gram-negatives tend to grow optimally in high humidity although temperature appears to have no impact. Another is the airborne environment. Temperatures does have an effect on airborne survival; in combination with high humidity, a bacterium may last significantly longer in the air. A third option is the environmental surface. Many bacteria can last for days if not weeks on inanimate objects including many found in the healthcare facility. The warmer temperature and higher humidity may allow for increased longevity increasing the chance for accidental and spread.

Though these trends are helpful, they are not universal to all bacteria and as such cannot fully explain seasonality. Last week, a Brazilian team or researchers attempted to help fill in the blanks with their report of a five-year investigation of weather patterns and healthcare associated infections. For them, living in a country consistently warm due to its geographic location could provide some perspective on this seasonality and possibly highlight a link not yet seen.

They found over 2,800 instances of bloodstream infection over the year-long period. When they examined the link to temperature, they found the average was about 20 degrees Celsius with an error of only about two and a half degrees. The relative humidity was a little more varied with the average coming in at 70% with a range of about 10% on either side. This short range in temperature difference was an excellent base upon which they could determine if changes were indeed due to these two parameters. If there was such little change over the course of the 5 years, perhaps there would be less change in seasonality.

Yet, they saw the same results as other studies. In essence, even though they had a good control over temperature and humidity, they still ended up with the same rise in gram-negative infections over the summer months. They found a rise in one degree was enough to increase the number of infections by 4% for all gram-negative bacteria and a whopping 13% for Acinetobacter baumannii. In contrast, there was a negative correlation in humidity and infection for this species. The likelihood a single degree could lead to a massive increase in the number of bacteria present in the hospital was unlikely. The answer had to be in the practices for accumulation and dissemination. This opened up other questions in which the focus wasn’t on the climate outside the hospital but the people working within.

In the summer, human habits change, even if the temperature doesn’t. Both workers and visitors may end up bringing in more bacteria as a result of an increase in outdoor activities. Although this wasn’t proven in this study, there was a higher incidence of strains suspected to be community-acquired rather than resident in the hospital. Another option was due to a lack of staff. Summertime means vacation and hospitals may find themselves short staffed. Those who are left to perform all the tasks might forsake infection prevention and control guidelines. Sadly, this wasn’t tested for its validity.

The overall results suggest seasonality of infection may not be directly linked to temperature and humidity but instead may be indirectly associated through human activities. Though the mechanisms still remain unknown, the authors recommend infection prevention and control guidelines need to be reinforced over the summer months. If human activity is involved, policies for hygiene and antisepsis will require more emphasis. If the environment is the key player, more rigorous disinfection measures should reduce the burden.