There’s A Cholera Outbreak In Iraq

And refugees are being hit the hardest 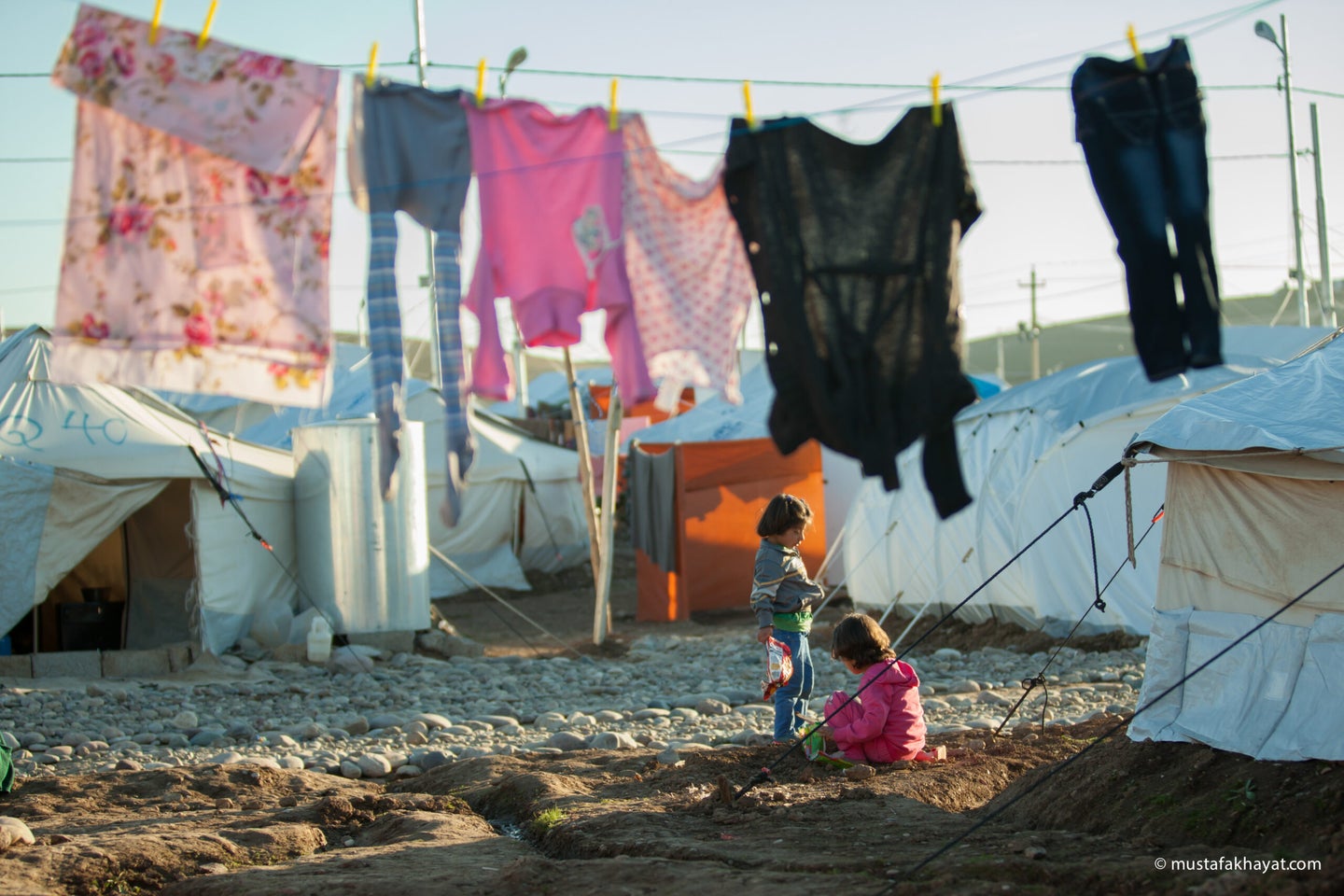 This week, the World Health Organization (WHO) announced that a cholera outbreak is rippling across Iraq. Since the outbreak started last month, more than 1,200 cases have been confirmed in 15 of the country’s 18 provinces.

Cholera results when the bacteria Vibrio cholerae infects the intestines. While most people can weather the relatively mild symptoms, others are hit harder by vomiting, diarrhea, and leg cramps. If these patients are left untreated, they can die within a day or even a few hours due to dehydration.

The bacteria can be transmitted between people in food or water. “In an epidemic, the source of the contamination is usually the feces of an infected person that contaminates water and/or food,” according to the CDC web site. That can rapidly become a problem in a place like Iraq; much of the country is dry and much of the infrastructure designed to bring water to citizens is outdated or non-functional. As a result, people living in close quarters with unreliable water supply—such as hundreds of thousands of refugees, many of which live in camps—are the most at risk of contracting the infection.

In fact, this is the third cholera outbreak to hit Iraq since 2007, which together have caused about 4,500 people to be infected, and several dozen deaths. The WHO press release doesn’t say how many people have already died from this outbreak, but public health officers know that they need to take dramatic action now to prevent further infections. Officials are distributing bottled water and water disinfection kits throughout refugee camps, and plan to decontaminate septic tanks, water sanitation plants, and bathing facilities. Some refugees may also be offered cholera vaccines.

These steps are merely a quick fix for a larger issue: refugee camps are notoriously overcrowded and unclean, providing an ample breeding ground for infectious disease. Without a break from the fighting or the necessary funds, Iraq will continue to lack the proper infrastructure to provide its inhabitants with one of their basic human rights: clean water.