A Battery Made From Rhubarb (Sort Of) 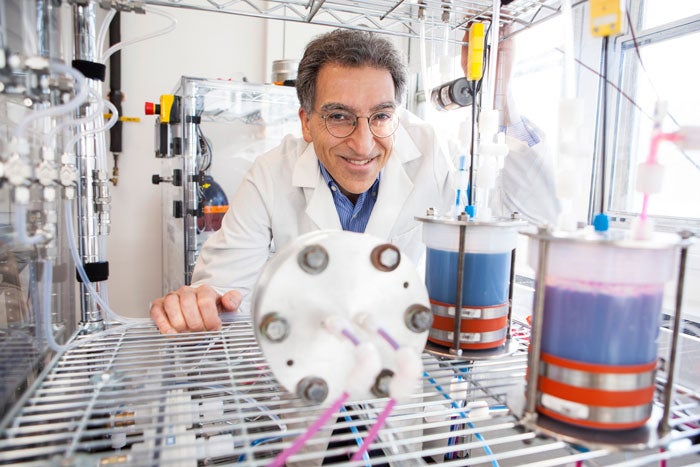 The next step for renewable energy is to figure out how to store all the power we create. Harvard researchers have used a molecule nearly identical to one in rhubarb to make a battery that can store more energy­—for less money—than solid-state and traditional flow batteries. “We have something that could change the way we deal with electricity,” says Harvard engineer Michael Aziz. By 2017, they hope to release a commercial version big enough to hold a day’s worth of energy from a typical three-kilowatt home rooftop solar array.

Many existing flow batteries use expensive rare earth metals like vanadium. This new battery is modeled on photosynthesis and uses quinones, small molecules that store energy in plants and animals. They cause a beautiful color change from yellow to red-brown during charging, and are cheap and naturally abundant. Aziz hopes one day to store elec­tricity from solar farms—without depending on scarce, costly materials.