The hybrid backup grid and energy storage system is being hailed as “one of the first of its kind” by the state—this is why. 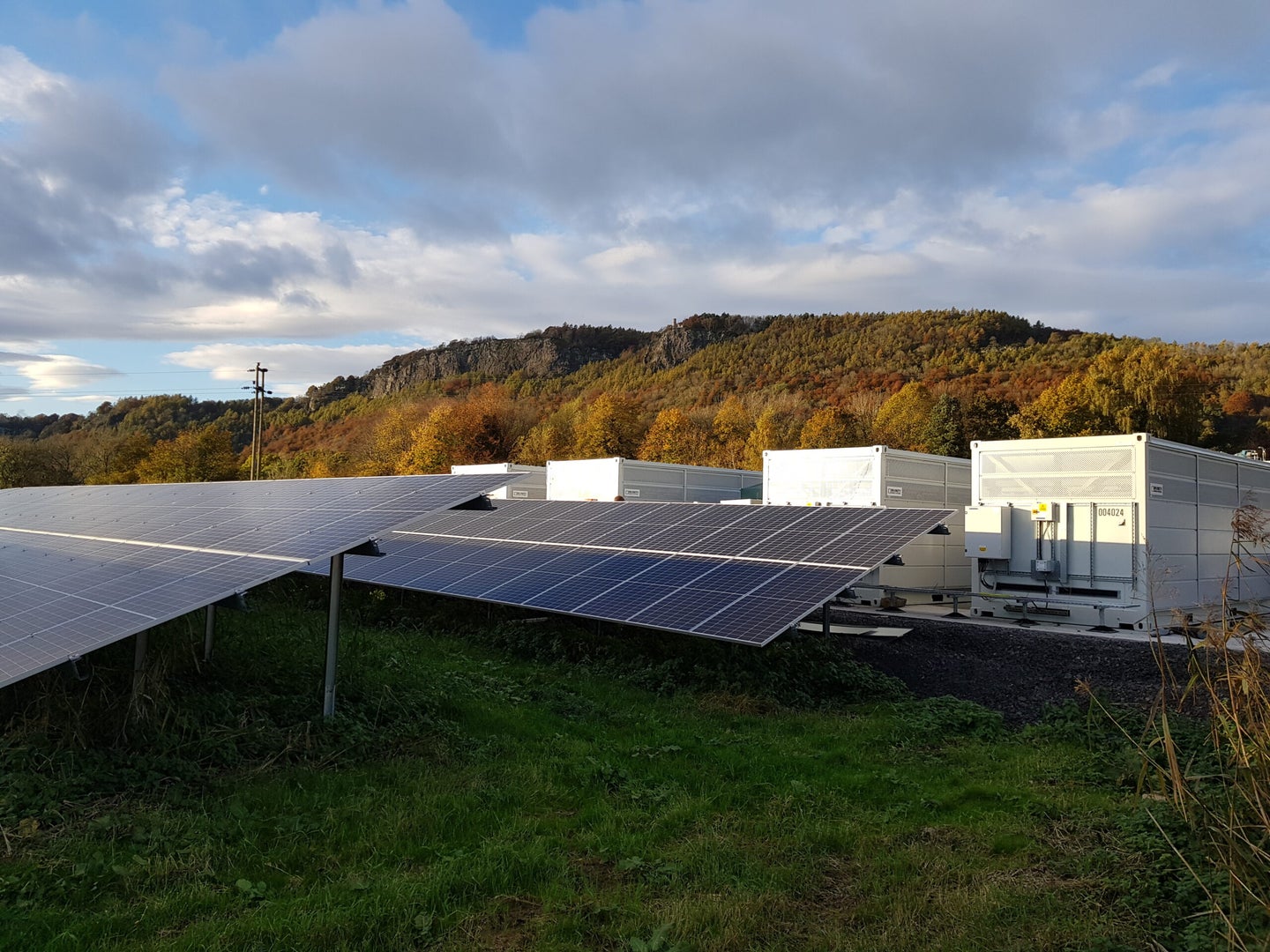 California is taking a small step towards its long-term goal of reaching 100 percent clean electricity by 2045 with a big investment in a hybrid energy storage system. Earlier this month, the California Energy Commission (CEC) awarded a $31 million grant towards the development of a microgrid for the Viejas Band of Kumeyaay Indians. It’s one of the largest sums the CEC has given to a tribal government and the first award allocated from the state’s new $140 million Long-Duration Energy Storage Program, according to a November 3 announcement from the commission.

The funding will support the creation of a long-duration storage system with the capacity to provide up to 10 hours of microgrid power on-demand. The goal is for this to serve as backup energy for the Viejas community to utilize during power outages, with the bonus potential of the tribe being able to use this system instead of the statewide electric grid when that source is under stress. John Christman, Chairman of the Viejas Band of Kumeyaay Indians, also noted the importance of such a system that provides clean, renewable energy.

“As a large-scale electricity consumer, we recognize our responsibility to lead by example in lessening our burden on the electric grid, and it is our sincere hope that the demonstrated financial and environmental merits of this project will serve as a repeatable model for others,” Christman said in the CEC statement.

Indian Energy, a Native American-owned microgrid developer and systems integrator, will lead production of the hybrid energy system. The CEC said it will be “one of the first of its kind in the country,” utilizing a network of solar panels and two different types of long-duration storage batteries to generate and capture clean energy. Indian Energy will supply around 30,000 solar panels to generate 15 megawatts of energy, while Eos Energy Enterprises will contribute a 35 megawatt-hour (MWh) zinc-based battery and Invinity Energy Systems will contribute a 10 MWh vanadium redox flow battery that can reserve the energy before it needs to be used. Utility Dive reports the tribe will later supply an additional 15 MWh of storage capacity, creating a 60 MWh system overall.

Part of what makes this system unique is the use of non-lithium ion batteries, which have become the go-to source of power for many of the devices we’ve come to rely on in our daily lives—from vacuums to electric cars. However, their ubiquity means they are in high-demand, and using them for large-scale storage can be expensive. Plus, as Larry Zulch, the CEO of Invinity Energy Systems explained to Popular Science, they are known to be flammable and lose their effectiveness over time.

Zulch calls vanadium redox flow batteries like the one his company is devising for this grid “the workhorse of batteries” since they don’t have the same fire risks as lithium batteries and can last for more than two decades. However, they do take up a lot more space—Zulch says their redox flow battery units are about the size of a shipping container—so they work best in situations where there is significantly more room available, compared to something like a cell phone battery.

Here’s how this “workhorse” provides power: the shipping container-like unit holds six modules. Each module has two liquid electrolyte-filled tanks and two cell stacks, which are the key components to create and store energy. The electrolytes are pumped into the stacks of electrochemical cells, passing through membranes that facilitate an ion exchange.

Though other elements can be used in flow batteries, such as iron, Zulch says vanadium is particularly conducive to use as the electrolyte in this process since it can exist in four different oxidation states with four types of electrical charges. This state change is reversible so the electrical energy can be both stored and returned, which is what allows for redox flow batteries to last so long.

“Fundamentally, vanadium flow batteries don’t wear out the vanadium because it’s changing various states back and forth,” Zulch said, noting that some maintenance is, however, required from time to time for the mechanical components of the battery.

While Invinity recently installed another such battery for the Soboba Fire Station in California, this project for the Viejas Band of Kumeyaay Indians grid will be their biggest vanadium flow battery yet and the largest battery of its kind in North America. Utility Dive says the hybrid system is expected to be operational by next summer.