Smartphone cameras get all the attention, but dedicated cameras are amazing right now. 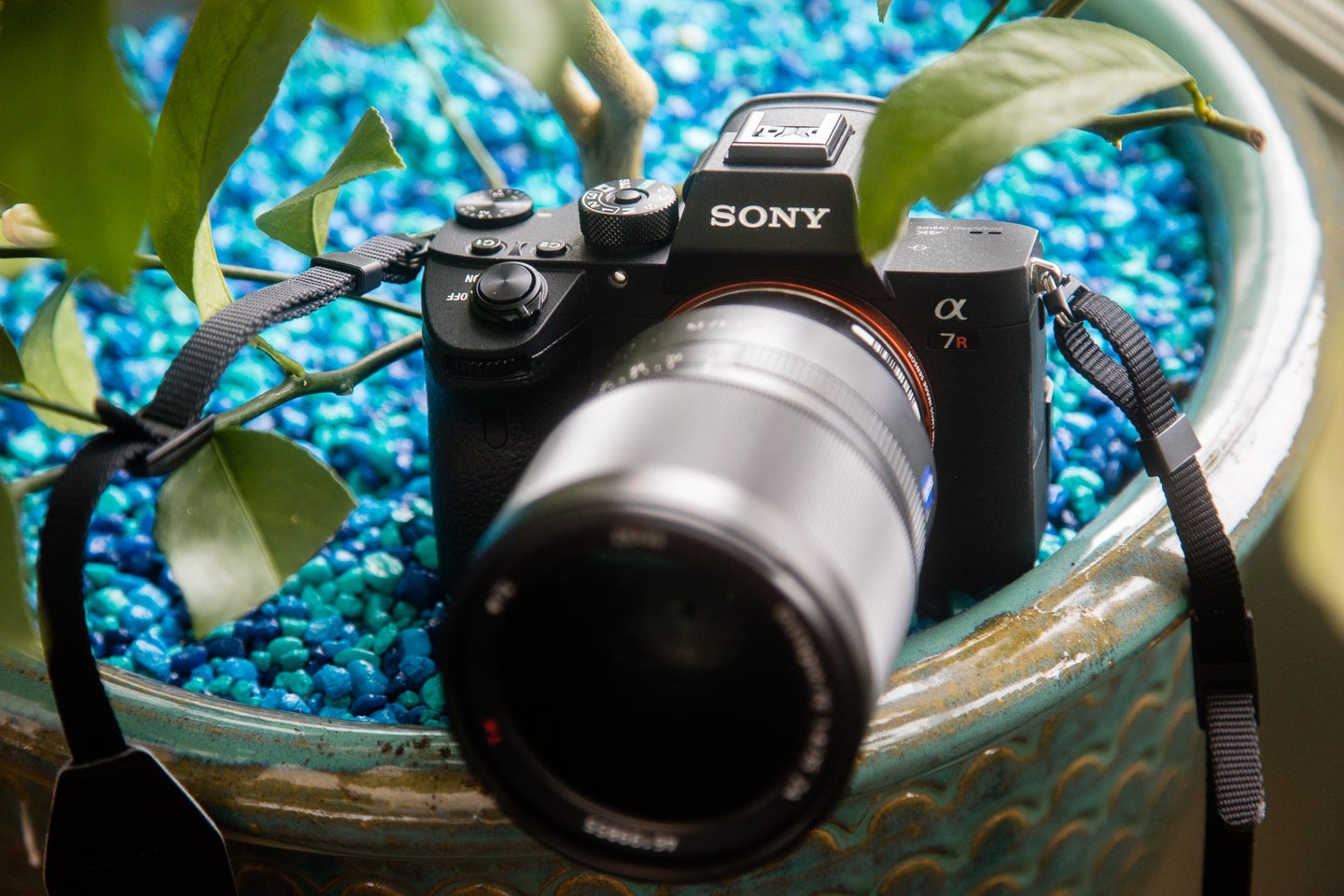 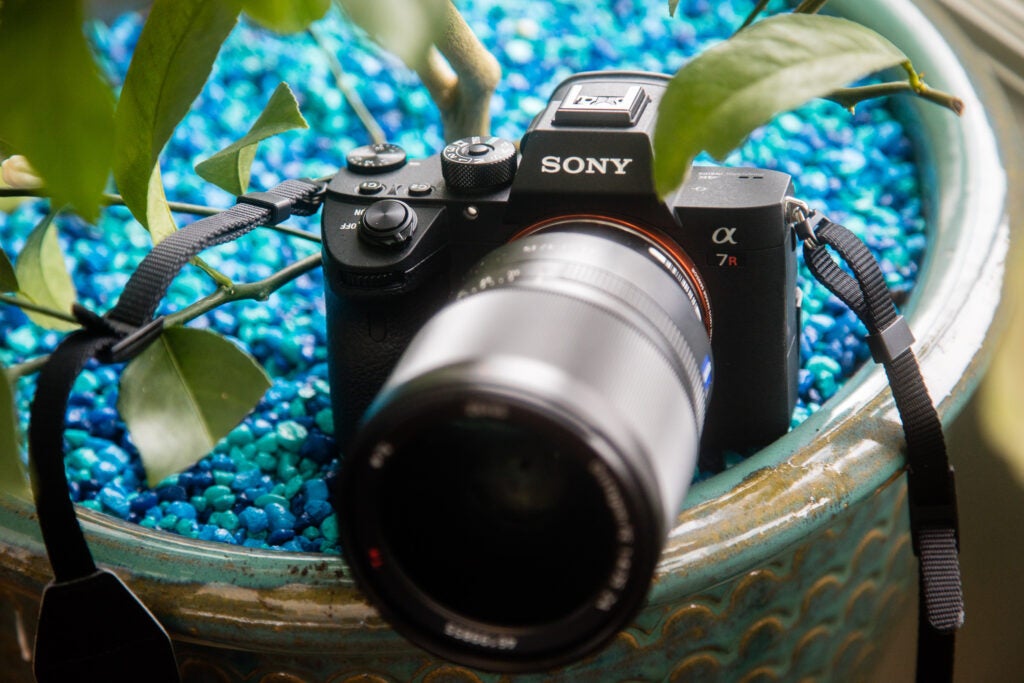 There’s a lot going on inside that relatively small camera body.

It snuck in just under the wire, but the $3,200 Sony A7R Mark III is the best camera of 2017. This year, smartphone cameras continued their quest to decimate the low-end camera market, which has pushed manufacturers to compete at the high-end, and it has resulted in some truly amazing imaging machines. There were other contenders like Nikon’s super-powerful D850 DSLR, and the $10,000 Fujifilm GFX medium format camera meant to take on cameras that cost as much as a nice Lexus. But in the end, Sony has nailed the right mix of fancy features and simple usability.

Here’s a quick crash course in mirrorless cameras: They’re shaped like DSLRs, but rather than using a mirror to project an image into the viewfinder, they send a direct digital feed from the image sensor to the screen or the eyepiece. The digital picture introduces a little lag when compared to an old-school optical image, but it offers other advantages like the ability to preview exactly what your picture will look like and review images without taking the camera away from your face. 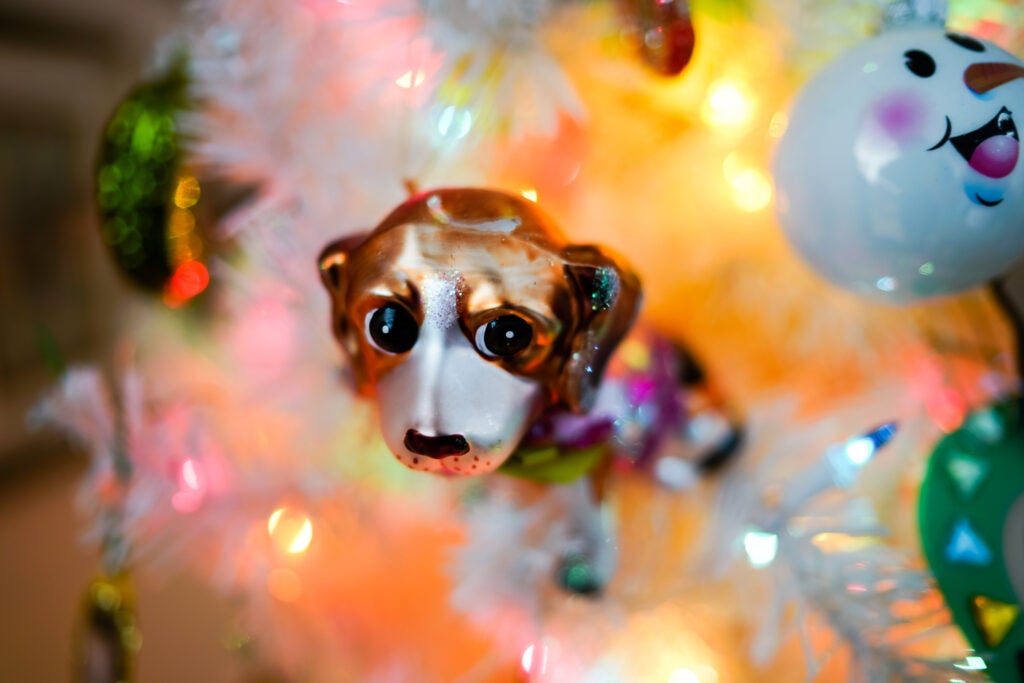 Mixed light, shiny surfaces, and lots of contrast make this Christmas ornament a tricky subject to capture without blowing highlights or losing shadow detail. I shot this in JPEG and exported through Adobe Lightroom with minimal processing. It could stand to be a little brighter, but I was impressed with how little guidance the camera needed to get it right.

Earlier this year, we gave the $4,500 Sony A9 a Best of What’s New award for pushing mirrorless cameras into the super-high-end pro market once occupied exclusively by DSLRs that weigh as much as an actual brick. The A7R Mark III takes several of the A9’s features and crams it into a cheaper, slightly smaller body.

The Mark III is built around a full-frame sensor (it’s the size of a single frame shot on 35mm film and the standard for pro-grade cameras) with 42.4 megapixels of resolution. That sensor has an integrated, 5-axis image stabilization system, which detects when your hands are shaking and corrects for it in real time to combat motion blur in your photos.

Despite cutting weight when compared to the flagship A9, the A7R Mark III weight actually goes up an ounce from its predecessor to 23.2-ounces, but compared to the 35.5-ounce weight of the nikon, it’s still a considerable savings. 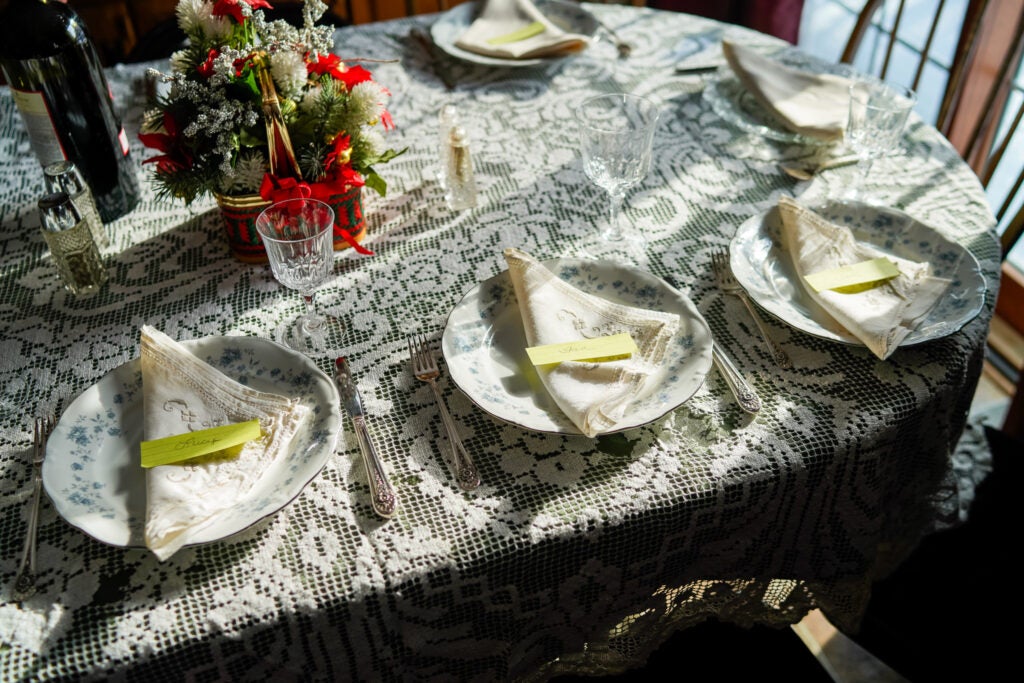 I love hard light and this is a great example of it. Lots of shadows and contrast make this a tricky scene, but the A7R Mark III keeps everything in check. I pulled back the highlights a little in post, but the raw files have lots of image data to work with.

Sony has done some work on its raw images—the uncompressed files that more advanced shooters typically use to edit because they don’t lose info during JPEG compression. The color reproduction has seems more natural, especially in the reds and oranges. I’ve used most of the Sony A7 cameras, and I like the files that come out of the Mark III better than any that came before it. They’re flat and neutral, but leave lots of image data in the files to pull out during editing.

One of the most impressive stats is the 10 frames per second burst shooting, which includes full-resolution raw files. That trumps the Nikon by 3 fps, which can make a real difference if you’re blasting away during an important moment like the last play of a basketball game or the tricky exit shot at a wedding when a pesky bubble machine is doing everything in its power to mess with your focus. 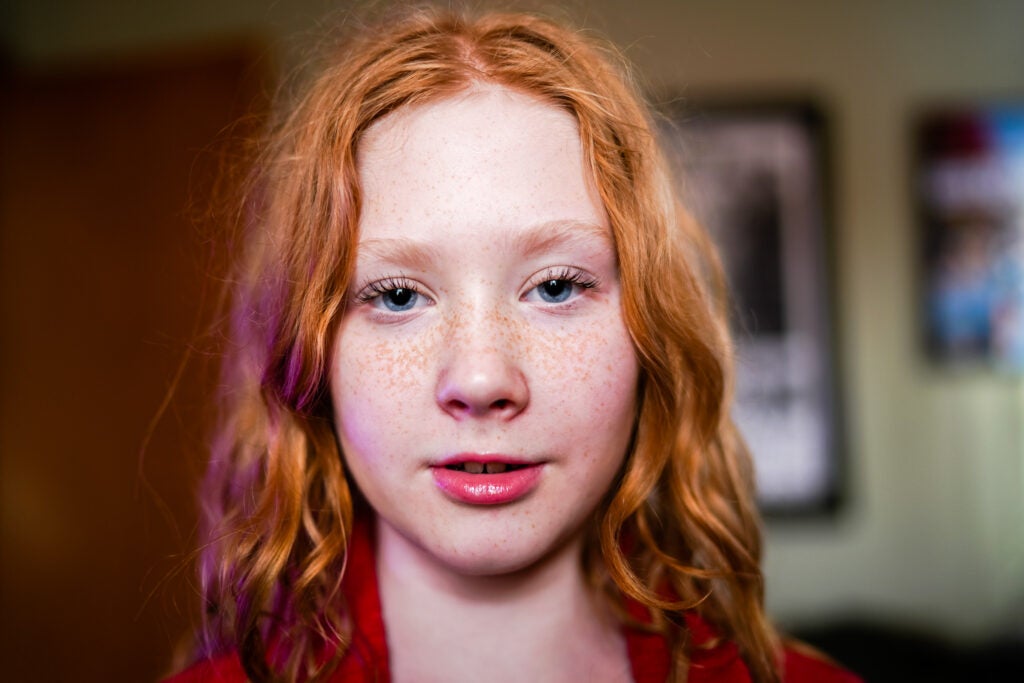 This basic portrait (shot with a not-totally-ideal 35mm lens) shows off more of the Sony’s impressive dynamic range. The pink tint from the TV screen on the left side of the frame didn’t throw off the color balance, and—as you can see in the next shot—all those megapixels capture a ton of detail. 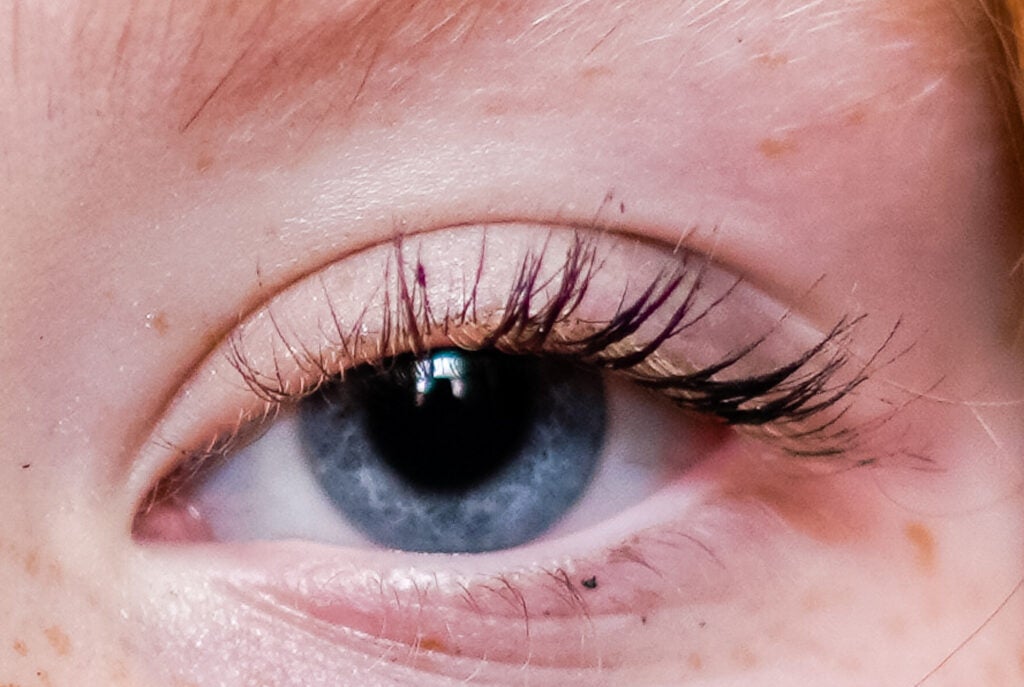 A close-up crop from the previous portrait photo shows a ton of detail in the image, even when you’re zoomed into 100 percent, or as photo nerds call it, pixel peeping.

Focusing speed has traditionally been an area in which DSLRs rule—they have dedicated focusing sensors rather than relying on the imaging sensor to pull double duty as they do in a mirrorless camera. The A7R III still can’t quite hang with a pro-grade DSLRs in terms of pure focusing speed in real-life situations, but it’s getting closer. The delay between mashing the button, locking focus, and taking the picture is now impressively short.

In some ways, the Mark III actually has some focusing advantages. The eye-detection feature, for instance, does an incredible job tracking faces in a scene and keeping them sharp. You can also zoom in on the digital image through the A7R III’s eyepiece to check fine focus, something you can’t do with a DSLR.

While this is primarily a photography-oriented review, the A7R III has impressive video chops, including 4K capture. Light metering and autofocus modes are relatively limited when shooting motion, but the tracking works great. You even get access to fancy, high-grade recording formats required for pro cinema work like Hybrid Log and S-Log recording. You’ll likely never use them unless you’re a serious cinematographer, but they’re there if you want to grow into them. 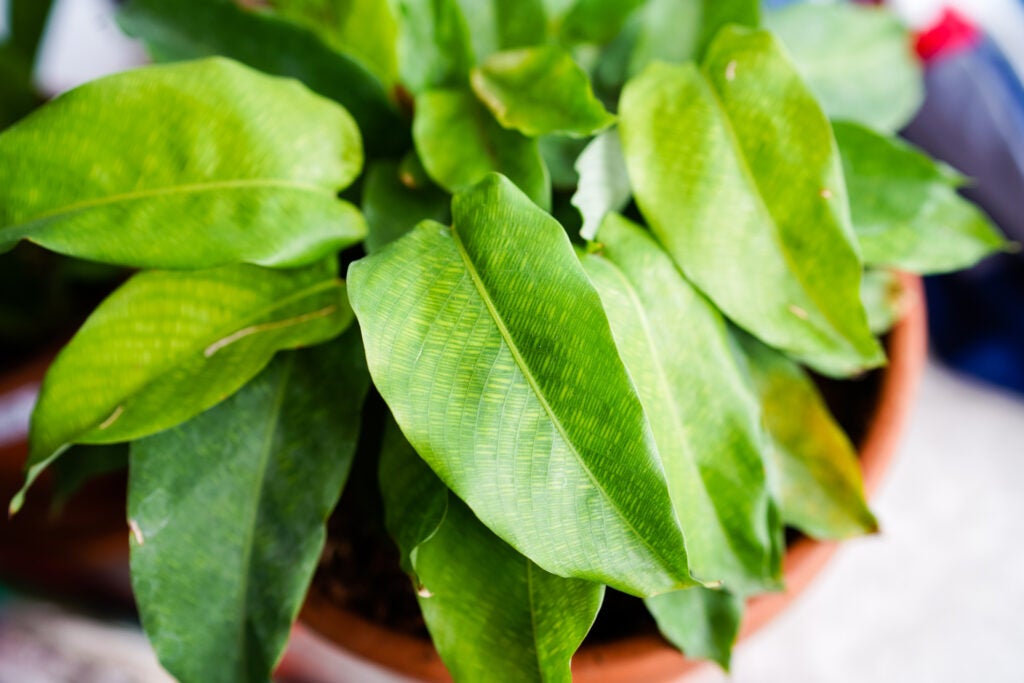 The green tones in Sony’s files look great. They can skew a little intense for some, but it’s easy to tame in post.

Obviously there’s a lot to like about the A7R Mark III, but there are some complaints. The slightly enlarged grip makes the camera easier to hold—especially when you’re using a weighty lens like the Sony Distagon FE 35mm f/1.4 prime I used during my testing or any of the high-end G Master lenses that can really make the most out of all that resolution —but it also reduces the amount of space you have between the lens and the body, which is tough on big hands.

There are two memory card slots—a must for pro-grade cameras—but those 42-megapixel photos take a while to write to memory, even when using a super-fast UHS-II card, which has an extra set of connectors to facilitate faster transfers.

And while the autofocus performance is rather excellent, the AF interface is slightly wonky. Moving the AF points around takes some getting used to because it can be tough to see which point is highlighted or what type of AF area you’ve selected. Sometimes it’s hard to tell exactly where you’re focusing, at least until you get used to the system.

In short, the Sony A7R Mark III is one of the most impressive cameras I’ve used to date. At $3,200, it’s still very much a tool for serious photographers and very enthusiastic amateurs. There are buttons all over the place, most of which you can map to custom functions. The menus have hundreds of settings that you can tweak and change. And you need expensive, pro-grade lenses to take full advantage of all that image quality—a cheap kit lens isn’t going to cut it here. But cameras like this and the excellent Nikon D850 give hope to people like me who love smartphone cameras, but will always love dedicated cameras so much more.

If you’re looking for lots of automatic shooting modes that hold your hand during the photographic process, this is the wrong camera to buy. If you plan on putting it on auto and keeping it there, then you’re also barking up the wrong tree with the Mark III. If you’re looking for a serious photography machine, though, then it should treat you just fine.