It's twice the size of the next largest 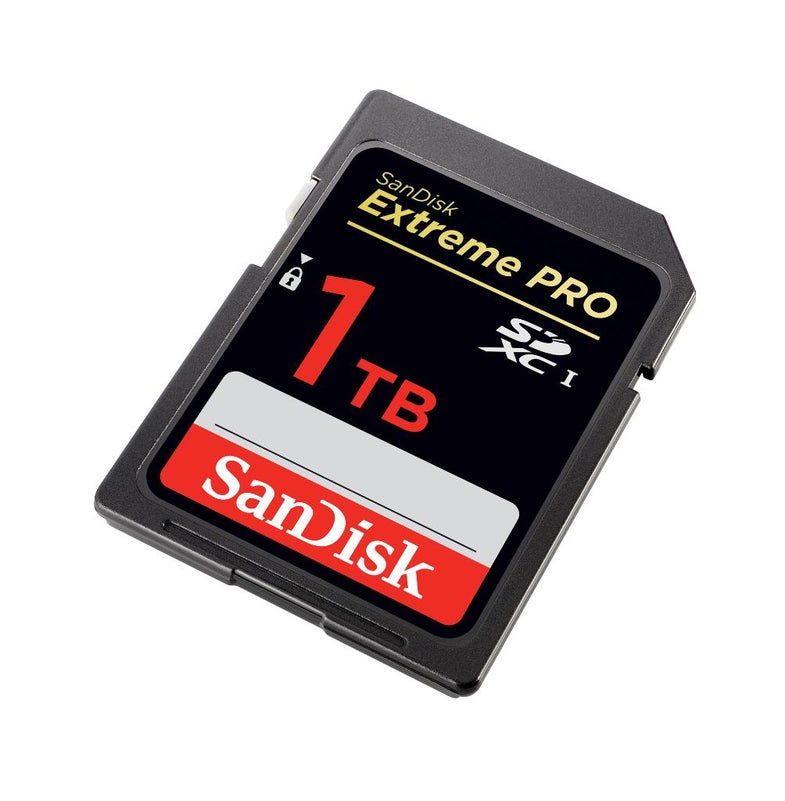 SanDisk just effectively doubled the capacity of SD-based memory devices, as they announced a one-terabyte prototype that will eventually head to stores.

It’s a SanDisk Extreme Pro SDXC card, for anyone curious about which of SanDisk’s many sub-brands this one fits into.

A terabyte is 1,000 gigabytes. That means if you’re carrying around a 16GB iPhone right now, a memory card could hold that capacity 50 times over. When IBM’s Watson debuted in 2011, it had about 16 TB of RAM and was the size of several refrigerators.

There’s no word on an exact release date, but when it comes out, uses for it will include totally optimized video recording, and pocketing a backup Skynet.