Meerkats use bacteria from their butts to make stinky graffiti 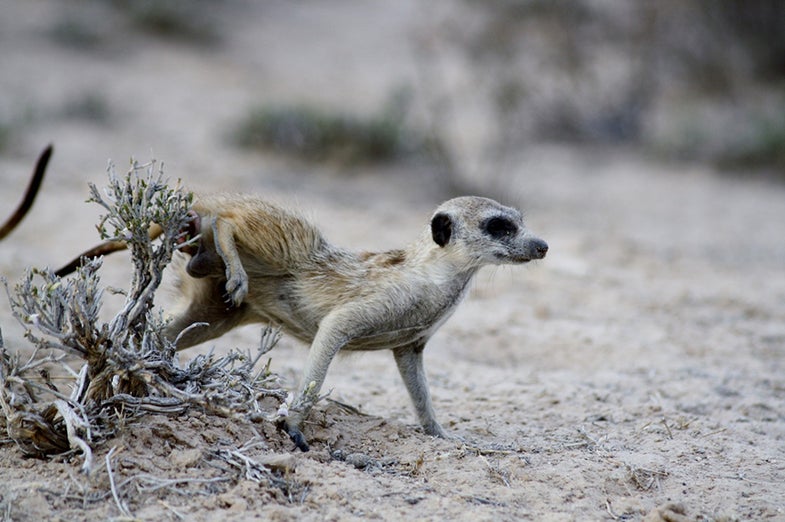 Meerkats rub their little furry butts on bushes and rocks for much the same reason that the youths make graffiti: to make their mark on the world, literally. Neighboring colonies need to establish their grounds and alpha meerkats (read: not Timon from The Lion King) want to assert their smelly dominance. Just because our mongoose friends use their behinds doesn’t make it less legitimate. If anything, meerkats take their glands more seriously than we take our spray paint.

By analyzing the chemical components of each meerkat’s anal paste, the biologists figured out that it was indeed due to native bacteria that the animals’ scents varied. A similar phenomenon has been observed in hyenas, but this is the first time specific bacteria have been linked to the odorants they produce in the paste. Before, we only had correlative evidence. The type of bacteria may vary between animals, but that could easily be because certain microorganisms tend to flourish depending on the composition of the paste. This evidence shows that it goes the other way—the bacterial profile is what’s giving the paste its distinct smell. Female meerkats have more Corynebacterium, while the males have more of a proteobacterium. Each of these microorganisms break down particular chemicals into odorous molecules, giving male and female meerkats their distinctive musks. The scent even varies between individual meerkats. Males tend to have more variation than females, which the authors think may be because males travel between colonies more and thus need to be able to adjust their microbiota more frequently.