With Anki Overdrive, You Can Race Toy Cars Anywhere 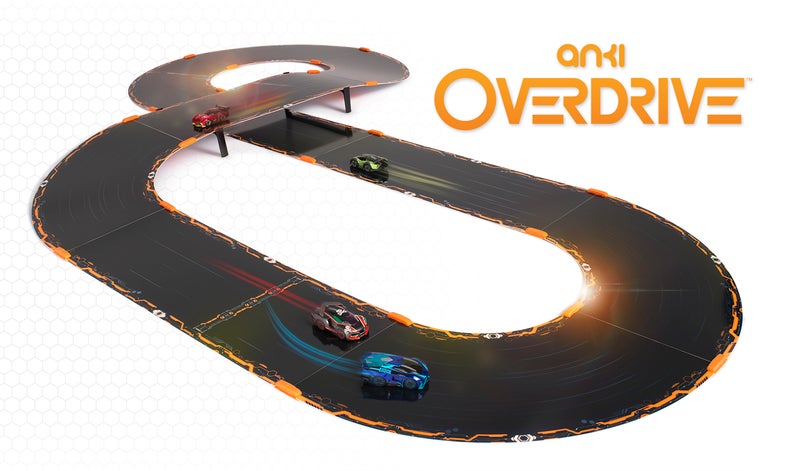 When I was a kid, I always coveted those slot-car racetracks, where you could face off with miniature motorized cars on a scale track. Technology has progressed over the years, but that’s done little to diminish my desire; when Anki Drive showed off its 21st-century take on slot racers back in 2013, I may have needed a napkin to wipe up the drool. Now the company has announced its next-generation offering, aptly titled Anki Overdrive, and my inner child is pretty psyched.

What made Anki Drive cool was its integration with smartphones, letting you use those devices to control racecars that zoomed around a mat that has a track on it. The cars are far smarter than those old slot car racers, containing onboard computers that have their own camera and AI, allowing them to navigate the track themselves, so you can essentially race against computer-controlled cars–it’s kind of like a real-world version of Mario Kart.

Anki Overdrive takes things up a notch by doing away with one of the biggest limitations of Anki Drive: the static track. While the company rolled out additional mats with new tracks on it, there were only a handful, and each cost an additional $70. But Overdrive introduces a clever modular track design–like those wooden train tracks except, of course, more advanced: the sections are connected via magnets, to insure a strong fit, but are flexible enough to let you bend them, creating hills or dips in the road to make racing more interesting. Each piece is printed with special ink that lets the cars’ onboard computers stay on course and react to any changes in the track.

The $150 Anki Overdrive Starter Kit will contain ten pieces of modular track, supporting the creation of eight different tracks, alongside two cars, when it ships this September. Expansion sets will include pieces like a U-turn, long straightaways, corners, jumps, sections with guardrails, and more–their price tags range between $10 and $30. Best of all, those who already invested in the original Anki Drive can use their original cars on the new courses, with a few software updates. So rev your engines and get ready to go in 3…2…1…