Without Smarts, New York’s ‘Taxi of Tomorrow’ is Really the Taxi of Yesterday

The New York City taxi fleet is a machine that runs on data. So why isn't it more intelligent? 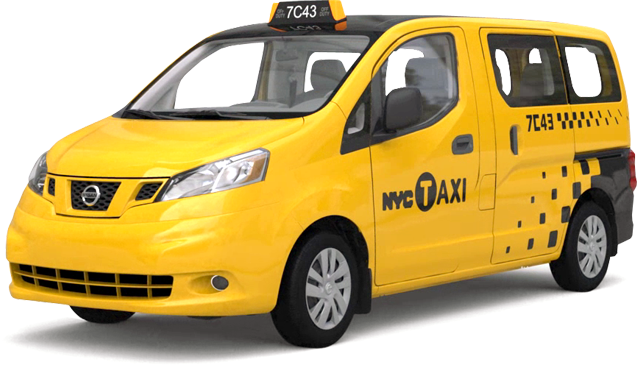 One of the more intriguing attractions on display at the ongoing New York International Auto Show is Nissan’s NV200, the so-called “Taxi of Tomorrow” that the New York Taxi and Limousine Commission (TLC) will phase in as the exclusive taxi of NYC starting late next year. Here at PopSci, when we hear words like “The X of Tomorrow,” our ears prick way up. And the NV200 offers some nice features, like places to charge mobile devices, expanded cargo space and legroom, and dedicated rear compartment climate control. But the taxi of the future it is not. In fact, when one looks at hyper-connected future and the smart devices driving it, the “taxi of tomorrow” looks a lot like the taxi of 2005.

That’s not to say the NV200 isn’t an improvement over the Crown Vics that clog New York’s roadways today. Its dual sliding passenger doors are a blessing for pedestrians and cyclists, who are increasingly at risk of being “doored” as NYC squeezes more bike lanes along the fringes of its avenues and streets. Each cab boasts two USB charge ports and one 12-volt socket, allowing passengers to charge up their phones and other mobile devices–if they have a compatible cord with them. The increased space for both passengers (no floor hump!) and cargo is a plus, and the 2.0 liter, 4-cylinder engine will doubtlessly go a long way toward improving both fuel consumption and air quality. We’re even big fans of the transparent panel overhead that allows passengers to look up at the modern metropolis enveloping them.

What it lacks is any feature that actually meshes with what we know the future will bring. These cabs will still be in service long after the day comes when it’s more or less impossible to buy a new mobile phone that isn’t Web-enabled. If the future is about anything, it’s about connectivity, data, and the software that makes use of that data. Don’t believe it? Virtually every company representing at the auto show is pushing some version of its in-car technology–apps and voice recognition programs and ways to enhance the driver and passenger experiences through connectivity.

This connectivity is the future of automobiles, so shouldn’t the “taxi of tomorrow” reflect this? We think so. Above all else, the taxi of the future should be smart. Here’s how.

Connect the Cabs to Each Other

New York’s cabs are already connected to central dispatchers and global positioning technology. But the taxi fleet of the future isn’t just a collection of individual GPS blips on a map, it’s a city-wide distributed network of data-gathering and data-sharing nodes. Networking New York’s cabs together in a more robust way would require some infrastructure and some enhanced in-cab tech, but it would not require redesigning the actual vehicle. And once networked, the fleet itself becomes a key part of the civic infrastructure. 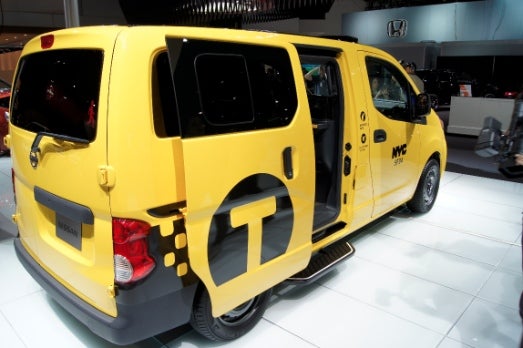 Cabs fitted with nothing more than a data link, GPS, and an accelerometer could completely change the way traffic flows through a city. By exchanging realtime (or near realtime) data with a central computer running robust enough algorithms, the TLC and dispatchers could see where traffic is bottlenecking at any given instant. Drivers could know immediately whether the morning’s wreck on the FDR has been cleared yet, or if it’s currently faster to take the Midtown Tunnel rather than the Williamsburg Bridge. Algorithms could tell dispatchers where in the city fares are turning over rapidly and where few drivers are finding passengers, allowing the entire enterprise to adjust itself for optimal efficiency. More importantly, this data could be integrated into other smart city systems. The traffic data could tip off police to the scene of an accident or help transit authorities identify hotspots for gridlock. First responders could quickly map the fastest routes around traffic. The Metropolitan Transit Authority could better manage its bus routes.

Because of the way taxis circulate through the city, they are ideal information nodes. And once the network is in place, it can be customized as needed. The TLC could add air quality or temperature sensors to cabs, or use accelerometer data to log the locations of potholes (a United States Postal Service advisor proposed doing something similar with USPS mail trucks last year). And in the age of Big Data, this data has value; it could be sold to help offset the cost of the technology.

Connect the Passengers to the Cab

Linking every cab in NYC together via high-speed data link has myriad benefits, but it doesn’t go all the way toward creating the passenger experience of the future. For that, every cab needs something so ubiquitous that anywhere else it’s a foregone conclusion: the Internet. By turning each cab into its own local network, passengers could interface their mobile devices with the cab’s hardware, opening up a world of possibilities.

Most obviously, this could allow passengers to pay their fares using apps on their mobile devices. But it could also allow for an app-rich experience that governs more or less the entire cab riding experience. A well-built TLC app could allow users to summon a cab at the touch of a button, beaming the GPS location of the user to idle cabs in the vicinity. Once inside the cab, the passenger could quickly beam his or her destination from Google Maps directly to the driver’s GPS screen in the front seat. The user could then display media from his or her phone on the cab’s passenger display screen, or play music stored on the device through the dedicated passenger compartment speakers.

At the end, the passenger could pay via app or near-field communication, simplifying the entire transaction. And it’s this part of the ride that should really have cab operators interested. After all, when we talk about the ability to beam media from my phone to the cab’s media player, or to use the cab’s WiFi to load up my iPad with books or videos while on the way to the airport, we’re talking about a value added service. Charge me an extra quarter for the privilege. I’ll pay it, and the cab company and TLC suddenly have a new revenue stream.

Let the Developers Connect Everything Else

Of course, the key appeal is all the things we haven’t even thought of yet. Solve the hardware problem once by allowing mobile devices and taxi cabs to interface, and every other problem becomes a software problem. The door can be thrown open to developers to shape the future in all kinds of creative ways that may not even be apparent right now. The largest fleet of taxi cabs in the United States is an ideal testbed for the connected, smarter autos that will populate the future–it is a controlled, uniform group of automobiles that are constantly on the road, day in and day out, covering a relatively small spatial area. They could generate huge volumes of data for pilot programs. Where better to let developers trial their ideas?

For instance, the TLC could host a Netflix-esque competition between developers for the best traffic prediction algorithms, sharpening our computational ability to manage transportation in cities. The kind of infrastructure that will enable the intelligent cars of the future–car-to-car communication, car-to-infrastructure communication, algorithms that predict driver and pedestrian behavior–could all be trialled here. The truly smart taxi of the future wouldn’t just enhance the passenger experience–it would help build the smart automobiles and roadways of the future.