But maybe you have some ideas to fix it? 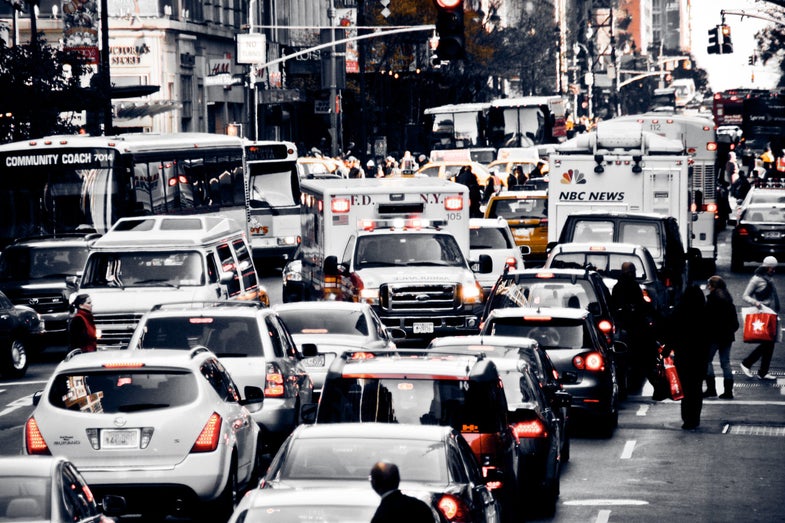 This week, the Department of Transportation released Beyond Traffic, a report the agency describes as a ‘draft framework’ for the future of transportation here in the United States. And as it stands, our future looks pretty bleak.

In the forward to the report, the authors write: “Beyond Traffic reveals that, if we don’t change, in 2045, the transportation system that powered our rise as a nation will instead slow us down. Transit systems will be so backed up that riders will wonder not just when they will get to work, but if they will get there at all. At the airports, and on the highway, every day will be like Thanksgiving is today.”

The study itself is over 300 pages long, looking into the current state of transportation and the outlook for the next 30 years. In an accompanying (and much shorter) slideshow packed with infographics, the DOT outlines some of the takeaways from the study, which are pretty disheartening in their condensed form. The United States’ transportation infrastructure earns a D+ from the authors, who cite poor or aging roads, bridges, and locks, devices that help transport boats between bodies of water with different water levels.

Half of all locks and chambers, a key part of our waterway transportation (think Erie Canal) are over 50 years old. As the potholes on our streets keep reminding us, 65 percent of our roads are in poor condition, and 25% of our bridges need fixing.

To get a better picture of what some of that means, take a look at this post by Christopher Ingraham from the Washington Post. Ingraham put together a map looking at the conditions of highway bridges, showing where the highest percentage of structurally deficient bridges are. Colors range from beige, areas where 5 percent of the bridges are structurally deficient, to a deep maroon, where over 35 percent have earned that dubious distinction. In some states, there’s a whole lot of red.

And to top things off, the DOT also mentions that higher sea levels, higher temperatures, and more frequent storms all pose a threat to an aging transportation system. 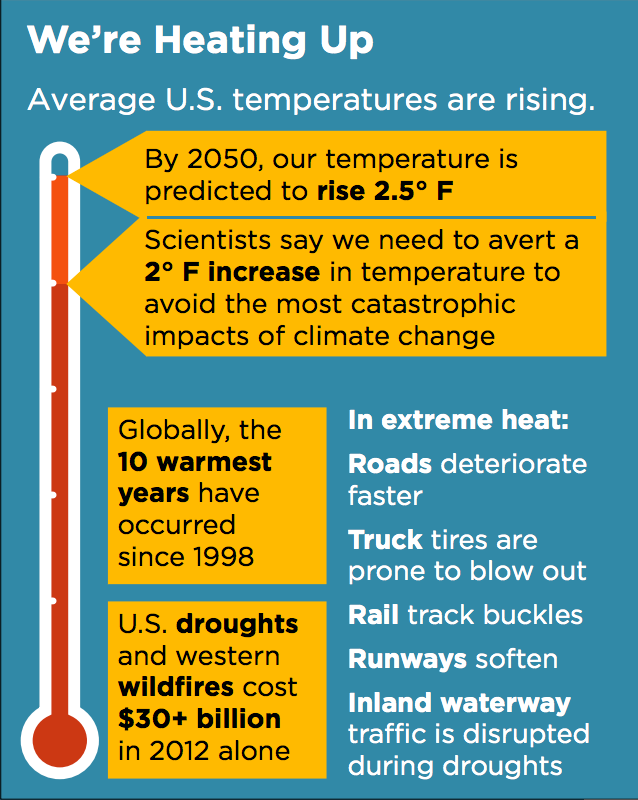 Though people often say they want to fix our roads, as a society, we aren’t exactly putting our money where our mouths are. The study estimates that it will take $120 billion annually to fix damaged roads and highways between now and 2020, but governments at all levels (local, state and federal) are only spending a total of $83.1 billion. As for public transit, $43 billion is needed to invest in repairs, expand existing systems, and make access more frequent and reliable. Yet only $17 billion is being spent currently.

While the outlook is pretty gloomy, the DOT seems surprisingly optimistic about the future, touting improvements in car safety (deaths due to car crashes went down by 80 percent in the past 50 years), and the benefits of using data to track freight, planes, and just about anything else that moves through the transportation grid. This early report is also just a first attempt to gather ideas for how to move forward. As part of this initiative, the DOT is encouraging the public to submit your ideas to their website. They hope to release a final framework later this year.