Behold The Tweel, A Tire That Never Goes Flat

The tire-plus-wheel combination became available to civilians in November 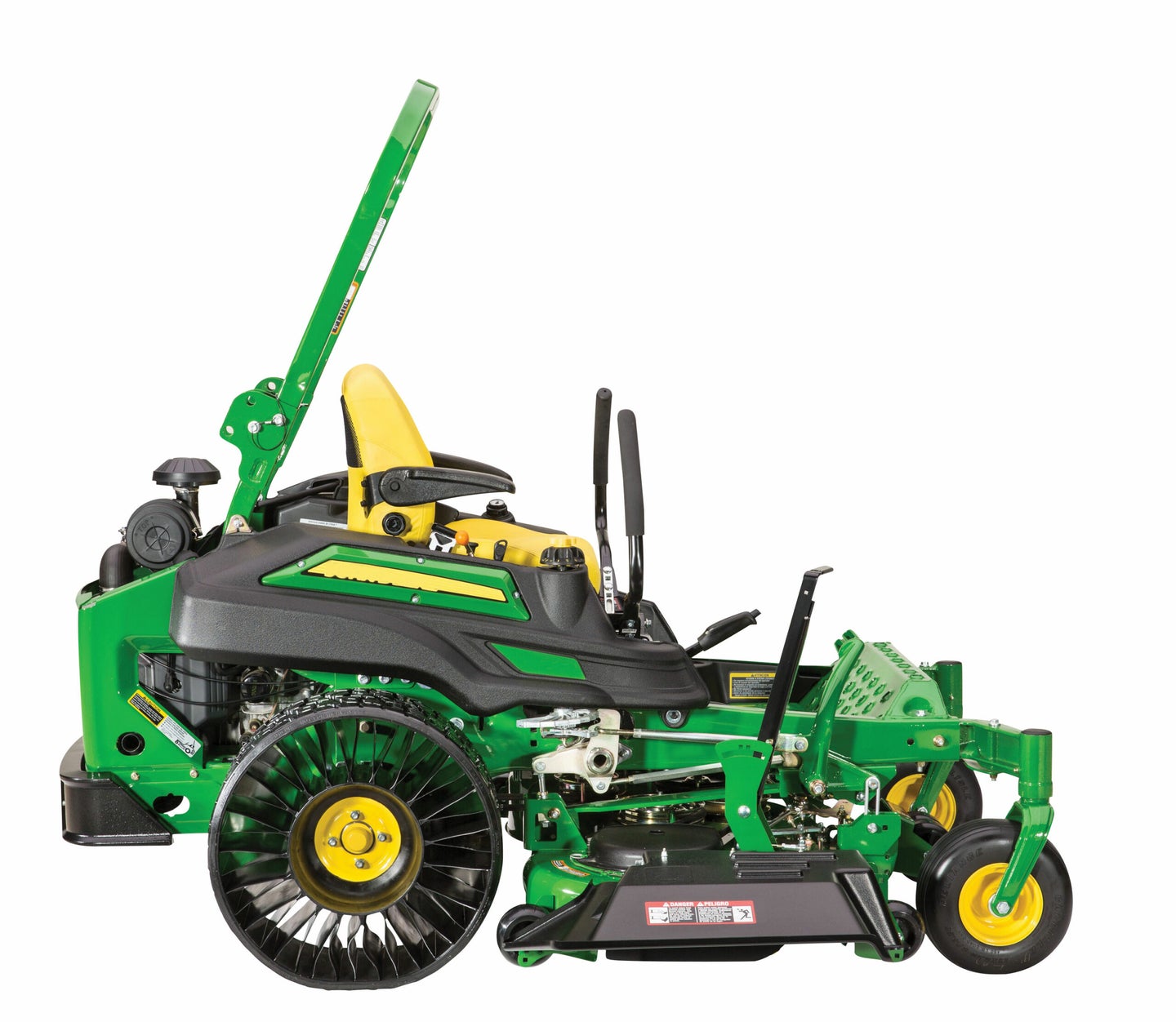 The John Deere Z950 is one of the first vehicles to feature the Michelin X Tweel Turf. Courtesy John Deere
SHARE

Fifteen years ago, Michelin set out to build a tire that would never go flat. While the prototypes gained worldwide attention, and the military has been using the technology since 2013, consumers and businesses have been locked out.

No longer. In November, Michelin began making its long-awaited airless tire and wheel combo, dubbed the X Tweel, available for use on select commercial vehicles.

Unlike pneumatic tires, which cushion rides using a bed of pressurized air, the X Tweel uses a combination of deformable polyurethane spokes, a steel-and-rubber outer rim, and rigid metal hub. The outer rim—called a shear beam—carries most of the load. The spokes and hub distribute the load across different parts of the shear beam as the tire rolls over objects.

50 million: The number of dollars Michelin spent on the world’s first plant dedicated solely to the production of airless radial tires.

John Deere is one of the first companies to adopt the X Tweel and is already using them on popular ZTrak series mowers. “[The Tweel] lasts two to three times longer than the previous or current tires,” says Chase Tew, a manager of commercial mowing at John Deere.

For now, the X Tweel will serve only slow-moving vehicles. The factory, which began production in November, makes tires for machines like skid-steer loaders and lawnmowers (at high speeds, airless tires tend to vibrate and make lots of noise). But Michelin would like to extend the product line in the future. Ralph Dimenna, the vice president of Michelin Tweel Technologies, says he could see small utility vehicles like golf carts using airless tires in the next few years. Ultimately, he hopes to see automobiles join the revolution as well—though for now, you’d better keep a spare in your trunk.

This article was originally published in the February 2015 issue of Popular Science, under the title “At Long Last… the Tweel.”