The Month In Plagues: A Future Without Antibiotics, A Chlamydia Mystery Solved, And More

A plague of links from around the web. 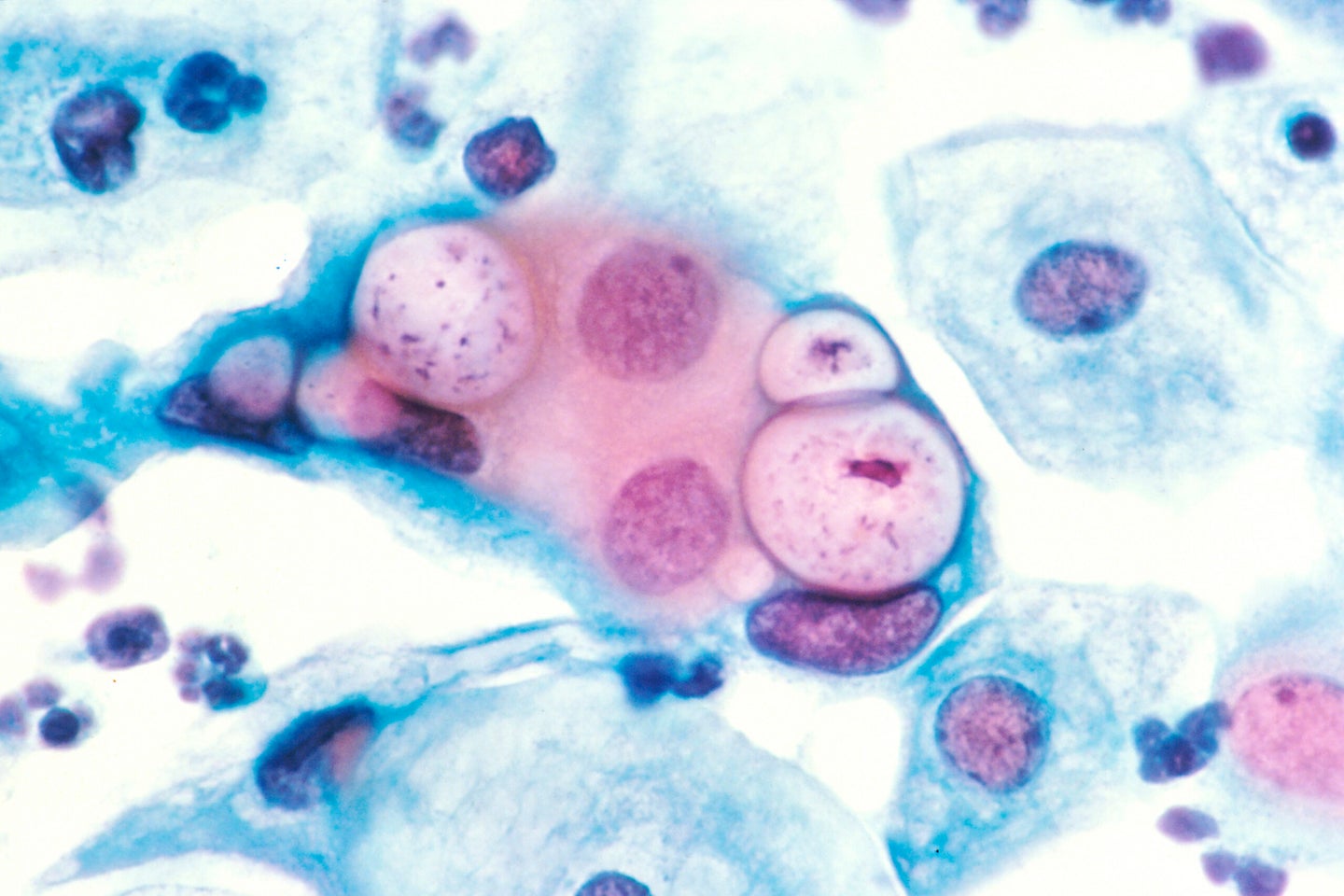 A MERS outbreak in South Korea has infected 181 people and killed 33. For an overview on the virus, check out this National Geographic piece, and to understand why it may have spread so quickly, here’s an explanation from NPR’s Goats and Soda.

Meanwhile, new research suggests that young camels may be important vectors for MERS in the Middle East, where it was first detected in 2012, the BBC reports.

Avian flu continues to tear through Midwest farms, and egg prices are going up. Read more at Mother Jones and NPR’s The Salt. At the New Yorker, Michael Specter asks: Why aren’t we more afraid of this outbreak?

And though it’s not an outbreak, a measles cases was confirmed on Martha’s Vineyard.

A new test might be able to detect every virus a person has ever had, according to the New York Times and Discover.

Malaria mosquitoes may be spreading a new disease caused by Rickettsia felis, which is related to the bacterium that causes typhus, reports Quartz.

Students in the United Kingdom got a lot of news coverage for coming up with the idea of a condom that changes colors when exposed to sexually transmitted infections, but Tara Haelle at Forbes explains why it won’t work and why it may be unethical.

And speaking of STIs, researchers may have solved why a chlamydia vaccine increased chances of infection in the 1960s, according to The Verge.

The White House convinced representatives from key groups, including hospitals and food producers, to pledge to help reduce unnecessary antibiotics use in an effort to save the drugs, according to the New York Times.

Meanwhile in the Future, a new Gizmodo podcast by Rose Eveleth, has a great episode on what it would be like to live without antibiotics (spoiler: not good).

And check out this equally worrying TED talk on antibiotic resistance by Maryn Mckenna.

It was a big month for GMO news…

A GMO wheat engineered to emit an insect alarm pheromone—meant to get rid of pest insects without using insecticides—failed field tests, according to Nature News. Nathanael Johnson at Grist explains why the reported failure is still a good thing.

A GMO lamb meant for the lab ended up on someone’s plate in France this month, possibly a result of a feud between researchers at the National Institute for Agronomic Research, according to the Guardian.

And GMO pigs in Britain have been engineered to withstand a disease called African swine fever, also according to the Guardian.

An invasive fruit fly threatens a spicy Dominican pepper that is key to Indian curries in the U.S., according to Quartz.

And one of the most invasive species in the world—the New Guinea flatworm—just showed up in Florida, reports the Washington Post.

The Economist has an interesting piece on using artificial intelligence to predict which animal species may cause the next zoonotic spillover.

And if you’re having trouble with head lice, the New York Times has some apparently new tactics for getting rid of them.