Strapping breasts down won't keep them from their inevitable journey south, according to the preliminary results of a 15-year study. 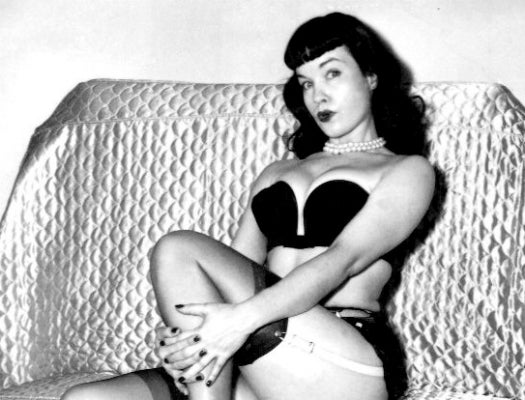 In a 15-year study from the University of Besançon in eastern France, sports science professor Jean-Denis Rouillon found that wearing a bra may not actually keep a woman’s breasts from sagging, nor alleviate back pain.

Though the results from Rouillon’s study were only preliminary and might not apply to all women, previous work on the science of breast-cages has supported the theory that bras are way more about fashion than function. A pair of D-cup breasts weigh between 15 and 23 pounds, but studies have shown most sports bras can’t contain their rampant bouncing. And yes, there are researchers that study the way boobs bounce.

Since 1997, Rouillon and his team have been measuring the incremental changes in orientation of the breasts of 330 female volunteers using a slide rule and caliper. (Apparently breast science has not advanced past the slide-rule era.) Rouillon has emphasized that the volunteers, ages 18 to 35, didn’t necessarily encompass the full range of breast diversity, and might not be representative of the global population.

However, the researchers found that the nipples of women who didn’t wear bras lifted an average of 7 millimeters toward the shoulders in a year, and the breasts became firmer, according to The Connexion.

“Medically, physiologically, anatomically – breasts gain no benefit from being denied gravity,” Rouillon told France Info radio yesterday. “On the contrary, they get saggier with a bra.”

This is because when strapped into a bra, “supporting tissues will not grow and even they will wither and the breast will gradually degrade,” Rouillon said. Yeesh.

Overall, he called bras “a false necessity.” Yet he also warned that those who have worn a bra for years won’t derive any benefit from sending their underthings up in flames. So feel free to throw off the sag-inducing chest oppressor and deny gravity no more, ladies. But if you don’t have the body of an 18-to-35-year-old French woman, it may not help.