It turns out that women who feel bad about their bodies don't feel happier after they binge their way through an entire box of donuts. Who knew? 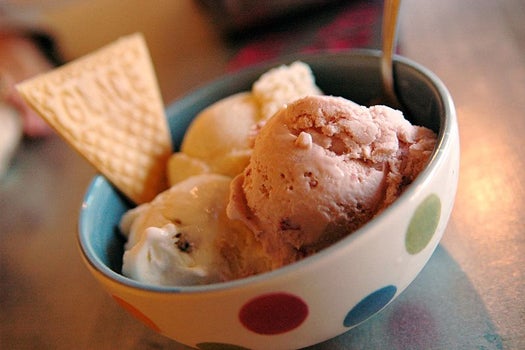 As much as we all wish the answer to any problem could be “eat more junk food,” powering through an entire pint of Ben & Jerry’s when you’re in a bad mood won’t help you feel better, according to research from Penn State University. It’ll probably make you feel worse, actually. Shocker.

Researchers gave handheld computers to a group of 131 college-age women with high levels of concern about their weight and body shape and patterns of unhealthy eating — but not eating disorders — and had them self-report their moods and eating behavior several times a day. They found the subjects’ bad moods worsened after bouts of “disordered eating patterns,” like binge eating, loss of control over food intake or intake restriction.

Imagine that: For a bunch of young women who already have body image issues, going on a massive binge when they feel bad doesn’t put them in a better mood. If they were feeling negative, their mood worsened significantly after a round of unhealthy eating. Positive feelings weren’t affected by disordered eating, though: Good moods didn’t change either before or after eating.

The scientists presented their findings at the American Psychosomatic Society conference in Miami last week. Joshua Smyth, a Penn State professor of biobehavioral health, pointed out that the study was unique in that it studied women in the course of their daily lives rather than in the laboratory, which could lead to better treatments for women with eating disorders and weight concerns. “The results from this study can help us to better understand the role mood may play in the development and maintenance of unhealthy eating, and weight-control behaviors,” he said in a statement.

The next time you’re feeling down, put away your tear-soaked pint of Chubby Hubby and perhaps try laughing alone with salad instead.