In 1884, A Popular Science Writer Got Way Too Stoned

From our archive, a dramatic first-hand account of marijuana overdose. 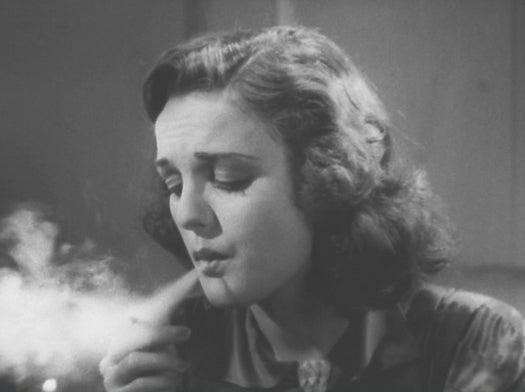 “An Overdose of Hasheesh,” by Mary C. Hungerford, originally appeared in the February 1884 issue of Popular Science magazine.

Being one of the grand army of sufferers from headache, I took, last summer, by order of my physician, three small daily doses of Indian hemp (hasheesh), in the hope of holding my intimate enemy in check. Not discovering any of the stimulative effects of the drug, even after continual increase of the dose, I grew to regard it as a very harmless and inactive medicine, and one day, when I was assured by some familiar symptoms that my perpetual dull headache was about to assume an aggravated and acute form, such as usually sent me to bed for a number of days, I took, in the desperate hope of forestalling the attack, a much larger quantity of hasheesh than had ever been prescribed.

Twenty minutes later I was seized with a strange sinking or faintness, which gave my family so much alarm that they telephoned at once for the doctor, who came in thirty minutes after the summons, bringing, as he had been requested, another practitioner with him.

I had just rallied from the third faint, as I call the sinking turns, for want of a more descriptive name, and was rapidly relapsing into another, when the doctors came. One of them asked at once if I had been taking anything unusual, and a friend who had been gent for remembered that I had been experimenting with hasheesh. The physicians asked then the size and time of the last dose, but I could not answer. I heard them distinctly, but my lips were sealed. Undoubtedly my looks conveyed a desire to speak, for Dr. G , bending over me, asked if I had taken a much larger quantity than he ordered.

I was half sitting up on the bed when he asked me that question, and, with all my energies bent upon giving him to understand that I had taken an overdose, I bowed my head, and at once became unconscious of everything except that bowing, which I kept up with ever-increasing force for seven or eight hours, according to my computation of time. I felt the veins of my throat swell nearly to bursting, and the cords tighten painfully, as, impelled by an irresistible force, I nodded like a wooden mandarin in a tea-store.

In the midst of it all I left my body, and quietly from the foot of the bed watched my unhappy self nodding with frightful velocity. I glanced indignantly at the shamefully indifferent group that did not even appear to notice the frantic motions, and resumed my place in my living temple of flesh in time to recover sufficiently to observe one doctor lift his finger from my wrist, where he had laid it to count the pulsations just as I lapsed into unconsciousness, and say to the other: “I think she moved her head. She means us to understand that she has taken largely of the cannabis Indica.”

So, in the long, interminable hours I had been nodding my head off, only time enough had elapsed to count my pulse, and the violent motions of my head had in fact been barely noticeable. This exaggerated appreciation of sight, motion, and sound is, I am told, a well-known effect of hasheesh, but I was ignorant of that fact then, and, even if I had not been, probably the mental torture I underwent during the time it enchained my faculties would not have been lessened, as I seemed to have no power to reason with myself, even in the semi-conscious intervals which came between the spells.

These intervals grew shorter, and in them I had no power to speak. My lips and face seemed to myself to be rigid and stony. I thought that I was dying, and, instead of the peace which I had always hoped would wait on my last moments, I was filled with a bitter, dark despair. It was not only death that I feared with a wild, unreasoning terror, but. there was a fearful expectation of judgment, which must, I think, be like the torture of lost souls. I felt half sundered from the flesh, and my spiritual sufferings seemed to have begun, although I was conscious of living still.

One terrible reality—I can hardly term it a fancy even now—that came to me again and again, was so painful that it must, I fear, always be a vividly remembered agony. Like dreams, its vagaries can be accounted for by association of ideas past and passing, but the suffering was so intense and the memory of it so haunting that I have acquired a horror of death unknown to me before. I died, as I believed, although by a strange double consciousness I knew that I should again reanimate the body I had left. In leaving it I did not soar away, as one delights to think of the freed spirits soaring. Neither did I linger around dear, familiar scenes. I sank, an intangible, impalpable shape, through the bed, the floors, the cellar, the earth, down, down, down! As if I had been a fragment of glass dropping through the ocean, I dropped uninterruptedly through the earth and its atmosphere, and then fell on and on forever.

I was perfectly composed, and speculated curiously upon the strange circumstance that even in going through the solid earth there was no displacement of material, and in my descent I gathered no momentum. I discovered that I was transparent and deprived of all power of volition, as well as bereft of the faculties belonging to humanity. But in place of my lost senses I had a marvelously keen sixth sense or power, which I can only describe as an intense superhuman consciousness that in some way embraced all the five and went immeasurably beyond them. As time went on, and my dropping through space continued, I became filled with the most profound loneliness, and a desperate fear took hold of me that I should be thus alone for evermore, and fall and fall eternally without finding rest.

“Where,” I thought, “is the Saviour, who has called his own to his side? Has he forsaken me now?” And I strove in my dumb agony to cry to him. There was, it seemed to me, a forgotten text which, if remembered, would be the spell to stop my fatal falling and secure my salvation. I sought in my memory for it, I prayed to recall it, I fought for it madly, wrestling against the terrible fate which seemed to withhold it. Single words of it came to me in disconnected mockery, but erased themselves instantaneously. Mentally, I writhed in such hopeless agony that, in thinking of it, I wonder I could have borne such excess of emotion and lived. It was not the small fact of life or death that was at stake, but a soul’s everlasting weal.

Suddenly it came. The thick darkness through which I was sinking became illuminated with a strange lurid light, and the air, space, atmosphere, whatever it might be called, separated and formed a wide black-sided opening, like the deadly pit which shows itself in the center of a maelstrom. Then, as I sank slowly into this chasm, from an immeasurable distance above me, yet forcibly distinct, the words I longed for were uttered in a voice of heavenly sweetness: “He that believeth on me hath everlasting life, and shall not come unto condemnation.” My intense over-natural consciousness took possession of these words, which were, I knew, my seal of safety, my passport to heaven. For one wild instant a Hash of ineffable joy, the joy of a ransomed soul, was mine. I triumphed over sin and hell and the unutterable horrors of the second death. Then I plunged again into the outer darkness of the damned. For the talisman which had been so suddenly revealed was, as if in mockery, as suddenly snatched from me, and, as before, obliterated from my recollection.

Then all the chaos beyond the gap into which I was falling became convulsed, as if shaken by wind and storm. Hideous sounds of souls in torment, and still more hideous peals of mocking, fiendish laughter, took the place of the hitherto oppressive silence. I was consumed by a fearful, stinging remorse for the sins done in the body. Unlike the experience of the drowning, my sins did not present themselves to my remembrance in an array of mathematical accuracy. On the contrary, not one was specifically recalled, but, if my daily walk and conversation had through life been entirely reprobate, and the worst of crimes my constant pastimes, my consequent agony of self-reproach could not have been greater. My conscience, in its condition of exaggerated self-accusation, was not only the worm that never dieth, but a viper that would sting eternally, a ravening beast that, still insatiate, would rend and gnaw everlastingly.

Read the rest of this trippy tale in the February 1884 issue of Popular Science.