Both are better than traditional black roofs, which drive up summertime temperatures and energy use in cities. 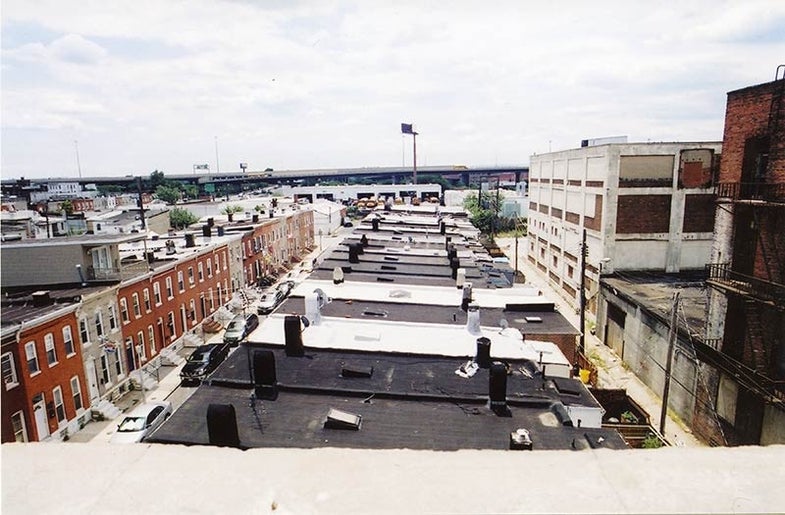 What’s the greenest roof? A white one. White-painted roofs are three times more efficient than “green roofs”—rooftops that are planted over with grass or other greenery—at countering global warming, a new analysis found. White and green are both are much better for the environment than traditional black-colored roofs, which heat up under the sun, drive up air conditioning bills, and make cities and towns a few degrees warmer than they would be otherwise. Cooler roofs can make a big difference: In a previous study, the same team determined that a 100-square-meter white roof offsets 10 tons of planet-warming carbon dioxide over its lifetime.

The work comes from a team at the Lawrence Berkeley National Laboratory in California that’s dedicated to studying how to keep cities cooler. Although team members knew both white and green roofs are better than traditional roofing, they wanted to get some hard numbers comparing the two. White roofs came out ahead in both improving global temperatures and cost, but both are good choices, the team wrote in a paper published in the journal Energy and Buildings.

White roofs reflect sunlight and heat so well, they help counter global warming, the team found. Green roofs don’t reflect as well. However, both kinds of roofs keep their own buildings cool on hot days. Green roofs actually save owners more on their energy bills, because evaporation from the plants makes them better at cooling buildings in the summertime, while in the winter, they help hold in heat because they’re more insulating.

“In Chicago’s July 1995 heat wave, a major risk factor in mortality was living on the top floor of a building with a black roof.”

Nevertheless, over 50 years, green roofs cost more than both black ones and white ones because the plants are expensive to install, the lab found.

Either way, the team advocates many cities phase out black roofs. Not only do dark rooftops impact the environment, they make heat waves in cities more dangerous, Arthur Rosenfeld, the lead scientist in the roofs analysis, said in a statement. Rosenfeld is a physicist and energy researcher at the Lawrence Berkeley National Lab.

“In Chicago’s July 1995 heat wave, a major risk factor in mortality was living on the top floor of a building with a black roof,” he said. “Government has a role to ban or phase out the use of black or dark roofs, at least in warm climates, because they pose a large negative health risk.”