Politics aren't the only hot topic in Iran 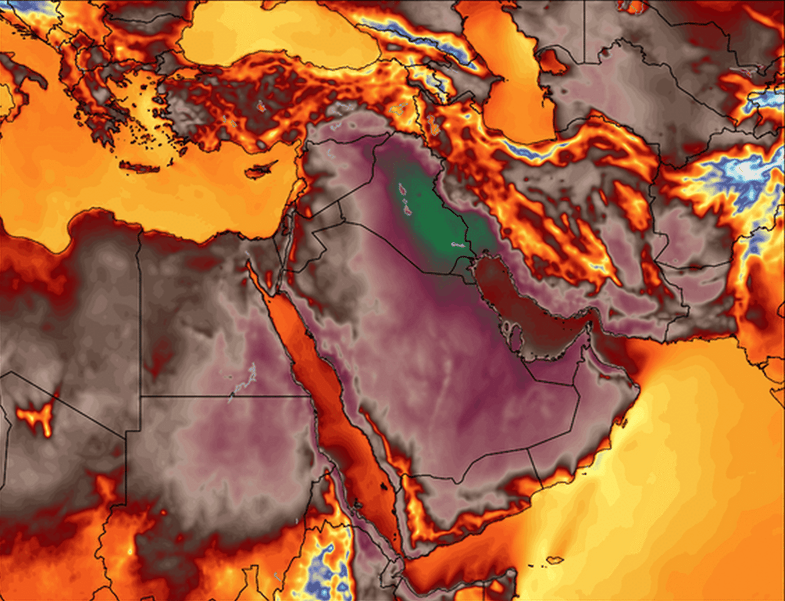 165 degrees is a temperature at which you might consider setting your oven. It’s the safe minimum cooking temperature for any number of foods. And it’s also what the air felt like today in Bandar Mahshahr, Iran.

People tend to feel the heat more when there is high humidity because the moisture in the air prevents sweat from evaporating. The evaporation of sweat from the skin helps the body to cool. Without it, humans can feel like it is much hotter than the temperature on the thermometer outside. The National Weather Service says that at a heat index above 125 degrees “heat stroke is very likely”. Earlier this summer, in Pakistan, a heat wave killed over 1,200 people. The temperatures in the Middle East are expected to remain high for the next several days prompting some countries to order mandatory days off in an effort to keep people out of the heat.

The heat index in Bandar Mahshahr is the second highest ever recorded according to the Washington Post. They say the highest was recorded in 2003 in Saudi Arabia, where the heat index reached 178 degrees Fahrenheit.