What’s the deal with this beaver herding a bunch of cows?

An animal behaviorist shares his thoughts about the viral video 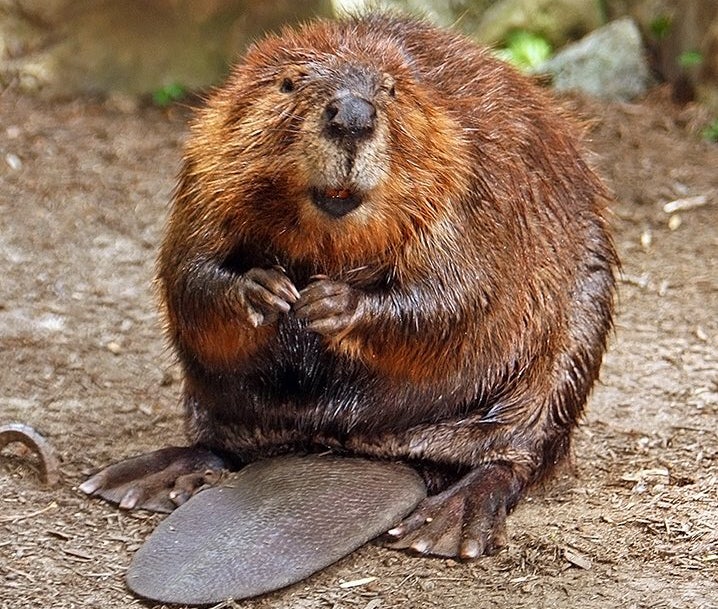 The latest sensation taking the internet by storm is this video of a beaver “herding” cows in Canada:

According to the rancher who took the video, there are 150 head of cattle in the herd, all attentively following the beaver.

Either those ranchers have turned beaver training into a high art, or there’s something else going on here. We talked to Con Slobodchikoff, a biologist and animal behavior researcher at the University of Northern Arizona, to find out.

What’s the beaver doing in that field?

Slobodchikoff suspects this is a young beaver leaving its home stream and striking out on its own. As it searches for a new stream to live in, it may end up crossing land where it wouldn’t usually want to hang out—like a dung-strewn cow pasture.

But, as all college freshmen eventually discover, being on your own can be risky. There are predators out there. This beaver, upon learning that cows don’t eat beavers, was probably grateful for the company, says Slobodchikoff.

“Once the beaver realized that the cows were not going to do any harm, it probably was comfortable having a whole herd of cows available to scare off any potential predators.”

In other words, there’s safety in numbers.

Why are the cows following it?

In the video, you can see the cows at the front of the herd stretching to get a better look and sniff at the beaver, then dashing back excitedly. “Cows are curious animals,” says Slobodchikoff, “and they probably have never seen a beaver before. Just like we might be excited and interested in something that we have never seen before, that is exactly what the cows are doing.”

But for the lucky few at the front the pack, “the beaver encounter was probably the high point of their day,” says Slobodchikoff.