All the ways you can reduce screen time across your devices

Learn to take a break. 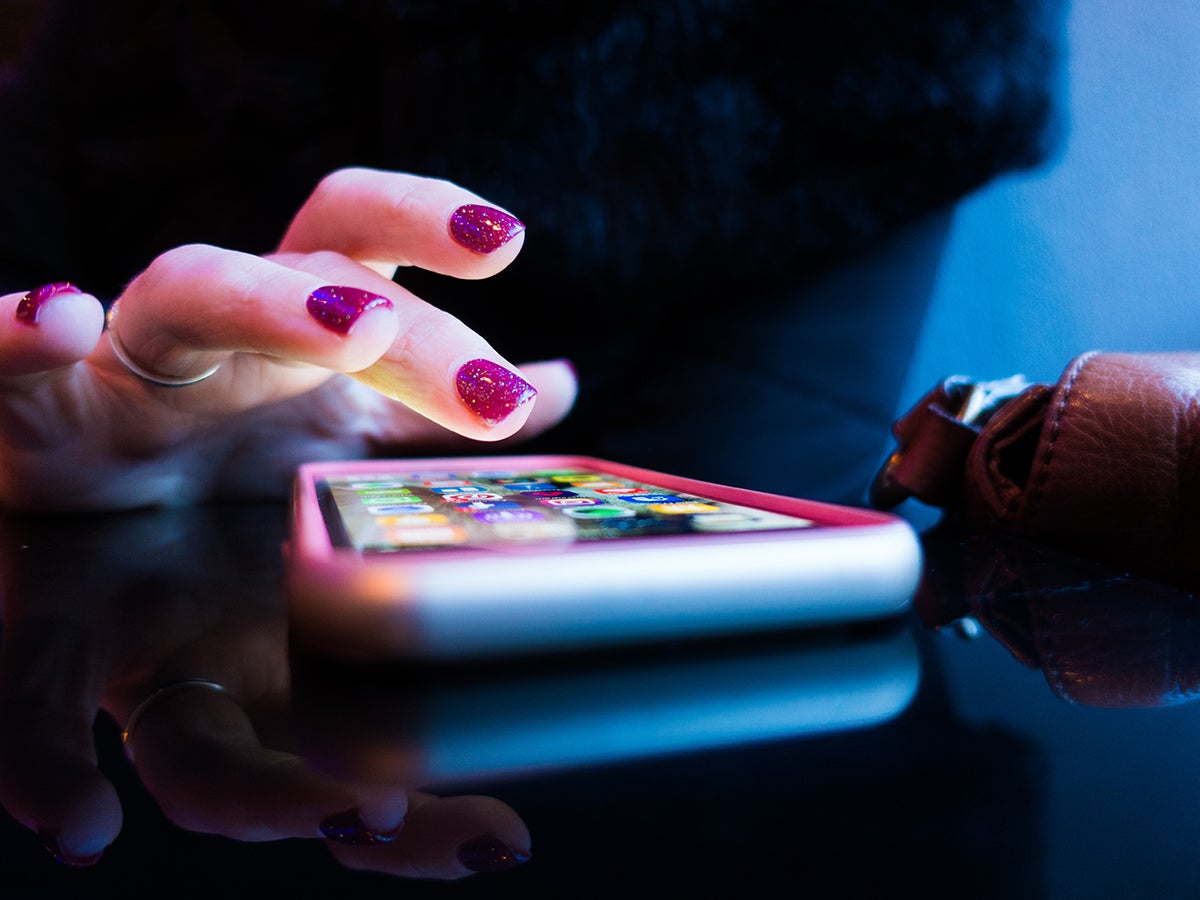 This story has been updated. It was originally published on April 28, 2019.

Our laptops and smartphones hold a lot of appeal. After all, they’re how we check up on our friends, load up the latest game, or read through the knowledge collected on Wikipedia. There’s so much potential for entertainment and distraction.

But too much of a good thing can be detrimental to our health, no matter what our age, and it seems hardware makers and app developers have been wising up to it.

With that in mind, we’ve got some tips, tools, and apps to help you limit how much time you spend staring at screens, whether it’s the little one in your hand or the larger one on your desk.

Set up Digital Wellbeing for Android

Google makes its own free screen time monitoring tool called Digital Wellbeing. Initially, this feature was only available for Pixel phones, but Google started requiring manufacturers to include it in their own versions of Android in 2019. No matter the make of your device, if it’s running Android, you should find Digital Wellbeing & parental controls on the Settings menu.

The opening splash screen shows how much of the current day you’ve spent on your phone and which apps you’ve used the most. If you’ve got a TikTok obsession, it’ll show up here. Tap on the colored dial to see your screen time broken down by day and week, with the most-used apps for each time period listed underneath.

Digital Wellbeing offers two main ways to cut down on screen time. From the main overview page, go to Dashboard to put time restrictions on any app on your phone—just tap the timer icon to the right of any entry and set a limit. These reset at midnight, and while you can easily override and disable them, they might make you think twice about firing up Twitter for the hundredth time in one morning.

[Related: Get your work life together with one of these time-management apps]

Along with timers, Digital Wellbeing has another way to set app limits. From Settings, choose Apps, tap an app name, then choose Screen time. Touch the App Timer button to set your limit for the day—anywhere from zero minutes to 23 hours and 55 minutes.

Back on the Digital Wellbeing main menu, there’s also Bedtime mode, which will help wean you off your phone at the end of the day. From this page, you’ll be able to set start and end times (such as when you go to bed and when you wake up), and Wind Down will automatically turn the screen gray and limit notifications during those times.

To set which apps can and can’t disturb you, tap Do Not Disturb on the main menu of Digital Wellbeing. It’s possible, for example, to only allow calls and text messages from your starred contacts to show up while you’re in Do Not Disturb mode, so certain people will always be able to reach you in an emergency.

Use Screen Time for iOS, iPadOS, and macOS

Apple, meanwhile, has had a screen time management tool since it launched iOS 12 in September 2018. It’s fittingly called Screen Time, and you can find it on your iPhone, iPad, and Mac computer. For simplicity’s sake, we’ll walk through the iOS version as an example, but it works exactly the same on iPadOS, and there are only aesthetic differences on macOS.

From your phone’s main Settings screen, tap the Screen Time entry to see how much time you’ve been spending on your device and which apps are primarily responsible. On a laptop or desktop, find it by clicking the Apple Menu, then System Preferences, and Screen Time.

To put limits on a particularly addictive set of apps, tap App Limits, and then Add Limit. You can tap All Apps & Categories at the top to set restrictions on your entire phone, touch the empty circles to the left of individual categories to grab all the apps that fall under specific labels, or tap the right arrow icon next to each category to see and select from a list of all the apps in that group. When you’ve made your selections, hit Next in the top right and set a time limit (from one minute to 23 hours and 59 minutes). You can also use the Customize Days option to set different limits for different days. Tap Add to lock the settings in place.

You can repeat those steps to set as many limits as you want, and you can adjust them at any time by going back to Settings > Screen Time > App Limits.

Another option on the Screen Time page is Downtime. Select this, and you’ll see two options: Turn On Downtime Until Tomorrow and Scheduled. Tap the former to immediately shut off access to all apps except those you’ve chosen to let through. For more granular control, turn on the toggle switch next to Scheduled to customize the dates and times you’d like Downtime to automatically turn on. When any version of Downtime is active, the blocked apps will be grayed out on your home screens.

By default, Apple will allow phone calls, text messages, FaceTime calls, and Apple Maps through the Downtime barrier, but you can change that. To do so, go back to the main Screen Time page and tap Always Allowed. Use the red minus or green plus icons to build a list of apps that always ignore Downtime.

As on Android, it’s not particularly difficult to turn these features off after you’ve applied them—some willpower will be required—but the warnings and restrictions Screen Time puts in place should encourage you to spend less time staring at your phone’s display.

How to set screen time limits on Windows

Although macOS has Screen Time now (it originally launched on iOS), there are no built-in options for Windows yet—at least if you’re an adult. The closest you can get is using Microsoft’s parental controls to set limits on your kids’ PC usage. You can do this by going to your Microsoft account page online, setting up a new family group with one or more children in it, and then setting times when your kids are allowed to use Windows.

Google and Apple are not the only developers who have realized just how damaging too much screen time can be, and some have been working on tools similar to Digital Wellbeing and Screen Time for years. That means there’s a wide variety of apps available to help you cut down on the time you spend on your gadgets.

For Windows, Time Boss is a comprehensive and free option for controlling which apps run at which times, encouraging you to take a break when you need it. If anything, the program gives you too many options. Cold Turkey is simpler, but only blocks websites for free—you’ll need to pay $39 for it to block apps too.

On macOS, we like Focus. You activate it from the menu bar, tell the application how long you want to remain distraction-free, and it does the rest. You can blacklist and whitelist certain sites and apps, get the program to run on a schedule, and more. You can subscribe starting at $4.99 a month for personal use or $9.99 with professional features, such as Pomodoro mode and scheduling tools. You can also get Focus for a one-time payment of $89, but you don’t have to commit right away—the app has a seven-day free trial. It’s worth noting that Apple has its own built-in Focus mode, but you may find it doesn’t do everything you want it to do.

SelfControl is a decent and free option for macOS, but it’s a bit more rudimentary than Focus and concentrates solely on websites—you can’t use it to limit your use of other applications.

A couple of cross-platform tools provide comprehensive app and website blocking on demand, forcing you to take a break from whatever it is you’re spending too much time on. Freedom gives you plenty of flexibility over what you can block and when and works across Windows, macOS, Android, and iOS. There’s a seven-session free trial, and then the price starts at $8.99 a month (or $3.33 with an annual plan).

In a similar vein, FocusMe (from $7.95 a month, with a 14-day free trial available) helps you focus across Windows, macOS, and Android, but not iOS. With it, you can see how much time you spend with certain apps, force yourself to take a break at a certain time, cut off your access to apps and websites, and more.

Apple doesn’t really allow other apps to duplicate Screen Time functionality on iOS, which is why FocusMe doesn’t cover it, and Freedom for iPhone is somewhat limited, but for Android, ZenScreen is one of the best alternatives to Digital Wellbeing we’ve found. You can download the app for free and use it on up to five devices, but you’ll have to pay $5 a month for a subscription (or $3.99 a month for an annual plan) if you want to curb your screen time on more gadgets. The platform will break down your app usage by time, let you set limits on specific apps, remind you to take breaks during the day, and generally make your relationship with your phone a healthier one.