Apple introduced the Dynamic Island on iOS 16 and now Android users can get in on the fun as well. 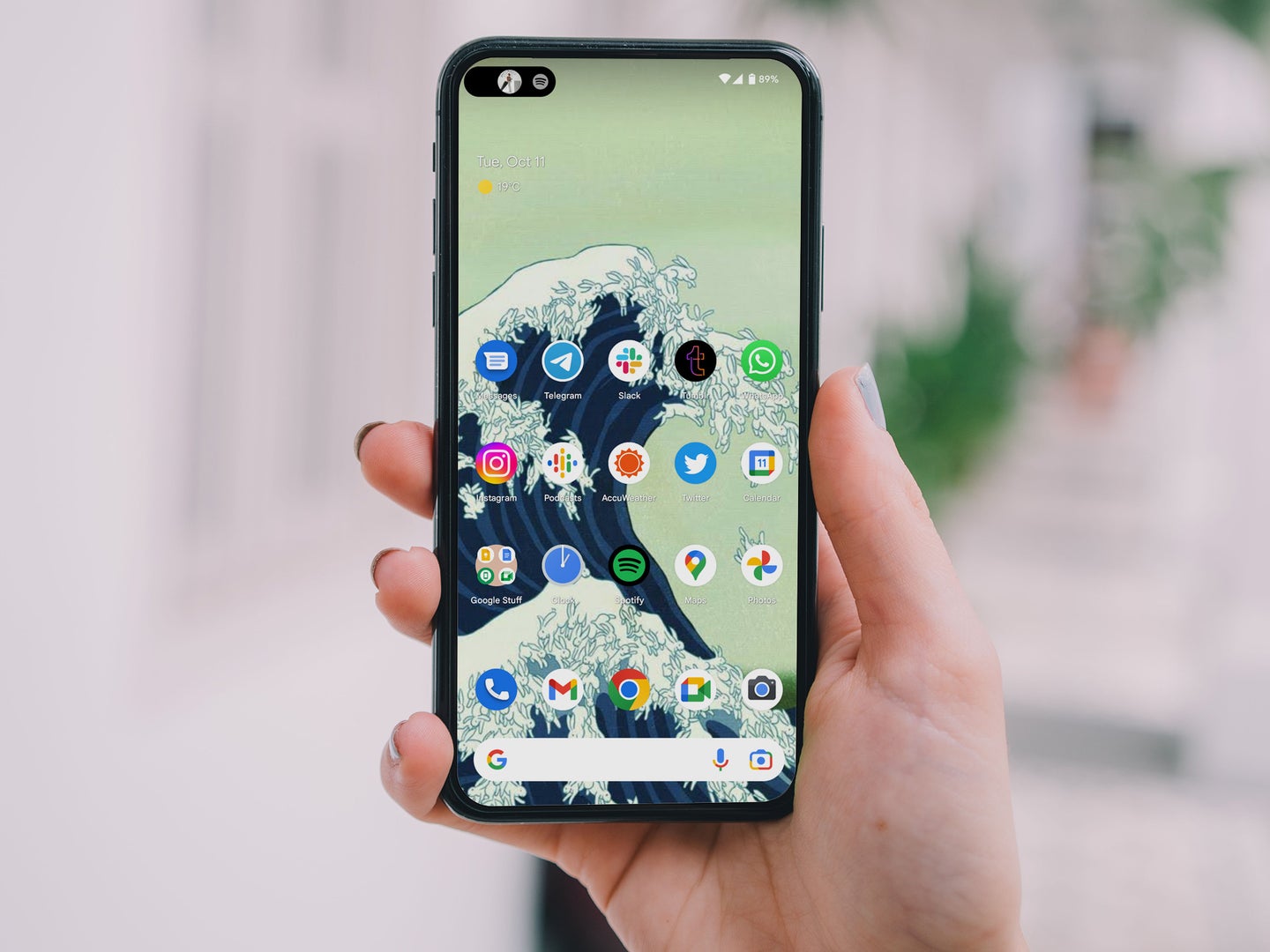 Maybe you can barely notice it, but it certainly gets you more options. abillion / Unsplash
SHARE

You probably noticed a lot of people on social media were really excited about this new feature, and if you’re an Android user, you might’ve felt a bit left out. But Android being Android, already has a third-party app that can implement this change for you. It’s called DynamicSpot, and it mimics a lot of the functionality that Apple has added to the latest update of iOS.

What is the Dynamic Island

The pill-shaped gap in the latest iPhone Pro’s display houses essential utilities like the selfie camera, a proximity sensor, a speaker, and a microphone, among others. But thanks to the latest iOS update, the island turns into so much more, changing shape and having little informative symbols appear on either side of the camera depending on what you’re doing with your phone.

[Related: The new Android 13 features you need to be using]

The Dynamic Island also expands to a larger size in some scenarios. Such is the case of incoming calls, when you get options to answer or reject the call, or when you play audio and get playback controls. It’s a versatile interface innovation that app developers will no doubt make more use of over time.

Google engineers may eventually add something similar to Android in the future, which could take advantage of the punch-hole cut-outs on the screens of the Pixel 7 and 7 Pro. But in the meantime, the DynamicSpot app is a slick and flexible option for impatient Android users.

DynamicSpot for Android is free to install, but some features will require you to unlock the Pro version for a one-off payment of $5. These tools include putting music playback controls in the Dynamic Island and having it appear on the lock screen as well.

Once you’ve installed DynamicSpot, you’ll need to give it some permissions. The app will ask for access to your notifications to display them on the Dynamic Island, for example, as well as permission to draw overlays on the Android interface so that the app can create different-sized black shapes.

With that done, you can start playing around with the settings that DynamicSpot has to offer. The top option on the main menu is Notifications. This menu lets you set whether general notifications appear in the Dynamic Island and if so, which of the apps on your phone can trigger alerts like this.

The Behavior menu is where you can choose to have the island showing at all times (even when there are no notifications or apps to show), allow the Dynamic Island split in two, and set its time-out delay. Pro users can put the island on the lock screen from here and change how they can use short taps and long presses to interact with it.

Select Appearance from the main menu and you’ll be able to change the icons the island uses, and set whether or not it displays album covers, for example. More options are available for Pro subscribers, including an animated music visualizer and controls for playing audio.

Dimensions is the last significant entry in the main menu, right above options for rating the app, getting help, and upgrading to the Pro version. Open it up to set how big the Dynamic Island is and where exactly it sits on the screen. This is handy if the app doesn’t fit exactly with the selfie camera cut-out on your screen. These options are available for free-tier and Pro version users.

The iPhone 14 Pro and Pro Max have only been with us for a month at the time of writing, so it’s still early days for DynamicSpot. This means that you can still expect more features and functions over time.