The new Android 13 features you need to be using 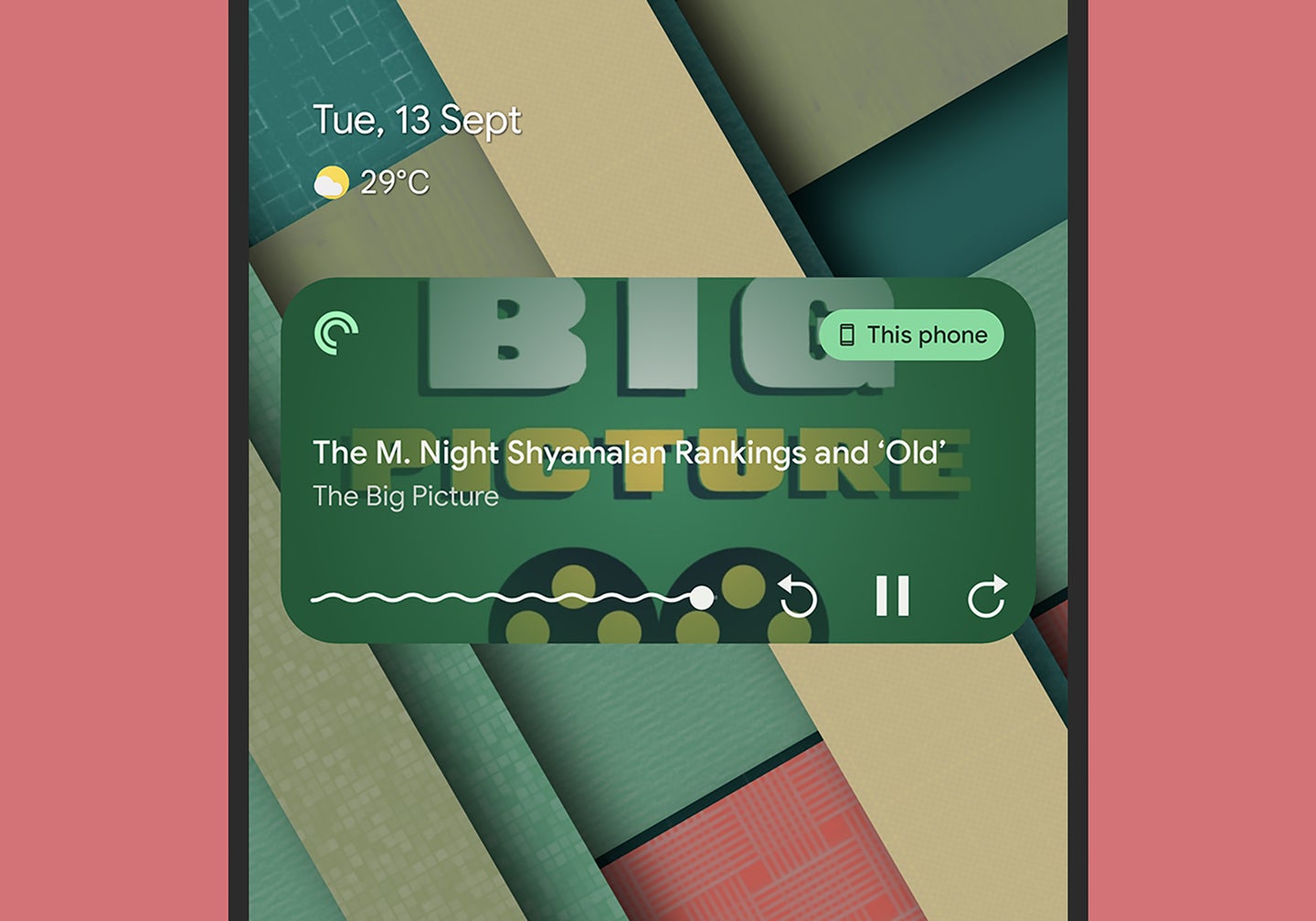 Android’s major 2022 update is the thirteenth iteration of the mobile operating system and is now out in the wild. It headed first to Google’s own Pixel phones, before making its way to handsets from the likes of Samsung, OnePlus, Motorola, Nokia, and others.

Just like iOS, Android is now mature and refined enough that it doesn’t need a full-on renovation every 12 months, so we’ve gotten used to there not being too many huge changes each year.

That said, there are improvements and upgrades in Android 13 that are worth talking about. Here are the ones you should check out once it arrives on your handset.

Android 12 made significant strides in terms of how you could theme the look of the interface with wallpapers and colors. Now, Android 13 builds on that with auto-theming icons, which means that app icons on the home screen will change their color automatically to match the wallpaper.

To use this feature, go to Settings, tap Wallpaper and style, then make sure the Themed icons toggle switch is set to on.

[Related: 4 ways to know if iOS or Android is better for you]

But there are a couple of caveats. For now at least, auto-themed icons are only available on Pixel devices, and app developers need to provide compatible icons for the theming to work. Most of Google’s apps have been updated, for example, but it might take some time for the makers of your favorite apps to catch up.

This is a relatively small change, but it has the potential to make a big difference. Android 12 introduced a system that forces apps to ask permission to access your phone’s camera and location, for example, the first time that they require them.

In Android 13, this protocol has been extended to notifications. Instead of an app simply sending you alerts—forcing you to either accept them or dig into the Settings page to turn them off—you’ll see a notification permission request. The moment this request shows up is up to the developer, but it’ll typically be quite early on.

As before, you can change app settings (including notifications and other permissions), by going to Settings. Tap on Apps and See all apps, then choose an app and pick Permissions.

If you prefer alerts that vibe instead of making a ruckus, you’ll be pleased to hear that Android 13 has added some more granular control over how these vibrations work.

Essentially, you can now choose different vibration levels for calls, alarms, and other notifications, as well as touch feedback. You can also get incoming calls to vibrate your phone first, before gradually adding an audible sound.

To find all of these new options from Settings in Android, tap on Sound and vibration, then Vibration and haptics. Each option has a slider, so you can carefully control the vibrations in quite a precise way.

With the pandemic, QR codes grew in popularity as a way of accessing and presenting information without having to touch anything.

Android has been reading QR codes for a long time, but Android 13 makes its QR code reader a little easier to access. Open Quick Settings with a two-finger swipe from the top of the screen, then tap the pen icon (lower right) to make changes, and you’ll see there’s a Scan QR code option that you can drag into the Quick Settings panel.

Bonus tip: Another Android 13 tile that you can add to the Quick Settings panel, in the same way, is One-handed mode. It slides down certain elements of the user interface so they’re easier to reach with your thumb.

Android and iOS borrow from each other all the time. In this case, Google has pinched an idea from Apple and now allows users to limit the access of apps to their phone’s photos. It’s no longer all or nothing—now, apps will only have access to the images and videos you select, not your entire gallery

You’ll only see the change when an app needs access to your photos and videos. You’ll notice a new-look picker that will enable you to select one or more images or clips, starting with the most recent.

The redesigned interface also lets you select specific albums from your phone’s gallery and any connected cloud storage.

One of the more obvious upgrades you’ll see on Android 13,  is a redesigned media player widget. It shows up under Quick Settings and on the lock screen when media is playing.

Two of the visual changes that you’ll notice are that the play button is bigger and has been moved to the right, and the progress bar now has a squiggly effect on it when a podcast, video, audiobook, or song is on.

As before, the background of the media player widget is covered by whatever artwork is available from the app in question (album art, for example). Up in the top right corner of the widget, you can see where the media is playing, whether that’s your phone’s speaker or a connected device, such as a Chromecast.

Another small but significant change comes in the way that Android 13 has revamped the audio output selection screen. This comes in handy if you’re playing audio from your phone on Bluetooth speakers or other streaming devices, for example.

With media playing, head to Settings and choose Sound and vibration, then tap the Play… link underneath Media volume. The link should include the name of the app that’s doing the playing.

Not only does the redesigned pop-up dialog make it easy to switch between outputs—from wireless headphones to connected car stereos—it also lets you adjust the relative volume levels too.