So this video was uploaded on April 1st (*danger! danger!*) but we’ve known of the Pal-V for a few years... 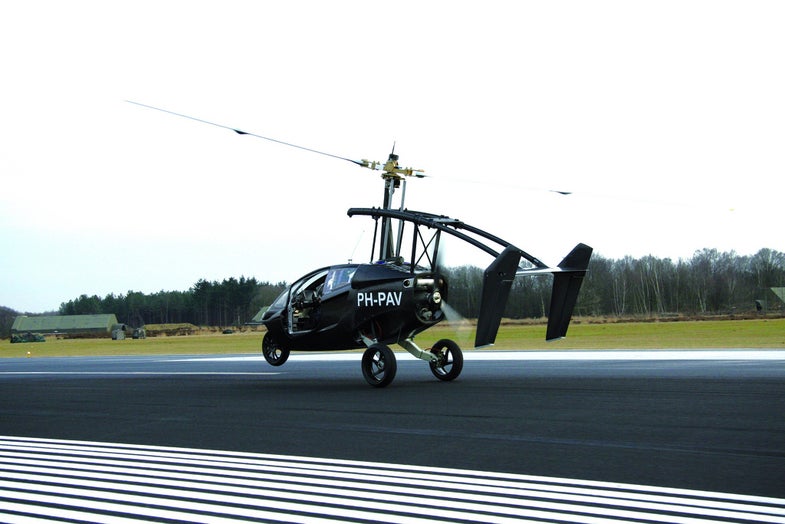 So this video was uploaded on April 1st (*danger! danger!*) but we’ve known of the Pal-V for a few years and we’ll assume for the moment that the Dutch company was not aware of the risk in uploading a video of a flying car on April Fool’s Day. The Pal-V, which stands for Personal Air and Land Vehicle, is actually more of a driving autogyro than a flying car, but it can drive like a car, and it can also fly, so we are definitively on board.

An autogyro is an old idea–it uses an unpowered rotor on the top of the vehicle, but it’s not like a helicopter, which generates lift by blasting air downwards with it. Instead, power is provided by a smaller propellor at the rear, and the top rotor is used for pitch and yaw, more like a glider. (That also means if your power goes out, you can glide slowly to the ground.) The Pal-V, a small, one-person autogyro that also drives sort of like a three-wheeled motorcycle, leaning into turns, has been around for a few years, but it just completed and post the video of its first flight. The video: