The Seventh-Generation Porsche 911 is Lighter, Faster and More Efficient

Since unveiling the 911 Carrera in 1963, Porsche has built many dozens of variations, ranging from convertibles to racing editions... 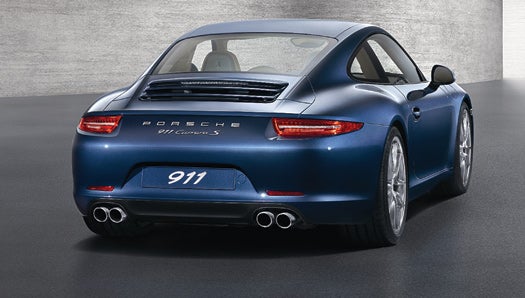 Since unveiling the 911 Carrera in 1963, Porsche has built many dozens of variations, ranging from convertibles to racing editions to subtly tweaked versions distinguishable only to board members of the Porsche Club of America. Full-blown generational revamps have been rarer. When the seventh Porsche 911 arrives this month, 90 percent of the vehicle’s components will be new or redesigned. The result is a car that corners more evenly and consumes less gas, yet is substantially quicker than its predecessors.

Designers cut 100 pounds by using a higher proportion of lightweight aluminum- steel composite in the body. As the car travels faster, an adaptive rear spoiler shifts position, applying as much as 200 pounds of downforce to the rear wheels and increasing stability.

The standard 3.4-liter, 350-horsepower flat-six boxer engine is 16 percent more efficient than the outgoing engine yet more powerful by five horsepower. The pricier 911 S comes with a 400-horsepower, 3.8-liter flat-six and runs from 0 to 60 in as little as 3.9 seconds.

Both new 911s come with a stop-start system that powers down the engine at stoplights and fires it back up once the driver touches the accelerator. When coasting, the car’s “sailing” mode automatically idles the engine for further fuel savings. 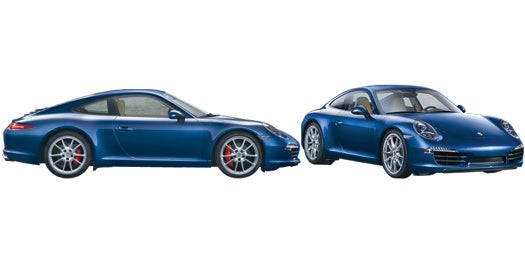 After years of pushing “automated manual” transmissions, Porsche does stick-shift fans a favor by offering the new 911 with the first seven-speed manual transmission. A shift lock prevents drivers from selecting the highway-speed overdrive gear prematurely.

A torque-vectoring system slows down the inside rear wheel to pivot the 911 more quickly around corners. Anti-roll assist (Porsche Dynamic Chassis Control) senses cornering forces and adjusts the suspension to keep the body flat through turns.