Preventing An Outbreak From Inside The ICU

Gaps in infection control may lead to unwanted spread 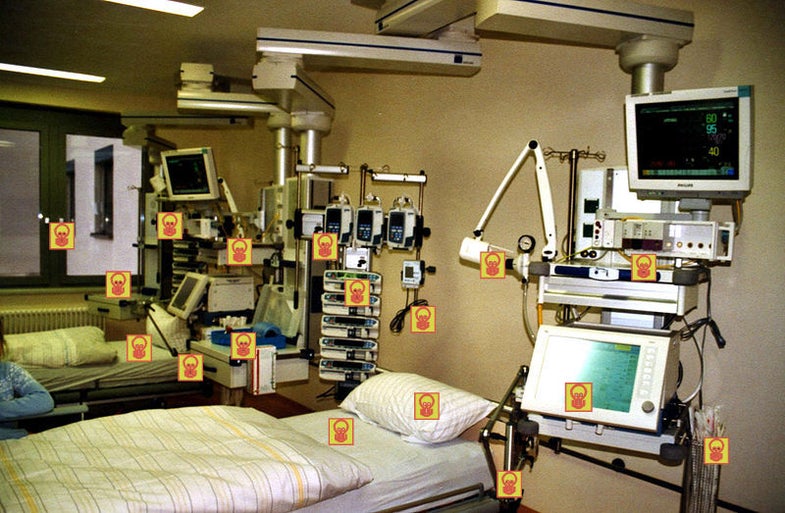 You might not remember the name Thomas Eric Duncan, but in 2014, he gained an infamous place in American history. He was the first person to ever transmit the Ebola virus in this country. Whilst in the isolation area at Texas Presbyterian Hospital, he managed to spread the virus to two nurses who then potentially could have spread the virus to hundreds of other people. Thankfully, the spread was contained and no one else was infected.

Since this incident, there has been a heated debate in the healthcare community on how to deal with critically ill people such as Duncan, who may pass on a potentially deadly illness and spark an outbreak in the community. While Ebola may have been the agent of concern in this case, the debate has expanded to include other infectious diseases including SARS and MERS.

The concept of the intensive care unit (ICU) as the root of an outbreak may seem contradictory to the usual thinking of infectious disease spread. Usually, the chances are higher in areas where there are more people and traffic, such as an emergency room. But in reality, the only troublesome route of spread in an emergency room is respiratory droplets, and in most cases, the amount spread is not enough to transmit infection to others.

In contrast, those in the ICU are capable of spreading infections through a variety of routes. Moreover, the amount of contaminated material is significantly higher than in other areas of the healthcare facility. As a result, the risk of contamination is incredibly high. Without proper infection prevention and control mechanisms in place, anyone who comes into contact with the patient is at risk of either becoming a carrier or a victim of the infection.

In light of the situation, an international group of researchers convened to find ways to address the concerns of ICU-mediated infection spread. Last week, they published the first of a series of articles examining how to deal with patients suffering from pathogens with the capability to cause outbreaks.

The authors suggest the focus on highly contagious pathogens is necessary primarily due to the high impact of these outbreaks in the media and public. In the ICU, the potential for spread is maximized as individuals will be shedding the pathogen through significant mass amount of respiratory fluid and possibly through other biological material, such as vomit, blood and feces. Then there are contaminated surfaces, which can quickly contaminate hands and clothing and allow the virus or bacteria to escape.

To ensure the safest environment possible, the use of physical barriers such as masks, gloves, gowns, and negative air pressure should be mandatory. In addition, any invasive procedure, such as intubation and CPR should be avoided unless absolutely necessary. While this may reduce the chances for survival, in terms of preventing spread, this is the best option.

These procedures may not appear to be altogether new. Most have already been brought up in the media during the Ebola scare back in 2014. But as the authors point out, discussion is not action. All one has to do is examine the nature of MERS cases in Saudi Arabia to witness how the healthcare worker can become the root of an outbreak.

The other half of the article deals with a subject that appears in the media on a regular basis but doesn’t have the same effect on the public. Antibiotic resistance is perhaps the greatest threat in the ICU yet rarely gets the appropriate attention. Yet as the authors point out, this one trait could potentially lead to disastrous outcomes.

The authors use as an example multi- and extremely-drug resistant tuberculosis (MDR/XDR-TB). This pathogen is widespread in many parts of the world and anyone coming back to America from these areas could be a carrier. If this individual lands up in the ICU, which is likely, the implications could be dire.

The pathogen, Mycobacterium tuberculosis, can spread easily in the air and infect those with weakened immune systems. Moreover, once the infection has begun, it can be almost impossible to treat. As a result, the potential for high loss of life grows. To ensure this doesn’t happen, the key is to do a proper risk assessment of the patient, including determining medical history. If the pathogen is suspected, the patient needs to be treated in the same way as someone with Ebola in isolation. Only when the bacterium is ruled out can the patient return to the normal ICU environment.

The authors also focused on one final perspective, which should put most Americans at ease. For the most part, the concern relating to these types of outbreaks is limited to low and middle income countries. Yet, by the same respect, the reality of Thomas Eric Duncan reveals even the United States needs to consider the ICU as a potential risk factor. Although the likelihood of another scare is remote at best, being prepared is much better than having to catch up to the pathogen and then in the aftermath, explain what happened to the public.