How have non-alcoholic beers gotten so good?

Ninety-nine percent of a beer is alcohol or water. Maintaining that one percent of flavorful compounds is the challenge. 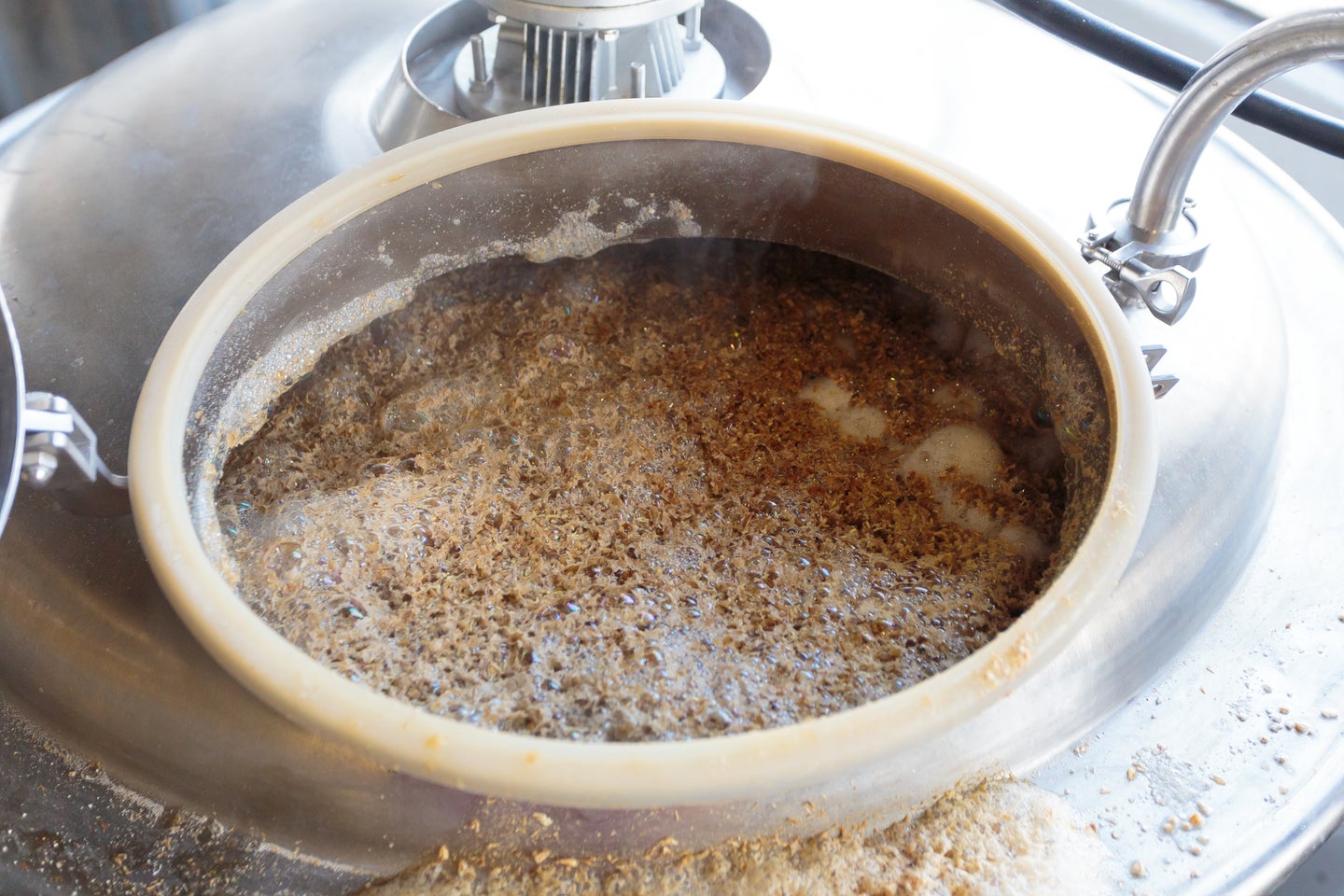 Brewing low-alcohol beer is an ancient art. In the US, the stuff, marketed under the misnomer “non-alcoholic beer,” acquired a reputation for being watery and bland, with a hint of old shoe or urine. Though, to be blunt, up until the craft beer movement of the last two decades, the same could be said of mainstream American beer.

But with drinkers increasingly curious about the health benefits of sobriety, roughly one in six Americans express interest in the drinks, up 30 percent from 2019. That demand has reshaped the technology, and taste, of non-alcoholic—defined as less than 0.5 percent alcohol by volume—options stateside. “We’re coming up on the holiday that sees the highest number of [non-alcoholic] beer sales all year,” says Dana Garves, the founder of Oregon beer-testing facility BrewLab.

How do you get the alcohol out of beer?

Non-alcoholic beer gets its flavor from fermentation, just like its boozy counterparts. All fermented drinks are a smorgasbord of microbes and plant residues, containing thousands of chemicals that shape texture, taste, and smell. There’s the bite of ethanol, the funky resin of hops, the leftover sweetness from the grain, along with tastes and smells from traces of compounds like terpenes, esters, salts, and amino acids.

The trick for brewers lies in removing the alcohol, while leaving complexity intact. Close to 99 percent of a beer is alcohol or water, says Garves, so the margin for error in tweaking that remaining one percent is small.

The easiest way to nix the booze is to heat it. Alcohol boils at a lower temperature than water, and so a brewer can use high temperatures to sift it out—the opposite of distilling liquor. The challenge is that many of those precious scented molecules are also heat sensitive. “Heat tends to really destroy beer,” Garves says. “Anyone who’s left a beer out in the sun for a few hours knows that. It creates a ‘light struck’ flavor, it becomes oxidized.” The beverage loses things like acetaldehyde, an easily evaporated chemical that Garves compares to green apple Jolly Ranchers and that shines through in lagers, and myrcene, which gives the hops in an IPA their spicy, lemony edge.

A key innovation, Garves says, is the widespread adoption of a technique called “vacuum boiling” to remove alcohol. If you’ve ever been at high altitude, you’ve noticed that water boils faster in the low pressure atmosphere. Same is true for ethanol: If a brewer reduces the pressure of the boiling chamber to almost nothing, alcohol will evaporate at room temperature.

Athletic Brewing, a Connecticut outfit which Garves credits with inspiring other craft brewers to tackle non-alcoholic beer, uses a completely different tactic.“We don’t use any of the alcohol removal technologies out there,” Athletic’s head brewer John Walker told Yakima Valley Hops. It’s not that those strategies didn’t work, he said. But that “ultimately, we don’t want to be removing anything.” Athletic is developing a drink with all the taste components of beer, but without making ethanol at all.

How is that even possible? Athletic, which has attracted the investor buzz of a biotech firm, is cagey about its process. Here’s what we do know: The brewer’s setup relies in part on creating a grain base that ferments—spitting out all the interesting, flavorful stuff in beer—but not into alcohol.

According to Garves, there are a couple ways to pull this off. One is to treat the grain base of a beer with enzymes that lock simple sugars into complex chains that yeasts——the microorganisms that convert grain into alcohol—can’t break down. Another is to use picky yeast strains that will turn up their noses at most sugar. The key is in realizing that yeast does a lot more than just “eat sugar, pee alcohol, and fart CO2,” as Garves puts it.

“There’s a whole fermentation cycle yeast go through where they produce a bunch of different flavors,” she says. The banana notes of a Belgian and the “mild buttery” flavor of an English mild both come from their yeasts. If a brewer breaks the relationship between sugar and yeast in a brew, the yeast can still go on making those other flavors.

The mainstreaming of non-alcoholic beer

Perhaps the biggest sign of non-alcoholic beer’s entry to the mainstream is that it’s not just a disruptor’s game. Starting in 2020, Guinness began making a non-alcoholic stout. On its website, the 250-year-old Dublin brewer describes the brews, dubbed the 0.0 lines, as “dark, ruby red liquid and creamy head, hints of chocolate and coffee, smoothly balanced with bitter, sweet and roasted notes.”

Die-hards were open to it, but also skeptical.  “Smells a bit like Guinness and pissy pants,” said one British Youtube reviewer. “That looks good, a nice creamy head!” says his camerawoman. Sloshing it around his mouth, he says, “It still has a kind of metal-y taste. Like Guinness, I suppose.” In the end, the verdict seems to be: it’s basically Guinness.

How does the stalwart brewer go about nixing its alcohol? “We start with Guinness,” Aisling Ryan, an innovation brewer at the company, told the Evening Standard shortly after the brew’s release. Then, the brewery cold-filters it, a process that involves cooling down the finished brew, and straining it through a membrane to separate out the solids from the alcohol and water. Finally, the alcohol is distilled off and the water returned to the mix.

Does non-alcoholic beer have to taste different?

Even the best of these faux brews are bound to taste different, and there are always going to be some qualities of alcoholic beers that non-alcoholic brews will struggle to reproduce. Ethanol, after all, is more viscous than water, which could be part of why non-alcoholic beverages feel “thinner” on the tongue.

A 2020 study also found that ethanol plays a role in how other smells and tastes fizz out of the beer. Saliva contains a protein that interacts with all the molecules that constitute a flavor. Ethanol gets in the middle of that interaction, causing some molecules to float out into the nose, while dampening others. So even if a non-alcoholic beer has the same components, they’re not making it into your nose in the same way. (Ethanol may also unravel proteins in your saliva, contributing to the mouthfeel of the drink.) The study found that people tended to describe non-alcoholic beers as maltier, and alcoholic ones as fruitier.

That’s certainly not a knock on the non-alcoholic beverages. Some people like malty beer. And if personal experience is anything to go by, there are plenty of fruit-heavy booze-free options. Maybe the biggest sign of non-alcoholic beer’s ascendance is that you can’t write the entire category off as good or bad anymore—there are options to suit different tastes.