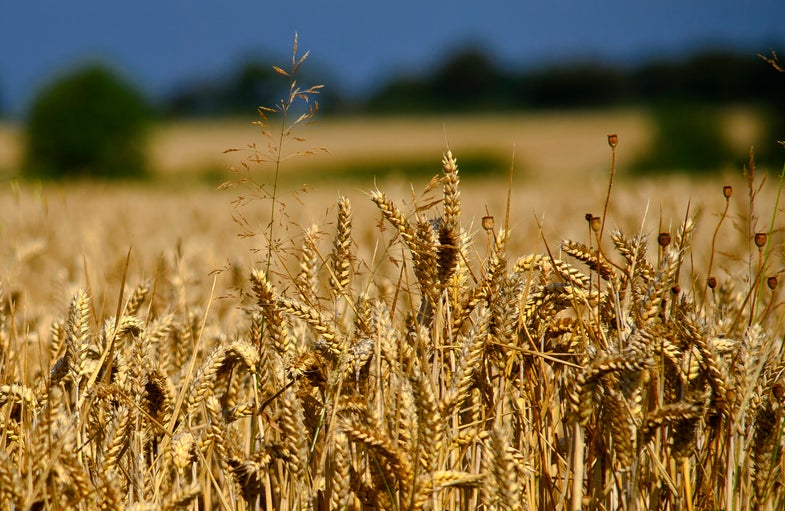 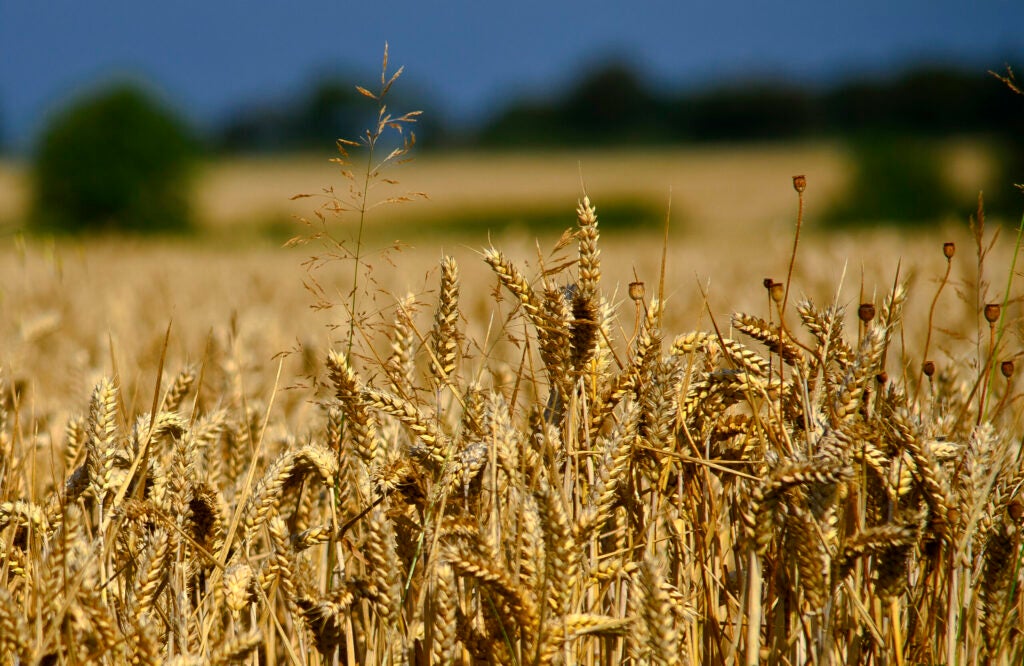 Gluten, a mixture of proteins found in wheat and other grains, can cause serious stomach ailments for people with celiac disease and with celiac-like responses to it.

There is a menace in our supermarkets. And it is nothing short of a dietary WMD: A Weapon of Mass Diarrhea.

Its name is gluten.

Gluten is a mixture of proteins found mostly in wheat, but also in barley, rye, and oats. These grains make up many of our breads, pastas, granolas, noodles, tortillas, and beers. That’s trouble for several million Americans (about one percent of us) who suffer from celiac disease, an autoimmune disorder in which gluten causes the body to attack the small intestine. Several million more people (up to five percent of the population) suffer from “non-celiac wheat sensitivity,” in which gluten triggers celiac-like symptoms—such as stomachaches, diarrhea and depression.

For both groups, gluten is an intestinal bomb for reasons you’ll see below. For the rest of us, it’s benign.

Yet nearly a third of the country refuses to eat gluten. For some, the avoidance is trendy. Others think it will help them lose weight. Whatever the motive, millions are struggling to dodge gluten in everyday products. Non-gluten foods typically offer flavorless consolation; Because gluten is one of bread’s most important components—giving it a chewy texture—baking without it results in some dense and awful-tasting products.

Recently, Italian scientists created a new process that uses gluten-hungry bacteria to strip wheat of all its gluten, allowing them to make wheat-based bread that is gluten-free, and presumably fluffy and tasty. This process might offer a welcome choice to celiac- and celiac-like sufferers, as well as to the countless others who are merely gluten-averse. Gluten is from the Latin word for “glue.” Wheat plants use it to store carbon and nitrogen. When the proteins link together, they form a stretchy complex—just like proteins in tendons or in spider silk.

Gluten is a set of elastic proteins. When the proteins link together, they form a stretchy complex—just as proteins do in tendons or in spider silk. When mixed with water and kneaded, gluten proteins give dough the same elasticity.

Bakers use gluten as a scaffolding for bread. Yeast, a single-celled organism, is added to wheat flour where it consumes sugar via fermentation, resulting in carbon dioxide gas bubbles. The dough captures the gas bubbles and rises with them, creating a network of air pockets supported by the stretchy glutinous skeleton. The gluten proteins lock into place when heated, and the stretchiness turns to fluffiness and breadiness. Cut into any loaf of wheat bread and you can spot the bubbles and their gluten-backed supports. 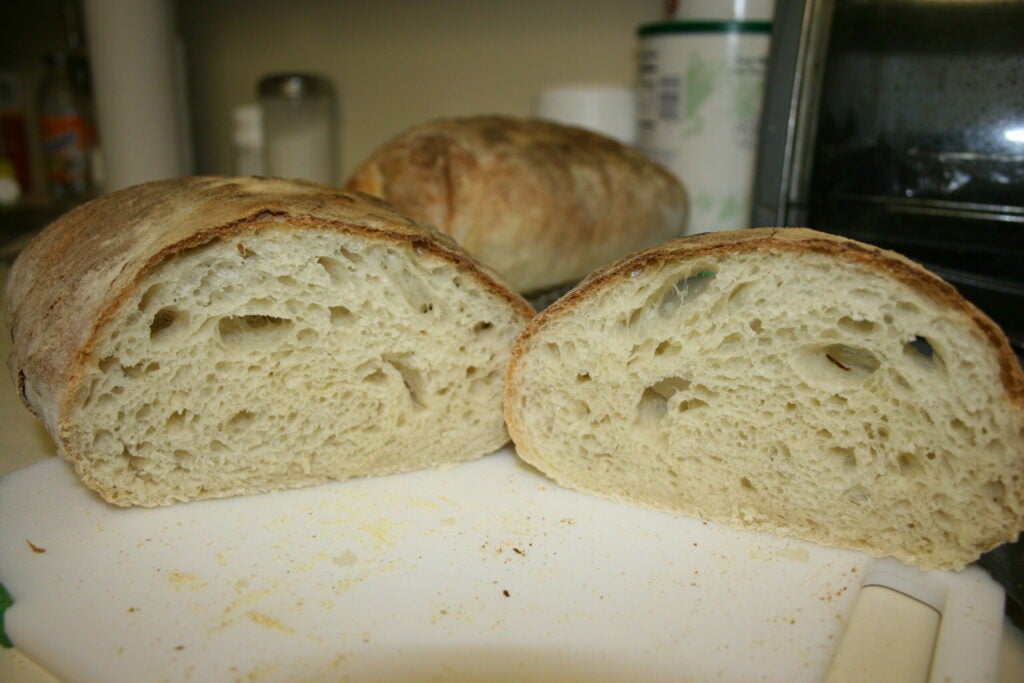 Bakers use gluten as a scaffolding for bread, giving it its fluffy and chewy breadiness. Cut into any loaf of wheat bread and you can spot the bubbles and their gluten-backed supports.

Sounds Tasty. So How Does It Make You Sick?

For most of us, it doesn’t. But for celiac sufferers, gluten triggers the immune system to attack and flatten the villi, tiny finger-shaped protrusions lining the small intestinal wall. This causes a host of gastrointestinal symptoms like bloating and diarrhea. That damage can hurt the body’s ability to absorb key vitamins, proteins, sugars, and other nutrients. This can lead to long-term effects including intestinal cancer and diabetes.

Less well known to most people is non-celiac wheat sensitivity. Some folks simply have allergic reactions to wheat. Researchers have demonstrated that people can suffer a celiac-like immune system response to wheat, but still test negative for celiac disease. (In other words, it’s not in their heads. It’s in their stomachs,) The study’s authors don’t blame gluten specifically for the troubles. They published their results in the journal Gut this past summer. Despite that, many still call the disease “non-celiac gluten sensitivity” anyway. 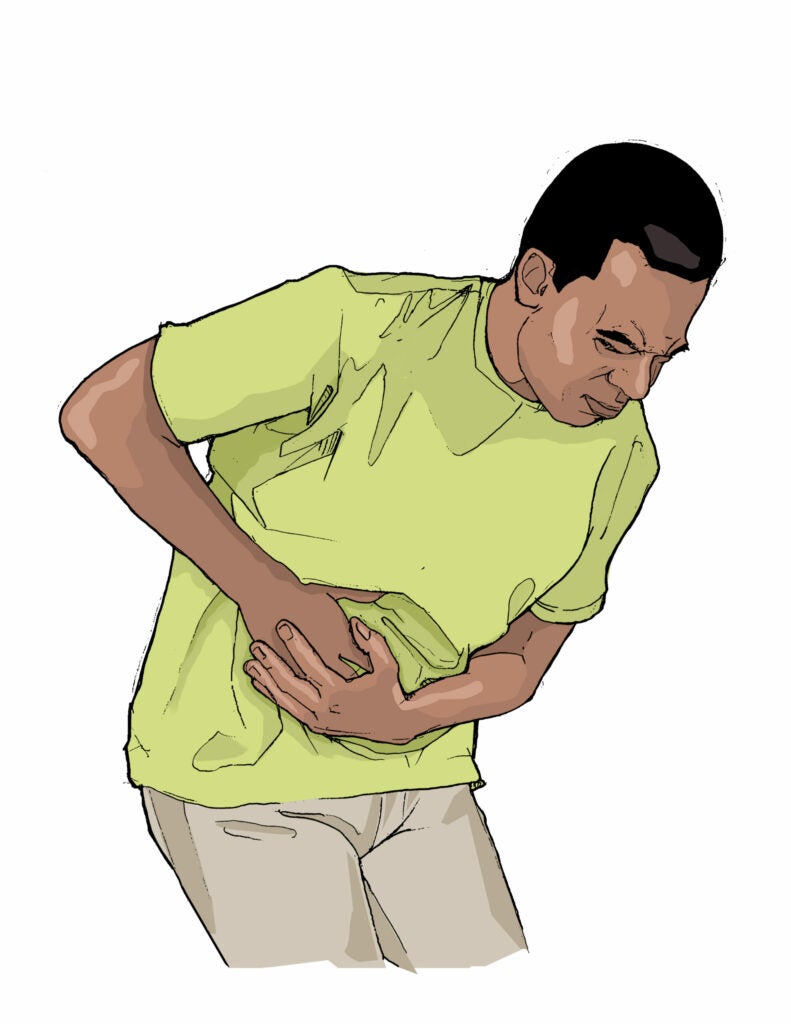 For celiac sufferers, gluten triggers the immune system to attack and flatten out the villi, the tiny finger-shaped protrusions lining the small intestinal wall, causing bloating and diarrhea among other things. The damage can hurt the body’s ability to absorb vital vitamins, proteins, sugars, and other nutrients.

Why don’t they just eat wheat-less bread and get on with it?

They can. And they do. But it’s awfully dense, like biting into a dry scone. That’s because baking without the glutinous support structure is like building a brick house without mortar. The best gluten-free bread recipes require the right combination of alternative wheatless flours to make up for the flavor, and something to bind ingredients together for texture.

Some companies, such as Free Bread, make gluten-free vegan bread loaves using millet, rice, sorghum or other combinations of flours and grains to replace wheat for flavor. The support comes from xanthan gum, a food additive produced by the Xanthomonas campestris bacteria which glues the flours together. The dough is more like a batter with the consistency of buttercream frosting, says Free Bread founder Karen Freer. As such, it needs to be confined in a rectangular container during baking to keep its shape. Her whole-grain bread is dense and crumbly, like stiff pound cake, and tastes hearty, like multigrain tortilla chips.

Such baking is not without its challenges. “There are times where we’ve neglected to put the xanthan gum in the mix and it’s just soup,” says Freer. Plus, the twenty ingredients means each loaf is more expensive than a standard wheat loaf, which might only have five ingredients.

Do more people today have gluten intolerance than in the past?

The prevalence of wheat-related disorders does seem to be rising, but scientists aren’t sure why. The issue could lie in our changing diets and reliance on more processed foods, as Dr. Alessio Fasano, Director of the Center for Celiac Research and Treatment at Massachusetts Hospital, explained to Time . So maybe our bodies and the bacteria living in our gut haven’t had time to adapt to the relatively recent diet changes.

The newfound attention to gluten, and celiac sufferers, however has made a lot more people push it off their shopping lists. “Thirty percent of American households are trying to be gluten-free, but obviously thirty percent are not celiac,” said Hassid, of the Celiac Disease Foundation. “Here in Los Angeles, people decide to be gluten free because it’s Tuesday.”

What about this new process? Does it work?

Italian scientists are trying their hand at a wheat-based, but gluten-free bread by adding lactobacteria—similar to the ones that give sourdough its sour taste—that feast on the gluten, while leaving the rest of the nutrients intact. In September, the scientists reported that their bread tasted and felt similar to sourdough bread, although it still contained a handful more ingredients than regular bread—likely to compensate for the structure lost by removing gluten. They couldn’t be reached for comment. The team published their most recent study in the Journal of Food Science.

But Jeff Hertzberg, doctor and co-author of Gluten-Free Artisan Bread in Five Minutes a Day and the upcoming book, The New Healthy Bread in Five Minutes a Day, wasn’t ready to recommend this solution for those with celiac disease. “I’m skeptical as to whether it’s a holy grail,” he says. “At this moment I don’t have any evidence to suggest that celiacs should take a big bite out of that.”