How the objects we hold become extensions of our bodies

Use a smart phone enough and your brain will imagine it as part of you. 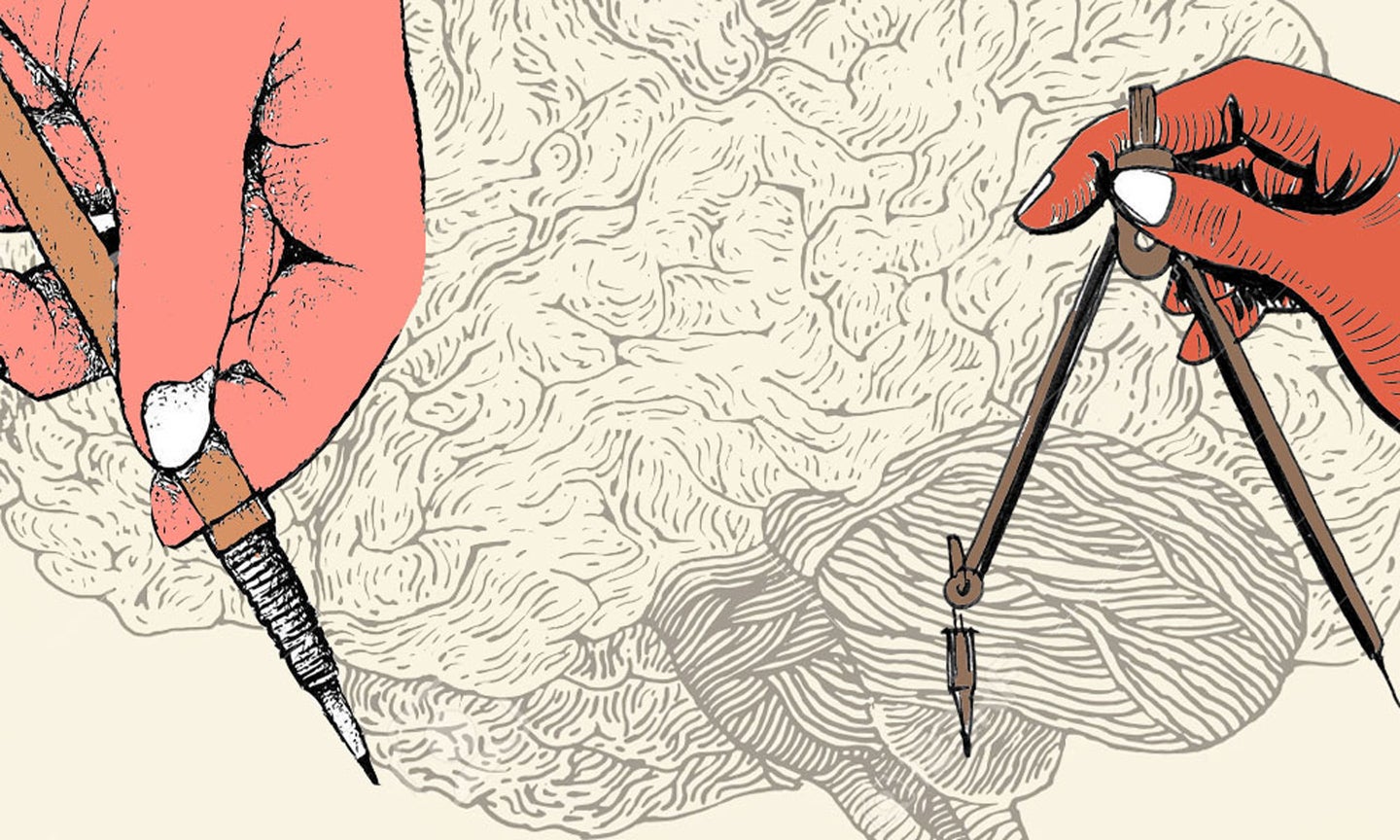 Michael J. Spivey is professor of Cognitive Science at the University of California, Merced, and the author of The Continuity of Mind and Who You Are, from which this article is excerpted. This story originally featured on MIT Press Reader.

Remarkably, neurons that respond specifically to objects that are within reach of your hand will also respond to objects that are close to a tool that’s in your hand. Cognitive psychologists Jessica Witt and Dennis Proffitt found that when they asked people to use a reaching tool (a 15-inch orchestra conductor’s baton) to reach targets that were just out of range, the targets looked closer than when they intended to reach without the tool.

For their study, they briefly flashed a spot of light on a table and then asked people to touch or point to where the spot had been. Interspersed among those touch/point trials were some trials where the person was simply asked to estimate how far away the spot was (in inches). There was a fair bit of variation in their guesses, but on average they were pretty close to accurate, except when they were holding the baton. When they were holding the baton and prepared to use it, a spot that had been 39 inches away was perceived as having been only 35 inches away—a 10 percent reduction in perceived distance just because they were holding a tool in their hand.

Witt and Proffitt theorized that this effect was a result of the brain generating a mental simulation of the reaching movement and thus tricking itself into thinking the object was closer and therefore more accessible when a reaching tool was held. To test this idea, they did a follow-up experiment where they showed the baton to participants and told them to merely imagine using it to reach for the spot of light. When these participants reported the perceived distance of the spot of light, once again there was a substantial compression of that estimated distance. They didn’t even have a tool in their hands. They merely imagined reaching toward the spot with the baton, and that motor simulation caused them to underestimate the distance of the spot. Even if the brain just pretends that the tool is part of its body, then the tool is part of its body.

Twenty years ago, cognitive scientists Matthew Botvinick and Jonathan Cohen demonstrated that you can trick the brain into thinking a rubber hand is part of its body. They had people place their right hand palm-down underneath a table and then placed a rubber hand on the tabletop above the real hand. Then they stroked and tapped the knuckles and fingers of the rubber hand in synchrony with the stroking and tapping of the real hand, invisible under the table. When the experiment’s participants saw the touching of the rubber hand and felt the same places and timing of touching on their real hand, they began to feel a bit as if the rubber hand was part of their body.

In fact, when people are asked to indicate the location of their unseen real hand under these circumstances, their estimates are often shifted almost halfway to the location of the rubber hand. Psychologist Frank Durgin showed that it doesn’t even have to be actual touch on the hands. When a mirror is aligned just right to make the rubber hand look like it’s exactly where the real (hidden) hand is located, the light from a laser pointer traveling along the rubber hand is enough to give people an illusory sensation of warmth, and even touch, on their real hand.

This unusual observation actually has medical applications. Around that same time, neurologist Vilayanur Ramachandran was exploring this kind of phenomenon with amputees who experience phantom limb pain. Phantom limb pain is when an amputee feels excruciating pain in the limb that has been amputated. It might seem impossible, but it makes sense when you think about how the brain codes for that limb and how the brain reorganizes itself upon losing that limb.

For instance, if an arm is amputated just below the elbow, groups of neurons that used to code for the hand obviously no longer receive sensory input from the mechanoreceptors in that hand. Over time, some of those neurons gradually develop connections to nearby neurons that have been coding for the elbow, which is still receiving sensory input.

Sometimes those connections can cause the brain to think that the hand has somehow moved up right next to the elbow. Your brain knows full well that if your right hand were curled up so much as to be close to your right elbow, it would be incredibly painful. (Don’t try this at home.) So, the brain naturally generates a pain response. If the missing limb were still there, some movement of it would quickly allow the brain to figure out that the hand is not at all curled up like that. With the limb missing, there’s no way for the brain to use proprioception to figure this out. However, with visual input, it can.

Ramachandran had the genius idea to place a mirror next to the amputee’s intact limb. When the patient sits in the right position and the mirror is set at the proper angle, the reflection of the intact limb looks to the patient just like a copy of the missing limb, and in a location where that missing limb would naturally be. Movements of the intact limb are visually processed by the patient’s brain as copycat movements of the missing limb as well. Thus, if a patient is feeling pain in their phantom right arm, watching a mirrored reflection of their left hand clench and unclench a fist can train their brain to realize that the (missing) right arm is not at all contorted in a manner that should cause pain. For cramping and other muscular pain in the phantom limb, Ramachandran’s procedure is remarkably effective.

Whether they are tools, toys, or mirror reflections, external objects temporarily become part of who we are all the time. When I put my eyeglasses on, I am a being with 20/20 vision, not because my body can do that—it can’t—but because my body-with-augmented-vision-hardware can. So that’s who I am when I wear my glasses: a hardware-enhanced human with 20/20 vision.

If you have thousands of hours of practice with a musical instrument, when you play music with that object, it feels like an extension of your body—because it is. When you hold your smartphone in your hand, it’s not just the morphological computation happening at the surface of your skin that becomes part of who you are. As long as you have Wi-Fi or a phone signal, the information available all over the internet (both true and false information, real news and fabricated lies) is literally at your fingertips. Even when you’re not directly accessing it, the immediate availability of that vast maelstrom of information makes it part of who you are, lies and all. Be careful with that.